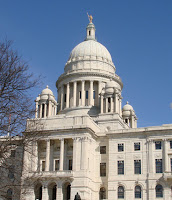 So who NEEDS a gun at the Minnesota state Capitol? A small minority of gun toters must think someone is ready to harm them during an exchange of ideas at a hearing at the Capitol. Or maybe they are so upset with a legislator that they are at the ready just in case. Or maybe people like me will get under their skin causing them to fire off their weapon. Or maybe there are felons lurking in the halls of the legislature. Or maybe there are zombies waiting in the men's room to attack. Or maybe there are so many "bad guys" with guns around that these "good guys" with guns think they can save the day if one of those "bad guys" decide to "go ballistic" during an emotionally charged discussion at the Capitol. Or whatever. I mean, it happens every day right?- "bad guys with guns at the Capitol? I think we should hear the real reasons why the "guys with the guns" must have their guns in public government buildings. I can't figure out this mentality. And neither can this Star Tribune reporter. From the article:

"For perspective, note that Minnesota is one of only about a dozen states that allow handgun packing in their statehouses. Count Texas among these also, though curiously during a recent spat over abortion legislation there, guards at its Capitol confiscated tampons as possible threats to lawmakers’ safety, while waving through without worry our old pals Mr. Smith and Mr. Wesson. Go figure.

In Minnesota, where authorized handgun carriers must notify State Capitol security of their intent to carry at the statehouse, the issue is more clear-cut — kind of.

Here, gun advocates rightly make the point that certain among them have been approved by the state to carry handguns in public, and that the people’s chambers should not be exclusionary as a destination in which this right can be exercised.

Opponents, meanwhile, counter that firearms, whether concealed or exposed, lugged into the Capitol are intimidating, if not utterly wacky, and therefore undercut, or possibly undercut, the free exchange of competing ideas whose proper resolution is impossible when one side battles with words, while the other fights with words and, if only by their presence, our old friends Mr. Smith and Mr. Wesson. (...)

The Minnesota Capitol, a wondrous, historic structure now undergoing a $272 million facelift, is and always has been a fortress without protection. Most days there’s no guard at its doors, not even a moat or helium-filled balloon in the shape of a German shepherd.

Granted, it’s cool that schoolchildren and other gawkers can come and go freely without having their backpacks scanned and their shoes removed. But it’s not very smart policy, and it invites trouble, particularly at a time when, as the front page of this newspaper reports nearly daily, anything goes.

The point is, if we’re going to debate Capitol security, and propriety, then relativity of threats, and problems, should be considered.

Even if, as gun opponents assert (weakly), handgun carriers at the Capitol might gain undeserving consideration of some viewpoints, and/or might implicitly threaten opponents, thereby undermining the Capitol’s long-practiced decorum and even-handed consideration of divergent opinions, by far the greater worry among Capitol regulars and visitors should be that the building isn’t secure.

In this way, Minnesota’s most important structure presents itself to the public differently than most other major businesses (including the Star Tribune) and institutions (think courthouses) in the Twin Cities.

It’s this that should be of far greater concern to the citizenry and especially legislators than the statistically nonexistent “threat’’ posed by legal owners of legal guns legally carried, in the Capitol or elsewhere.

That said, gun advocates should know that the public’s good will on this issue is finite, that most people in this state don’t carry handguns, don’t want to carry handguns, and aren’t comfortable seeing others with handguns, perhaps especially in public meetings where fair play is expected to be — and must be — the governing principle.

So in the end, should handgun advocates insist their rights supersede all others in all instances, the salvo that could ring loudest from this debate is the sound of gun owners shooting themselves in the foot."

Indeed. Now that the gun rights advocates have been so insistent on exercising their "rights" to carry guns in the Capitol, they have called attention to something most people did not know about. The general public does not like having loaded guns around where they gather for peaceful purposes. I know I don't. I was uncomfortable with hundreds of armed gun nuts last winter during the hearings on the gun bills. Some of them were obnoxious and loud. One of them, who happened to know who I was, tweeted at me while I was sitting in one of the hearing rooms to ask how I liked being surrounded by people carrying guns. Tacky and rude. And intimidating. Why did he ask me? To be a jerk, of course. And don't send me any comments demeaning me for being nervous around a bunch of people carrying loaded guns. There are good reasons to be worried. Guns are dangerous and designed to kill or injure. Just check out the Ohh Shoot blog. Further, people are told to turn off their cell phones inside of the hearing rooms and, of course, there is no smoking inside. Why? For decorum and public health and safety. That's what this is all about.

A Star Tribune editorial is asking for a compromise. Is that possible given that the gun rights side is usually all about no compromise when it comes to their "rights"? Sure, both sides were saying things they could have said better. In the end, though, this isn't about right vs. wrong. This is about public safety. That's the bottom line. Since there is no proof that guns in public places protect people from harm, the onus is on the side of proving that there is a need for a loaded gun in a place where the people's business is done. Indeed, there is evidence to the contrary. Guns should not be carried in the galleries where legislators are "sitting ducks" and in hearing rooms where contentious issues can cause tempers to flare. There have been shootings in government buildings, like this recent one in Pennsylvania:

Three people were killed and several more were wounded in a shooting at a town supervisors' meeting in eastern Pennsylvania, officials said Monday night.

Police identified the suspect as Rockne Newell of Saylorsburg. Newell was among those shot and was being treated at Pocono Medical Center Monday night. Police said exactly how he was shot is under investigation.

State police Lt. Robert Bartel said Newell had an ongoing dispute with officials involving the condemnation of his property and issues with his sewer. Bartel said it's not clear whether Newell knew any of the victims shot.

Ross Township's three-member Board of Supervisors meets the first Monday night of the month at the township's municipal building. Monroe County Commissioner Suzanne McCool said it was "the quietest township in Monroe County."

"They are never in the newspaper," McCool said. She said she knew of no controversial issues before the supervisors.

"They are the only township in Monroe County that hasn't had a tax increase in many, many years," she said.

Three people were killed over a dispute over property. Senseless. Other shootings have involved school board meetings, city council meetings, courthouses here and here, at the Colorado legislature here and here. This one happened in a Minnesota courthouse. Enough. I have an idea. Let's wait for more shootings in public places. And I don't mean we need gun permit holders to be at these places to save the day. That is not the answer. What we need is no guns allowed where our leaders do the people's business. I just don't get why guns are not allowed inside of gun shows where all these folks go to buy the guns they think they will need to protect themselves or to carry around with them everywhere they go but are allowed in the places where these folks have decided that they are somehow unsafe.

And let me remind my readers about accidental or intentional gun discharges at gun shows and even by "law abiding" gun permit instructors. Remember gun appreciation day? Stupid and dangerous. Whatever. What the heck is everyone afraid of in a public meeting? If no guns are allowed inside and we tighten up security where children and their parents and others come to view the proceedings of our government, we will all be safer. But allowing guns inside is not the answer. This would be a common sense solution to a non-existent problem. When the Minnesota legislature voted to loosen the state's gun permit law, this was the result. I wonder if they thought about how this was going to work out? This is the law we have. Is this the law we want or need to keep us all safe from the devastation of gun violence in our communities?
Posted by japete at 7:13 AM