More on guns in coffee shops 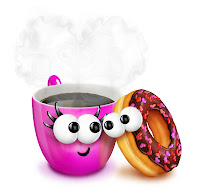 Today, Moms Demand Action For Gun Sense is promoting a "Skip Starbucks Saturday". Why? I have written about this in several posts but most recently, this one. Starbucks allows concealed and openly carried guns into their stores. They say they are just following the state laws. The problem with the state laws is that people didn't used to carry guns around in public places to defend themselves. Why? It really wasn't necessary and it usually doesn't work out very well. Law enforcement understood that as did most of the public. But the corporate gun lobby pushed the law and now all 50 states have some version of it. What the states also now have is an increasing number of accidental and intentional shootings and gun incidents by "law abiding" gun owners in public places.

So it was just inevitable that one of these "law abiding" gun permit holders would get all mad about the coffee or maybe a doughnut and threaten to use his or her gun. Should we be surprised that a coffee shop incident happened in a Florida coffee shop? Florida is having quite a lot of problems with it's loose conceal and carry and stand your ground laws of late. I wonder if the legislature and the governor connect their loose gun laws with shootings and shooting incidents? But I digress. From the article:

Surveillance cameras inside a Florida Dunkin' Donuts store captured footage of two irate customers using a loaded gun to assault an employee because he gave them the wrong kind of coffee.

Jeffrey Wright, 27, and his wife Alexis Longo, 22, entered the Lauderhill establishment around 1 PM on Tuesday after placing a drive-thru order that was apparently botched.

An argument with employee Rajay Hall over the mix-up soon came to blows, with Wright pulling out his fully loaded Taurus Slim 9mm handgun and using it to hit the employee over the head a number of times.

Wright is a security guard by trade, and has a permit to carry concealed weapons.

Both Wright and Longo were arrested and booked into Broward County jail.

A coworker of Hall said he was doing fine. "I heard the blow connect. But he’s OK. He’s a tough kid," said Gary Benjamin.

Sooner or later, when more people carry more loaded guns into more public places, something is going to happen. It's just as likely, if not more likely, to be a "good guy with a gun" than a "bad guy with a gun." Really. Could this phrase, uttered by the NRA's own Wayne LaPierre, be more wrong? In light of the real world and what is actually happening in our country it is a cynical ploy to get paranoid people to buy guns. This ludicrous mantra makes no sense. It's deceptive and it's actually increasing the likelihood that "good guys with guns" are going to shoot innocent people with no guns. It is happening every day. If you don't believe me, check out the Ohh Shoot blog for much more. ( or your daily news media, for that matter). Common sense just tells us that guns are dangerous and we should be not be making it easier for incidents like the one above to happen in public places.

It happened again just a few days ago when a North Carolina woman with a permit to carry and a loaded gun in her purse, shot herself in a Staples store:

A Franklinton mother is facing charges after accidentally shooting herself at a Staples store in Wake Forest.

Authorities say the mother was shopping with her child in the store when then child reached in her bag. The mother went to grab the gun and it went off, shooting herself in the hand.

The woman was taken to WakeMed for treatment.

The mother, 29-year-old Danielle Hayes, is expected to be charged with failure to secure a firearm from a minor. She did have a carry conceal permit.

So, a loaded gun in a purse and a 2 year old curious child who gets into the purse? Stupid and dangerous. The woman was law abiding until suddenly she wasn't. She was lucky. Where is common sense? The gun rights advocates keep saying that these incidents are rare and that the people involved are just being careless with their guns. Of course. That is the point. Too many people with loaded guns in public are being careless with their guns. We simply cannot afford for that to happen. If people were not carrying loaded guns around in public, these things would not be happening.

You might remember that I wrote about the woman who shot her co-worker at a Wisconsin Walmart store in a previous post. It turns out that she was a "law abiding" gun permit holder. Really dear readers, how many more will it take? What will it take before our state legislators decide to re-visit conceal and carry laws. They are not working out well. We just can't have this much collateral damage in order to satisfy the demands of a small minority of gun nuts. Since the chances of using a gun in public to stop a crime or stop a shooting are slim to none, and the chances of that gun going off accidentally or intentionally are greater than the chances of using a gun for self defense, what are we doing? Aren't we better than this as a country? I hope so. It's time for a change. Let's get to work.

You might like this video about the Skip Starbucks Saturday promoted by Moms Demand Action for Gun Sense: