Claims of racism in gun incidents 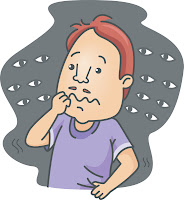 After the George Zimmerman trial's outcome, there has been a conversation going about whether or not Zimmerman targeted Trayvon Martin because he was Black. Young black men and their parents reacted to the trial by having the discussion about what it means to be black in America. Are black Americans more vulnerable to hate crimes and killings than white Americans? What about gangs? Are gang members mostly made up of people of color? Are there more black on white killings than white on black killings? Are young black boys more likely to kill people than young white boys? The answer is actually, No. Read the above articles.

All of these questions are relevant considering recent events. And considering that today is the 50th Anniversary celebration of the March on Washington, they must be discussed. Are we better off than we were 50 years ago considering race relations and racial equality? There has been a lot of discussion of that in the media given the recent Supreme Court decision to gun the Voting Rights Act. As soon as the decision came down, many states proceeded with attempts at voter suppression. We all know who these new provisions will hurt the most. People of color, of course. Even Republican General Colin Powell is speaking truth to power about these attempts to stop some Americans from voting.

The other nonsensical and dangerous conversation thread coming from the far right involves racial accusations about the tragic shooting of an Australian baseball player in Oklahoma. I wrote about this in a previous post. One of my commenters responded with some right wing talking points about the shooters which got me thinking about where this was coming from. It didn't take long for more discussion about this to ensue on both sides of the spectrum. What I found were some incendiary and hyperbolic statements and even some that made absolutely no sense at all from right wing media sources. They are disturbing. Here are a few:


There's more of this baseless and ugly stuff. This is exactly what we don't need right now in America. It is a political and gun culture gone wrong and should not be acceptable. Why do these folks continue with this line of attack? What is the purpose? Do they actually believe this stuff? Unfortunately there is a small segment of America that does. And ramping up this fear and paranoia of people of color is making our country a more dangerous place. There is no evidence for their claims.

Meanwhile, the Australians have seen this shooting for what it was. Not a racial crime but an American gun culture gone wrong. The former deputy Prime Minister of Australia spoke out when he said this:

“The U.S. has chosen the pathway of illogical policy with regard to guns," Australia’s former deputy prime minister Tim Fischer said Friday. "They cannot expect not to have any criticism of it worldwide.”

“I am angry because it is corrupting the world, this gun culture of the United States.”

His remarks came as the family of slain catcher Christopher Lane struggled to understand why three teens killed him, apparently telling cops they were bored.

"He was a kid on the cusp of making his life," the victim’s father, Peter, told The Age newspaper in Melbourne. "He gave up a lot to follow his dreams. There's not going to be any good come out of this because it was just so senseless."

Lane, 22, had left Melbourne to attend East Central University in Ada, Oklahoma, where he was on a baseball scholarship.

Fischer said the lack of gun control in the U.S. had led to a massacre “each and every year since 1996” - in contrast to Australia, which has restrictions on firearms ownership.

He said the majority of illegally obtained guns used in crimes in Australia and Mexico had come from the U.S.

He added that he was not against guns, and kept weapons at his rural home, but added: "I am in favor of firearms sensible regulations to have the best of both worlds.

Three teenagers have been charged in what some are calling the "thrill killing" of a college baseball star after one of the suspects told officials "we were bored. We had nothing to do. We decided we'd kill somebody."

"Anybody can tomorrow go to a gun show in Oklahoma or California and buy a gun without a simple background check. That is illogical.”

He also said Australians should “think twice” before visiting the U.S.

"I’m not using the word boycott but I do say Australians should think twice and take into acct the risk of going to the USA in the circumstances that unfold there," saying visitors would be "15 times more likely to be shot dead than if they stayed in Australia, per capita."

Fischer is expressing a view that is shared by many outside of the U.S. What is wrong with our gun culture? How do 3 young men, bored on a hot summer day, get a gun and decide that killing an innocent young man, out for a jog, is a good idea? Where did the gun come from? Teen-agers can't buy guns. As we say on the Kid Shootings blog, "every gun in the hands of a child must first pass through the hands of an adult." That is what this discussion should be about. This is not a racial issue unless evidence emerges to the contrary. Until then, it is only fanning the flames of racism and paranoia about American minorities and it is the ugly underbelly of America emerging for all to see.

If you, like me, believe that we can do something to stop the senseless shootings, please go to Voices Against Violence and make your voice loud and clear about passing common sense gun laws. Our politicians need to hear from the reasonable people who don't agree with the corporate gun lobby and the far right media. What we are doing now is simply not working. It's time for a change. Let's get to work.
Posted by japete at 8:56 AM