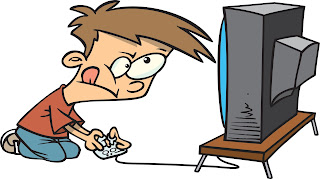 This is not what I had planned for my next post but this story is so tragic and awful that I decided to write about how an 8 year old boy accessed a gun and shot and killed his elderly care giver. There are so many things wrong with this story that I hardly know where to begin. From the article:

According to WAFB-TV, the shooting, which the East Feliciana Parish Sheriff's Office has called a homicide, took place in a mobile home park near Slaughter, La. The woman, who was pronounced dead at the scene, was reportedly found with a gunshot wound to the head. It is believed that the 8-year-old shot her while she was in the living room watching television.

"Although a motive for the shooting is unknown at this time, investigators have learned that the juvenile suspect was playing a video game on the Play Station III "Grand Theft Auto IV", a realistic game that has been associated with encouraging violence and awards points to players for killing people, just minutes before the homicide occurred," a statement issued by the Sheriff's Office said.

As Fox News notes, "Grand Theft Auto" is rated "M" for mature audiences and recommended for teens and adults aged 17 and older.

The woman, who has been identified as Marie Smothers, has been described as the "current caregiver" of the boy. It is, however, still unclear what her relationship was with the child. There is also conflicting information as to Smothers' age, with some news outlets identifying her as an 87-year-old woman and others indicating that she was 90.

The boy, whose identity has not been made known, has reportedly been released into the custody of his parents. According to the Advocate, the boy will likely not be charged with the crime because of his age, as dictated by Louisiana law.

Though the 8-year-old initially told investigators that the shooting was an accident, police say they believe the boy intentionally shot Smothers. But Law enforcement officials also said the child is believed to have had a "normal, loving, relationship" with the victim.

The gun used in the shooting is thought to have belonged to Smothers, according to the Advocate.

Experts have long debated -- and are still divided on -- the matter of whether or not violent video games, TV shows and movies trigger aggressive behavior in young people.

Why did this elderly woman have a gun out and loaded readily accessible to an 8 year old in her care?

Why was the boy playing "Grand Theft Auto", a game not at all suitable for 8 year olds?

Without the gun, this would not have happened.

It wasn't the video game, though letting this boy play the game was irresponsible at the least. It was the gun.

There is no conclusive evidence that video games cause children ( or adults for that matter) to act out the pretend violence with real violence.

There is evidence that loaded guns accessible and in the hands of young children can lead to tragic shootings. Just check out Kid Shootings if you don't believe me. There are way too many tragic incidents listed on this blog and the ones there are not all. It's too hard to keep up with the number of kids injured and dead from gun fire or kids shooting other kids or adults.

Is this the kind of country we want or need to keep our children and our communities safe and free from the gun violence that is so devastating to so many people?

There is no logical explanation for any of this. There are no excuses from the gun rights extremists. The corporate gun lobby and its' minions can't keep hiding these awful gun incidents and continue with their agenda that more people need guns in their homes and in public for self defense. Their arguments are specious, nonsensical and cynical. Follow the money. It's sick and senseless.

Where is common sense?
Posted by japete at 11:09 AM