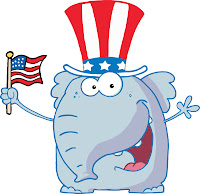 I'm just saying.... guns are dangerous. Every day bizarre and tragic incidents occur that take the lives of another human being. Why? Because there are too many guns in circulation in America. Eventually, many of those guns are going to be used. Why? Because we have a corporate gun lobby that exploits the second amendment to stop common sense gun legislation and promotes loosening gun laws. Why? Because there are too many irresponsible gun owners who leave guns around loaded and unsecured so they can be stolen, used by a teen or another household member in a suicide, used in a stupid and dangerous accidental discharge or shooting by a child. Why? Because somehow we, as a country, have decided that we will put up with a certain number of gun deaths and injuries. Why is that? Because we make it too easy for people to get guns and ammunition; Because we haven't done due diligence with public safety campaigns to educate people about the danger of guns; Because we have allowed the corporate gun lobby to prevent research into the causes and effects of gun violence; Because we allow way too many people to carry guns around in public places; Because we pass laws that allow people with guns to murder someone and get away with it.

So many articles come across the Internet that some days it's just plain hard to keep up with it. The gun rights extremists hate these articles because they show a world of guns and gun rights gone wrong. They show that the corporate gun lobby is deceiving lawmakers and the public about the real problem- too many people are dying. So here now, are some of the many articles that show clearly that we have work to do to change the current gun culture and loose gun laws. Without elaboration, I will make a list:

There is so much more and always is. This is America where 30,000 people a year die from bullets. This is America where the corporate gun lobby has a hold on some of our lawmakers. Many of them have realized that they have been supporting the wrong ideas- especially after 12/14. They now must take the action that Americans deserve to stop the senseless shootings that take the lives of first graders, movie-goers, police officers, toddlers, spouses/partners, college students, fellow workers, people gathered at shopping malls, suspicious looking teens........

We are better than this. It's time for a change.

Just moments after I posted this, I read about yet another mass shooting in America- the 2nd in just a few days. A Florida man shot 6 people in an apartment building before the police shot him in a shoot-out involving hostages and an innocent man walking in his neighborhood as well.

It turns out that the shooter in the Florida hostage situation, Pedro Vargas, was a concealed carry permit holder. He was law abiding until suddenly he wasn't. That is what happens when more and more people are issued permits without strong background checks. From this article from the right wing rag, The Daily Caller, Mayor Bloomberg is criticized for not commenting on the shooting but the article failed to mention that the shooter had a legal permit to carry. Go figure. I guess that doesn't matter to them. Here is a video news story about the shooting with the information about the shooter at the end: