The right to bear a tampon 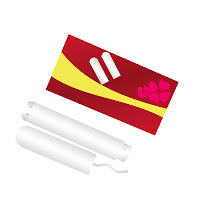 Yes folks, we're going there. The Texas legislature is going 'round the bend. Legislators are free to carry their loaded guns around in the legislature just in case.... just in case of what again? Are they afraid of their constituents? Why? What could they possibly be doing to anger their constituents to the point of endangering their lives? They have just voted to take away women's rights to choose their own health care. In an arrogant show of stupidity and misinformation, the Texas legislature has voted to severely restrict a Constitutional right. No wonder people are so angry. I mean, what if they had voted to ban guns? Imagine the fuss. The armed Texas citizenry, of which there are many, would have shown up with their guns to intimidate lawmakers into backing down. This happened in the Minnesota legislature just this year. Armed citizens showed up in the halls and hearing rooms with their guns openly holstered to let lawmakers know that they had better not "trample on their Constitutional right to bear arms." Never mind that passing reasonable gun laws does no such thing. One can still own a gun for self defense, hunting and other recreational purposes even with a law that would require background checks on all sales and lower the number of bullets in a magazine. It doesn't go too far. It doesn't take away a right. It doesn't confiscate guns. But I digress.

Now we have the confiscation of tampons and other items in the Texas legislature to make sure women won't use them as projectiles. I love the title of this post- "Only a good guy with a tampon can stop a bad guy with a tampon." Seriously. From the article:

Apparently, conservatives believe progressive activists will, after the vote, throw tampons at Republican state lawmakers who approve the bill. So, anything that "can be thrown at" the senators is being confiscated before citizens can enter the gallery.

Sometimes the war on women is offensive, and sometimes, it's just farcical. When tampons are considered more dangerous than loaded firearms, I think it's safe to say Texas Republicans have gone off the deep end.

Ironically, GOP leaders in Austin said they intended to prevent a "circus atmosphere" in the state Senate today. So much for that idea.

You just can't make this stuff up. Eventually, when this confiscation got so much attention on social media and elsewhere, women were allowed to keep their tampons. I mean, being a woman does involve the need for these sanitary items. Unless of course, you are pregnant. I guess the irony is totally lost on these Texas legislators as they cynically and hypocritically just made it very difficult if not impossible to exercise the constitutional right to an abortion. With rights come responsibilities and some restrictions. Abortion comes with some restrictions already. And the responsibility of the health providers who perform abortions is to do them in a safe and sanitary facility. No one wants an abortion. Sometimes they become necessary or a viable option to carrying a pregnancy to term. That is a right and it is a right that should be exercised by the woman involved and her health care provider. The hypocrisy of all of this is that the conservatives love government intervention when it suits their purposes but when they want to hate the government and rail against any government intervention, they are sure to be more than vocal. They might even show up with their guns.

These are not simple issues and shouldn't be treated as such. If the bottom line is freedom to choose health care options, then the right to an abortion is one of those freedoms. If the bottom line is freedom to protect one's family and enjoy a sport, then the right to own a gun is one of those freedoms. But we should be dealing with these issues on an equal plane and not for political purposes. If we agree that the right to have an abortion should not interfere with someone else's right to get pregnant and keep their child and love and protect that child from danger, then we might get to some common ground about what Roe v Wade means:


Court ruled 7–2 that a right to privacy under the due process clause of the 14th Amendment extended to a woman's decision to have an abortion, but that right must be balanced against the state's two legitimate interests in regulating abortions: protecting prenatal life and protecting women's health. Arguing that these state interests became stronger over the course of a pregnancy, the Court resolved this balancing test by tying state regulation of abortion to the trimester of pregnancy.

If we agree that the right to own a gun should not interfere with someone else's right to be safe from gun violence, then just maybe we can come together about what the Heller decision actually means:


Like most rights, the Second Amendment right is not unlimited. It is not a right to keep and carry any weapon whatsoever in any manner whatsoever and for whatever purpose: For example, concealed weapons prohibitions have been upheld under the Amendment or state analogues. The Court’s opinion should not be taken to cast doubt on longstanding prohibitions on the possession of firearms by felons and the mentally ill, or laws forbidding the carrying of firearms in sensitive places such as schools and government buildings, or laws imposing conditions and qualifications on the commercial sale of arms. Miller’s holding that the sorts of weapons protected are those “in common use at the time” finds support in the historical tradition of prohibiting the carrying of dangerous and unusual weapons. Pp. 54–56

So protecting women's health is a consideration. Protecting pre-natal life is important. The right to privacy is important. How did all of this become what legislatures are trying to do today? Guns are actually dangerous and I write about that on this blog. Guns are designed to kill or injure. How did the discussion about the right to own guns get so tangled up and confused with absolute freedom with no restrictions? But I digress again.

Let's get back to the first topic on this post. Can a tampon be dangerous? Here are instructions for making a "tampon blow gun". This looks pretty dangerous to me- especially the high capacity magazine that goes with the gun. And further, wouldn't it be better to allow the conceal and carry of these tampons in purses? Do women have a right to bear and conceal tampons? Women actually NEED tampons, yes, even at the legislature, for obvious reasons. But do citizens actually NEED guns in the legislature? One involves stopping the flow of blood, the other involves the possibility of making the blood flow. If we didn't laugh, we'd cry over what conservative legislatures are doing all over this country. And the hypocrisy of their thinking seems to be totally lost on them. Guns are allowed. Tampons are not. The right for women to choose their own health care, not so much. Which is more dangerous?

Which brings me to the idea that guns should be carried everywhere, even in state Capitols and legislative hearings. I thought I would share this article with my readers. From the article:

With permit data difficult to come by, it’s hard to know what effect (if any) the rise of concealed carry has had on rates of violent crime. The data that do exist, however, do not indicate that a concealed-carrying public is a crime deterrent. The National Research Council released a study in 2005 that said the effect of concealed-carry laws on gun violence was inconclusive. Abhay Aneja and John Donohue of Stanford and Alex Zhang of Johns Hopkins authored a critique of the NRC’s study in 2011 that identified an increase in aggravated assaults in states where concealed-carry laws were passed. Other areas of crime, the 2011 study observed, did not show a consistent pattern.

In the absence of data, all we have are conflicting anecdotes about the dangers and benefits of a well-armed citizenry. On one side there’s George Zimmerman, who was granted a concealed-carry permit in Florida, which allowed him to legally carry the 9 mm pistol that killed Trayvon Martin. On the other, a student at the Appalachian School of Law killed two school administrators and a student with a handgun in 2002. According to some accounts, he was stopped from potentially causing greater carnage by fellow students who were armed with handguns, enabling them to tackle the shooter without fear of injury.

In one story, access to a lethal weapon resulted in the death of a 17-year-old. In the other, a rampage was stopped short because responsible citizens were armed. Which narrative is more representative of reality? In the absence of more robust reporting requirements, we can’t say for sure. And in the meantime, lawmakers in every state have passed laws without the slightest idea of the consequences. All we can do now is hope they guessed right.

Hope is the operative word. The Violence Policy Center keeps track of Concealed Carry Killers. Since 2007, 516 people have been killed by gun permit holders and 24 mass shootings have been carried out by people who had a legal permit to carry a gun in public. I suggest that is not a good record. That is 24 mass shootings too many. That is 516 dead people too many. Hoping that people won't be killed by gun permit holders is not enough. Evidence matters. Facts matter.

As long as pro life legislators keep acting on scanty information and information is purposely squelched by the corporate gun lobby for political purposes and agendas, the public is not safer. As long as legislators keep attacking women's rights by touting their fact free reasons to do so for political purposes, women are not safer. In fact, because of the actions taken in Texas and other conservative states, the health of women who choose an abortion for legitimate reasons could be at risk. At the least, carrying an unwanted pregnancy to term could result in a worse life for these women and the children who are born as a result. What's pro-life anyway? Isn't saving lives of those born and living amongst us important? Isn't preventing deaths and injuries of those living amongst us important? Once the children are born, what then? Should we provide for them and keep them safe no matter their economic status, their race, their religion, their sexual orientation? And further, as long as legislators don't see the hypocrisy in allowing loaded guns everywhere but not allowing a woman to make her own health care decisions, we will be mired in this quicksand of public policy debate that doesn't lead to a better and safer society for all of us.

These are important and controversial issues and cannot be simply resolved. Lives depend on our getting these things right. Our country deserves to have national discussions about women's rights and gun rights. Decisions should be made with the facts and evidence and the best interests of our citizens as the end goal. This should not be about party politics.That applies to all sides of the issues. Common sense and common ground is what will get us to a place where every American can exercise their rights to life, liberty and the pursuit of happiness.

I know that some of my readers will never agree with what I have written here. I don't intend for this post to become a punching bag of opinions about abortion and gun rights. We've had that discussion many times before here. I am looking for some common ground and some reasoned discourse. That has been lacking and that has what has led us to the place where tampons are not allowed in state legislatures but loaded guns are. Enough is enough.
Posted by japete at 10:36 AM