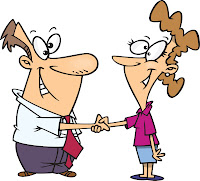 In my last post I asked if it was possible to have some common sense discussions about keeping us all free from the gun violence that devastates our communities. Common sense is coming from a lot of corners these days. This article, written by Shira Goldman from Ceasefire Pennsylvania, is speaking the language I have been using. That is because people who believe that passing reasonable gun laws is a good idea have the same thoughts. And that would be the majority of us. I don't know this person nor have she and I or her organization had any contact. But those of us urging the passage of background checks in our states and at the federal level have been asking for some meeting in the middle. It is possible to protect rights and pass laws. The second amendment can and does co-exist with common sense gun laws. For if we had no laws at all, where would we be as a country? From the article:

On July 17th, the deafening silence on gun violence prevention in Harrisburg was broken when the state House Judiciary Committee considered a proposal to strengthen background checks. (...)

The hearing was particularly timely, coming as it did on the heels of the not-guilty verdict in the George Zimmerman trial and just as we reached the one year anniversary of the Aurora movie theater massacre.

Expanding the background check system to cover private sales of long guns – the one type of sale not subject to background checks -- offers a way to successfully navigate the tough issues of safety and rights that always seem to dominate discussions about gun violence.

Safety and rights – these seemingly simple concepts are fraught with tension and challenge us to answer complex questions.

Whose safety and whose rights? Which rights – the right to be free, to be safe, to bear arms? Are they mutually exclusive? What happens when these rights collide? Who has a right to feel safe? What does this mean and how does it impact those around us, including those who may make us feel unsafe? And why, when we talk about these things does it always seem that we can’t hear what others are saying?

I provide examples every day of law abiding and not so law abiding people who shoot people they know and some they don't know. Some of these folks are "law abiding" simply because we allow them to buy guns from private sellers or through straw purchases or guns are stolen from careless gun dealers or law abiding gun owners. There are people who shouldn't be able to buy guns or get their hands on guns but we make it easy for these folks to get them. Guns are dangerous and designed to kill or injure another human being. It should be hard for people to get them. Most other civilized countries not at war have recognized this fact and they have passed laws to make purchasing a gun difficult but not impossible. It's no more difficult to get a background check on a gun sale than to show a driver's license when buying a six pack. It's easier to get a background check on a gun sale than it is to get a driver's license or buy a car. When I recently purchased a washer/dryer for my cabin, I had to guarantee that someone over 18 would be there for the delivery. I had to sign a bunch of papers. Why should guns be any different?

In America, we have even law enforcement officers ( Chiefs of Police to be exact) who get away with making provacative and dangerous remarks in videos like the one below ( ironically from a Pennsylvania town):

Is it possible to have any kind of reasonable conversation with a Police Chief who says what he says and does what he does on video? From the article:

Kessler has uploaded several profanity-laced videos to YouTube. In one video, Kessler berates “libtards” and warns of an armed rebellion against the government.

“F*ck all you libtards out there, as a matter of fact, read my shirt,” he says, turning around to show a message on his back which read, “Liberals take it in the a**.”

In a video on basic pistol defense, Kessler repeatedly shoots a picture of scary clown, which he says is Rep. Nancy Pelosi (D-CA). He calls Secretary of State John Kerry a “c*cksucker” in another video before firing off an automatic weapon.

Tuesday on his Facebook page, Kessler called for a massive rally to “show these tyrants we will not stand for any more violations on our constitution or our freedoms.”

“I’m calling on all true Americans , all militia members, all true oath keepers to assemble, be ready to march on a tyrannical county government right here in Schuylkill county Pennsylvania, democrats are the true enemy of our country, our freedoms, our constitution, along with liberal news agency’s , liberal news reporters, much like hitlers nazis , time we clean these antiamerican thugs from office,” he wrote.

Kessler is also a freshman member of the North Schuylkill School Board and founder of the Constitution Security Force, which lists the Southern Poverty Law Center as an “anti-American organization.”

On the local school board? Good grief. Where is common sense?

Let's hope the Mayor of Gilberton, PA changes her mind about keeping this guy in his position. With a population of 769, perhaps the rest of the town supports the same views. This small town needs to look at the image portrayed by a Police Chief who has clearly gone radical. This is simply not acceptable. This man is in charge of the public safety of a town. Whose rights is he protecting here? Raise your hand if you think this is the behavior you would expect of your Chief of Police.

And so we have work to do. Someone like Chief Kessler represents a minority of Americans whose voices are loud, obnoxious and sometimes threatening. We can't continue to let them make or be in charge of public policy. They are not representing the rights of the majority to be safe in their communities. For that is what this is all about and nothing more. In my post from yesterday, one of my commenters said this (not a published comment): " It's not paranoia. You are out to destroy our rights. Stop pretending your not. " (spelling his, not mine). You can see that this small group is uncompromising and unyielding.

So, back to the first linked article:

There has been steady support for background checks among gun owners. Law abiding gun owners understand that the minimal time and cost of background checks is worth the great benefit the checks provide. As U.S. Sen. Pat Toomey, R-Pa., explained, “This is not about gun control; it’s about common sense.”

Not every issue can unite us in this way, and even with this issue, we have faced challenges. Those who oppose change seek to create a false dichotomy. The powerful gun lobby, which cares only for profits and power, has worked hard to make it seem as if there is no common ground. But this is a myth.

People on either side of the rights/safety dichotomy can come together and find solutions, if we have the will and the patience to work together. The key thing we share is what bridges the gap -- value for the right to be safe. Common ground that promotes that value, increases safety and does not burden other rights, is the path forward.

Let's get to work. As a country we are better than the paralysis caused by the deep and perceived polarization about gun rights. We do know that the majority wants this to happen. It's time for change. We can do this.
Posted by japete at 12:39 PM