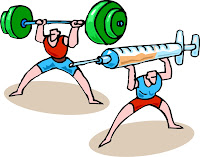 My readers may remember the several posts in which I referred to the right wing political and gun extremist Adam Kokesh who had a pro gun rally scheduled for July 4th in the nation's capitol. He got himself into some trouble when he showed up by himself with a presumably loaded gun at Freedom Plaza in D.C. and then made a video of himself with the gun. This, of course, is illegal. ( You've got to love him going to a plaza named after Martin Luther King). No guns are allowed in public places in Washington D.C. thank goodness. Think of the tourists from all over the world encountering gun loons walking around with loaded guns while they are trying to enjoy the Lincoln Memorial or the Vietnam Memorial. Imagine the diplomats and foreign leaders traveling through the city in their cars exposed to crazy folks with guns whose intentions are sinister at worst or just plain stupid at the least. But never mind. Adam Kokesh and his minions think they know better. Follow the laws already on the books? Not them.

Adam Kokesh has met up with the law and a judge who sees right through his shenanigans and dangerous behavior. He will be spending more time in jail and we will all be better off for it. From the article:

A D.C. Superior Court judge called a Virginia-based gun-rights activist “dangerous” Monday and ordered him to remain in D.C. jail until trial.

Magistrate Judge Frederick Sullivan ordered Adam Kokesh, 31, to remain in jail on charges of carrying a firearm in the District outside of his home or office. Kokesh was charged with allegedly loading a shotgun in Freedom Plaza on Independence Day, recording it and downloading the video to Youtube. (...)

A video posted on YouTube that appears to show activist Adam Kokesh loading a shotgun in Freedom Plaza.

According to court records, Kokesh posted the 23-second video to YouTube showing him holding a 12-gauge, pump-action shotgun and loading what appeared to be live shells while speaking into the camera. Kokesh is then seen racking the slide of the shotgun. A caption in the video says Kokesh is in Freedom Plaza.

When authorities searched his home in Herndon, they found nine weapons, including a Smith & Wesson .357 magnum handgun, a .22-caliber rifle and a Maverick Arms 12-gauge, pump-action shotgun. Police also found ammunition and marijuana, mushrooms and “other suspected narcotics,” according to documents.

Kokesh allegedly told police at the time of their search: “I’ll help you out, check in the headboard.” That’s where police found the shotgun, according to the documents.

During the hearing, Kokesh, wearing an orange D.C. jail jumpsuit, sat next to his attorney, Peter Cooper, as Cooper tried to argue that there was no proof that the shotgun in the video wasn’t just “a prop” or that the shotgun recovered at his client’s home was the actual shotgun used in the video. Cooper argued that his client was merely “making a political statement.”

Under questioning, the lead detective in the case, Park Police officer Robert Freeman, said the shotgun recovered at Kokesh’s home had four loaded shells, the same number Kokesh is seen loading into the shotgun in the video.

Cooper also argued that his client lived with eight roommates and that there was no evidence that the guns recovered did not belong to one of the roommates.

The judge said he found “probable cause” that Kokesh did violate the District’s gun laws. ”I consider your client a very dangerous man,” Sullivan said. “You don’t make a political statement with a gun.”

The hearing often became contentious as Cooper and Sullivan argued. At one point, one of Kokesh’s friends sitting in the audience was ordered out of the courtroom. The friend, the marshals said, was trying to take a picture or video of Kokesh with his cellphone. Taking pictures in the courtroom is against court policy.

Kokesh’s next hearing is scheduled for Aug. 13.

What I really enjoyed about this article are the ludicrous comments from the gun loons at the end of the article. You just can't make this stuff up. I suggest you take a look to know just who is trying to influence public health and safety laws in America. For starters, look at the video of Kokesh, now in question:

Kokesh joins "Officer" Kessler from Gilberton, PA as poster guys for what the corporate gun lobby has done to our country. The NRA lobbyists, protecting the gun industry, have instilled this ridiculous fear and paranoia in their believers. Common sense should tell us that we should just render these guys irrelevant and not pay much attention to them. But we must pay attention because they are dangerous and they represent a group of folks intent on proving points while using guns. Guns are dangerous. These guys are arrogant and disturbing. Our lawmakers should ignore them if they can. But when threats are made from the "guys with the guns", it's difficult to ignore them. This has to stop. We live in a civilized society where we don't need loaded guns in public and/or gun extremists making political points while carrying guns.

A recent rally at a Starbucks in Sioux Falls, South Dakota shows us how ridiculous the "discussion" about gun rights has become. Folks carrying guns on their shoulders and in holsters thought they would show others how "civilized" they could be. From the article:

Rierson organized a Sioux Falls chapter of South Dakota Open Carry event that saw about 60 people carrying handguns, semi-automatic rifles and a few shotguns, plus a handful of children and a dog, march from near Yankton Trails Park to Starbucks at 418 S. Minnesota Ave. After stopping for coffee, many planned to walk back.

While there is no pending legislation in South Dakota to prevent people from carrying firearms in public, one of the participants, Dain Hofstee, said he pushed his 1-year-old twin daughters, Alexandra and Alexis, in a stroller while carrying a rifle and a handgun as a pre-emptive gesture.

Right. If they want to change the public perception about firearms, how about if they support common sense gun laws. The public knows full well the damage done by firearms and, as a result, they support doing something about it. Most people don't care to see others with loaded guns marching around in public. Why? People with guns kill other people in public places. Like at shopping malls, at political gatherings at a Tucson shopping center, colleges, in work places, elementary schools, middle schools, high schools, apartment buildings, gun ranges, military bases, coffee shops, .... And what is the matter with corporate Starbucks anyway? There have already been 2 accidental gun discharges by law abiding gun carriers in their shops (here and here). What if someone had been seriously injured or killed? I am betting Starbucks would change their policy in a hurry if someone sued them for allowing loaded guns inside. I do love this video from the story about the open carry rally in Sioux Falls:

Raise your hand if you agree with the guy who says that he just loves to see families out pushing babies in strollers with loaded assault weapons carried by their parents. Good grief. What kind of communities do these people think they live in anyway? Sioux Falls is not, by most standards, a dangerous city. It's not because of these folks with their loaded guns since defensive gun use is very rare and hardly ever stops crime and/or public shootings. Ironically "law abiding" gun owners shoot off their guns intentionally or accidentally quite often, killing innocent people. The most recent of these was the shooter in Hileah, Florida, a conceal carry permit holder, who got the idea to shoot and kill 6 people with his legal gun. And you can always check out the Ohh Shoot blog for more accidental gun discharges by "law abiding" gun owners. You can read more about the latest concealed carry mass killer here:

Gunmen with concealed carry permits have been responsible for at least 25 mass shootings since 2007, claiming at least 113 victims when last weekend's Hialeah shooting is included, according to data we have compiled at the Violence Policy Center. Most states, including Florida, do not release information on crimes committed by concealed carry killers. However, based largely on news reports, we have found hundreds of examples of deadly incidents that include not only mass shootings, but other murders, unintentional deaths, and suicides.

The NRA touts concealed carry laws as the front line in its false argument that all you need to stop a "bad guy" with a gun is a "good guy" with a gun: an argument as simplistic as it is self-serving. But using a gun for legitimate self-defense purposes is extremely rare. A far more likely scenario is that the "good guy" with the gun becomes the "bad guy," endangering family, friends, coworkers, innocent bystanders, or themselves.

We are better than this. It's time for a change to this ridiculous gun culture gone wrong. As folks like Kokesh and Kessler make public headlines, the public is getting a good view of just who these gun extremists are and just who the NRA is representing ( or vice verse). As more concealed carry permit holders exercise their "rights" by killing innocent people and gun rights advocates like George Zimmerman and others like him "stand their ground", the public is getting a good look at this minority of Americans. It is not a pretty picture. It is an ugly underbelly of American life that, when exposed to public scrutiny, just doesn't hold up.
Posted by japete at 11:01 AM