The truth about guns and background checks 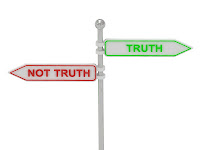 Here is some interesting information that might help us to understand the gun culture in America. It turns out that, according to this article written by Mike Weisser, almost half of the guns sold in our country are sold to people in just 16 states, mostly in the South:

"Don't forget that every single gun entering the consumer market for the first time is sold by a federally-licensed dealer to a consumer and every one of these transactions requires a NICS background check. Whether the dealer is sitting behind the counter in a retail store, or sitting behind a table at a gun show, or sitting on the porch of his home, he/she must still dial 877-324-6427 and get a "proceed" from the very efficient NICS examiner before Joe or Jane Customer walks away with the gun. After that, God only knows what happens to the gun, but every first transaction is registered and approved.

The 156 million calls logged by the NICS came from all 50 states, but just under 50 percent of FBI background checks covered residents in just 16 Southern and border states: MD, VA, WV, NC, SC, TN, KY, GA, FL, LA, Al, MS, TX, OK, MO and AR. These states have a combined population of 114 million. In other words, states that contain less than one-third of the nation's population bought half of the guns manufactured and sold since 1998.

Incidentally, the ratio of population to NICS calls actually underestimates the number of guns because when I or any other dealer calls NICS we do not tell them how many guns are actually being purchased by the customer. The NICS data doesn't reflect the fact that if someone walks into my gun shop and purchases one gun, or two guns, or ten guns, I still make only a single NICS call and do not disclose the number of guns being transferred since NICS is verifying background information on the buyer, not on the guns.

With the exception of Maryland, which lies below the Mason-Dixon line but is clearly a "northern" state, the remaining 15 states that gobble up half the new guns sold each year also have the loosest gun controls at the state level. The word "loosest" is something of a misnomer, since the majority of these states, in fact, have no state gun regulations at all. None of them require locking devices on any guns; only one -- Virginia -- imposes any regulations on gun show sales; and only one -- North Carolina -- requires a gun permit issued prior to purchasing a handgun. It goes without saying that none of them mandate any legal requirements over private sales."

The writer here is providing details that help to explain the divide in America about gun rights and gun violence control. Lawmakers from Southern states have what they think are good reasons to resist common sense laws. Lots of people who own guns live in their districts. So they must assume that most of those gun owners are against common sense gun legislation. They would be wrong, of course, but that hasn't sunk in yet. Louisiana Senator Landrieu voted in favor of the Manchin/Toomey background check bill and we all know that Senator Manchin from West Virginia sponsored this bill. Senator Kay Hagen from North Carolina also stood up to the gun rights extremists in her state to vote in favor of the bill as did Florida Senator Nelson, Virginia Senators Warner and Kaine and Missouri Senator McCaskill. These Senators understood the truth- most Americans and most of their constituents want them to vote for reasonable gun restrictions. They also understood that the bogus reasons given for voting against the bill did not trump public health and safety and saving lives.

So let's look at polling on the gun issue in Georgia, Tennessee and Arkansas which shows strong support in 3 Southern, Republican gun-owning states. Other polling shows strong support in the states mentioned, above, where results could be found. Polling was done this spring and asked whether voters were in favor of background checks on all gun sales:

The lowest number for support for background checks was 60% in Arkansas and that is more than enough to be considered a majority. In the Senate, 60 votes out of 100 is considered a "super majority" I would say that the polling data is strong everywhere in the U.S. But Senators are not so strong in fighting against the corporate gun lobby. If they listen to the majority of their constituents, they will have to re-consider their votes or come up with a truthful reason why they didn't. It's going to be hard for them to do this, all things considered. We need to hold them to the truth and to the evidence in favor of background checks for all gun sales. When lives are at stake, we cannot accept lies and deception.

America's background check system for gun sales is blatantly, flagrantly, ostentatiously flawed. It only applies to purchases made from licensed gun dealers, as opposed to those at gun shows or from some guy on the Internet, a loophole more gaping than the Goatse anus. President Obama and Democrats in Congress are trying to close it by expanding background checks to all sales, and a full 91 percent of Americans back them in this effort, which is pretty much the first time that 91 percent of Americans have ever agreed on anything. But, incredibly, many Republicans in Congress don't support universal background checks and have offered a number of explanations for why it's a bad idea. As you will see, all of them are terrible.

If you read the above article, you will see that there is simply no good reason to be against a common sense measure that an overwhelming number of Americans support. So what's the future of the bill that failed in the Senate in April? More from the linked article above by Mike Weisser about the future of any federal law passing:

Common sense and practical experience tells us that when government regulates any consumer product, either the price goes up or the supply goes down, or both. Fighting against regulations that would be imposed on the gun owners of all 50 states might appear to be a Constitutional issue, but it's a marketing strategy as well. The gun industry and its allies want to push as many guns as possible into parts of the country where government regulation won't dampen sales. The Second Amendment not only protects the rights of individuals to own guns, it also protects the rights of manufacturers to make more guns. Does laissez-faire trump gun control? If the Manchin-Toomey bill is resurrected, we'll soon find out.

So, once again, if we take away the bogus arguments, look at the favorable polling ( even among gun owners and NRA members) and try to wrap our heads around the strong resistance to passing a background check bill, the only conclusion that makes sense is the influence of corporate gun lobby money and its' connection to the profits of the gun industry. The truth of the matter is that preventing and reducing gun deaths and injuries is imperative and should trump any bogus reasons or influence from the gun industry and corporate gun lobby from stopping what needs to be done. Enough is enough. Let's get to work and save lives.

It is a coincidence that a new poll of West Virginia voters shows strong support for background checks. From the article:

According to the poll, 75 percent of state residents said they would support a law requiring background checks for firearms purchased at gun shows, while 17 percent said they would oppose such a law.