The broken record of broad support for background checks 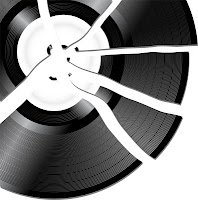 This should not be surprising news but Americans for Responsible Solutions has done some new polling in states where Senators voted against background checks. It's like a broken record- the data has not changed from year to year and month to month about support for background checks on all gun sales. What makes this polling different is that it is specific to states where it is presumed there is not much support for requiring background checks. We have been presuming wrongly- or at least some lawmakers have made faulty presumptions. They are wrong and should re-consider their no vote. Their voters want them to do just that. Will they? Or will they continue to listen to the fear and paranoia of the NRA and corporate gun lobby and their minions? After 12/14 much has changed in America. The public did not like the news of the senseless shooting of 20 first grade children in Newton, Connecticut. The public wants something to change so that doesn't happen again. If background checks will prevent even one mass shooter from getting a gun and shooting up a bunch of little children, it won't affect their gun rights; but it will affect the right of parents to send their children to school without fearing they won't come home at the end of the day. The public understands that gun rights can and do co-exist with gun laws. From the article:

The U.S. Senate failed to pass expanded background checks despite support from 81 percent of voters nationally1. Since then, public polling has documented the fall-out for many senators who cast no votes. Five new surveys in states represented by senators who voted against S649 also show huge public support for background checks, even in gunfriendly states like Alaska and North Dakota. But this research goes further than that. It also shows, despite their previous vote, voters strongly supporting their U.S. Senator changing his or her mind. This research shows a path for these Senators to arrive at a different conclusion on background checks.

The following findings are from 5 surveys conducted in Alaska, Arizona, Nevada, New Hampshire, and North Dakota. All are registered voters, except for North Dakota where the sample is of voters who have participated in an election in the last three years. The New Hampshire survey was conducted May 21-23; all others were from May 28 to June 3, 2013. Margin of error is +/- 4 percentage points at a 95 percent confidence level.

It's just amazing to me and other supporters of common sense gun legislation that the U.S Senators who voted no have tried to justify voting against background checks for all gun purchases even though their constituents are telling them otherwise. Just look at the results in some of the states where Senators voted against the failed April background check bill. There are great graphs and charts that show in a very visual way that, again, most Americans believe that requiring background checks on all gun sales is a very good idea.

Alaska- "Despite mixed views on gun laws in general, Alaska voters make an exception for background checks. A majority of Alaska voters oppose making gun laws "stronger," most (45 percent) would simply keep them as they are now. Despite this sentiment, an impressive majority (72 percent favor, just 25 percent oppose) support background checks on all gun sales, including those sold on the Internet and at gun shows. This majority includes gun owners (75 1 Pew Research Center, May 1-5, 2013. percent favor), Republicans (59 percent), NRA households (56 percent) and voters in rural parts of the state (57 percent). The key to the Alaska politics, of course, is the huge independent and nonaffiliated vote. Seventy-two percent of independents support background checks, as do 75 percent of unaffiliated voters."

North Dakota- " At least 53 percent report owning at least one firearm (13 percent refused the question). Seventy-six percent of gun owners hunt; half use their guns for target practice. Guns are ingrained in North Dakota's culture and voters here are understandably protective of their rights. But there is still strong and broad support for background checks. An impressive 79 percent majority support background checks on all gun sales, including those sold on the internet and at gun shows, with 58 percent strongly supporting expanded checks. Support crosses party lines, with 93 percent of Democrats, 75 percent of  Republicans, and 75 percent of independent voters. Eighty percent of gun owners favor background checks as well as 56 percent of NRA households."

Thank you to Americans for Responsible Solutions whose founders know about the tragic nature of shootings, for persisting in their advocacy for public safety. Rep. Gabby Giffords and her husband Mark Kelly know the affects of gun violence on their personal lives. They also know that the only responsible thing to do about the daily carnage due to gun deaths and injuries in America is to change our laws, deal with gun safety issues and change the way we think about guns in our communities. Too many other victims of gun deaths and injuries share their experience. I hate to sound like a broken record, but this polling data is consistent with most polling data taken for many years now. About 69-74% of NRA members ( some states show less than this but still a majority in favor), close to 80% of gun owners, about 90% of the overall public and even a strong majority of Republicans favor requiring background checks. It's getting harder and harder for the corporate gun lobby to convince anyone that voting in favor is a bad idea. It will be hard for a lawmaker to make the case that their constituencies are against common sense. If they continue to say so and continue to vote the wrong way on this issue, they will have to be held accountable and we will know that they are in the pocket of the gun lobby rather than doing the business of the people they represent. Lives depend on their voting in favor of the rights of all of us to be safe from the gun violence that devastates our communities. Let's get to work.
Posted by japete at 2:38 PM