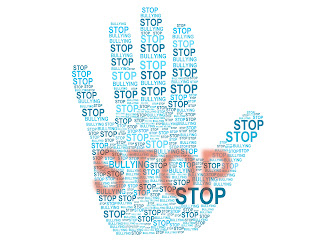 Why is it that the "guys with the guns" think they get to bully victims? Why are they so mean and crude? Why do they come to public events and heckle and offend people who are asking for common sense regarding gun violence prevention? Why? What gives them to right to interrupt an event to honor gun violence victims? Why the paranoia? Why harassment of a man whose daughter was shot in a domestic shooting? Is there any sensitivity out there? Why do they always have to be at events sponsored by the folks on the side of gun violence control? Why do they intimidate lawmakers and advocates for reasonable gun laws? Further, why do our lawmakers listen to these loud and obnoxious bullies when it comes to passing laws? Are these the people who should be deciding our national gun policies? Take a look at this video and see if you can answer my questions:

Here is another article about the attack on the victim at the rally in New Hampshire last week:

A man was arrested and two people, including a Concord police officer, were allegedly assaulted during a rally Tuesday in a clash between a gun control group and gun rights supporters.

The event had people supporting the Mayors Against Illegal Guns movement, founded by New York City Mayor Michael Bloomberg, reading the names of those "killed with guns" since the Dec. 14 shooting at Sandy Hook Elementary outside their "No More Names" bus.

Several witnesses said that a man approached and shouted at John Cantin of Manchester, whose daughter, Missy Charbonneau, was shot and killed in 2009 by her husband.

Witnesses said Daniel Musso, 52, of Brentwood was asked by police to move. He placed his hand on an officer, was tasered and arrested.

Cantin shrugged off the altercation.

"They just weakened their cause and strengthened ours," he said.

Cantin said he was at the event mostly because of what happened to his daughter and partly because of a recent vote by U.S. Sen. Kelly Ayotte, R-N.H., on the Manchin-Toomey bill.

"Senator Ayotte voted for an amendment that would not increase gun safety," he said.

Jeff Grappone, Ayotte's spokesman, said well-heeled out-of-state groups have gone on the attack against the Republican.

"New York City Mayor Michael Bloomberg's special interest group has spent millions on false attacks against Senator Ayotte," he said. "Senator Ayotte has voted for legislation that had bipartisan support to fix the current broken background check system, increase the prosecution of those who illegally seek to obtain firearms, and provide additional resources for school safety, while protecting the Second Amendment rights of law-abiding citizens."

"I think this is a joke," said Tony Mayfield of Hillsborough, who brought his AR-15 rifle and Sig Sauer T39 handgun to the rally. "We have, for all intents and purposes, a corporation from out of state doing this little publicity stunt here."

Rally organizers, whose bus had Texas license plates, refused to speak to a New Hampshire Union Leader reporter and referred him to the organization's national headquarters.

Some of the loudest shouts came when a reader spoke the name of Tamerlan Tsarnaev, one of the Boston Marathon bombing suspects who was killed by police during a gunfight.

Eileen Ehlers of Hooksett said she turned toward a man earlier in the evening who "was being loud and obnoxious" and showed him her "No More Names" sign. She said he grabbed the sign and threw it to the ground. When he did, she said, she pulled out a camera to take his photo.

"He told me he was going to smash my camera and me if I didn't back off," she said. "So I did. I'm shaken by how quickly a difference of opinion becomes violence."

They had to bring their guns to a peaceful rally. Why? Please note that one of the gun rights folks called into question Mayor Bloomberg's group coming in from out of state to hold a really while they, themselves, came in from Texas. Where do they think the NRA corporate offices are? In Virginia, of course. And the NRA lobbyists are flown into states all over this country to fight against gun violence control laws. Hypocrisy as far as the eye can see.  Last week when I wrote on the 6 month anniversary of the Sandy Hook shooting, one of my commenters ( from Phoenix, Arizona)  said this:

"They had spoken at tea party rallies, posed for People magazine and grieved on TV with Katie Couric. They had taken advice from a public relations firm, learning to say “magazine limits” and not “magazine bans,” to say “gun responsibility” and never “gun control.”"

So instead of honestly and plainly making their argument, they callously embarked on a PR campaign of obfuscation and outright deception.

They are unworthy of being parents to the undoubtedly precious child they so sadly lost.

You can read his name for yourself on the blog post since he gave it willingly. I asked him to stop trolling on my blog and said it was one of the rudest and most offensive comments I have had on my blog. But this is what these folks believe they have a right to do. Yes, it's free speech. They have the right. But they also need to be held responsible for their hate speech and their actions. If these are the folks that represent NRA members and gun owners, let's hope that the reasonable gun owners out there will distance themselves from this behavior. For these are the minority of gun owners who give a bad name to the rest. We know that most gun owners favor common sense gun laws because they have told us so in poll after poll after poll. We know that most gun owners would not do what the man in the video did. But the corporate gun lobby does not call these folks out. Instead, they feed them a steady diet of fear, paranoia and lies about what folks who want laws to prevent senseless shootings actually are about. Stop the bullying. It is not OK. The American public deserves to assemble and be in public without being harassed and bullied by people with guns. The American public deserves to have safe communities free from the devastation caused by gun violence. Children deserve to go to school without fear of being shot by those who shouldn't have had a gun in the first place. Parents deserve to know that their children will come home from school when they put them on the bus in the morning. We all deserve laws that will make us safer. More guns and more bullying will clearly not accomplish that. It's time for a change and it's time for action. It is time to stop tolerating this kind of bullying behavior. It's time to stop the bullying and harassment.

You can check the Facebook page of Coalition to Stop Gun Violence to see some other rude and offensive comments made quite publicly by gun rights extremists. Or check the comments section of any article about an event held by groups like mine and you can see the demeaning and very personal comments made about me and others who have the nerve to speak up for victims. Attacking victims is unseemly, tacky, rude, offensive and stupid. The guys with the guns do not get to make the rules even if NRA Executive VP Wayne LaPierre says so: