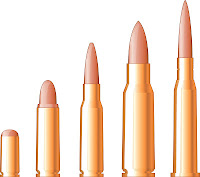 
Yesterday, as you may recall, I wrote about the idiocy and insensitivity of a company producing zombies with the title "Bleeding Gun-Control Lobbyist" on them. Today, of course, there is more idiocy to write about. Guns are dangerous. "Law abiding" gun owners are shooting people on a regular basis intentionally or unintentionally. The accidental shootings seem to be on the increase. Either that or they are now being reported with more frequency with the public's attention more focused on shootings and gun violence since 12/14. Of course, with more guns in circulation, there are bound to be more shootings. It's unavoidable. The corporate gun lobby is deceiving people into thinking guns will make them safer. They have tricked people into a false sense of security with their fear and paranoia about all of the dangers lurking around the home and in public places. In actuality of course, those guns bought for self defense and "fun" are misused by their owners who must think that nothing could possibly happen to them. Well, happen they do. Just check out this latest stupid and dangerous incident of a "law abiding" gun owner so certain that his gun was unloaded that he invited his girlfriend to go ahead and pull the trigger. Here is what happened next:

20-year-old Makenzie Halinski was at her boyfriend's house in Festus, Missouri. She and her boyfriend, 20-year-old Cole Campbell were in the basement smoking marijuana and drinking. In a police interview, Halinski said that Campbell was showing her how to use guns and that he would always unload a gun and put the safety on before handing it to her.

At some point, Campbell handed Halinski a handgun and told her it was unloaded and the safety was on. He told her to point the gun toward him and said "shoot me." Thinking the handgun was empty, Halinski pulled the trigger.

Neighbors said they were not surprised, that Campbell had set up a shooting range in his basement and that at times he practiced shooting targets from his basement bed.

Police seized multiple guns as well as several pipe bombs from the house.

Halinski was charged with involuntary manslaughter.

Oops. That didn't go well at all. Guns and alcohol and drugs simply don't mix. Neither do guns and stupidity. But we don't have an intelligence test for gun buyers. Maybe we should. Most gun owners are careful with their guns. Most gun owners assume that nothing could ever happen to them or someone in their family. They are wrong, of course. Guns should not be playthings. The power of a gun to kill or injure someone very instantly and violently should be respected. When a gun is available in an argument, in the heat of the moment, while under the influence of alcohol or drugs, in a domestic dispute, when curious children are around, when teens with depression are having a bad day decide to end things, things can and do go terribly wrong.

Again from the Ohh Shoot blog, even those trained to use their guns for their work, aka police officers, make careless mistakes. Check this one out:

Chief Mark Hathaway, a 25-year veteran officer and current chief of the Bangor, Maine police, was cleaning his newly issued weapon Monday when he unintentionally discharged the gun.

According to a statement from the city, "At approximately 5:15 p.m., while officers were cleaning their new guns at the Bangor police station, Chief Mark Hathaway sustained a non-life threatening injury to his left hand in what appears to be an accidental discharge of his duty weapon."

Hathaway was taken to the local hospital where he was treated and released.

The department had just replaced the police firearms with .45-caliber semiautomatic Glock handguns.

"There are different mechanisms in the gun that is for sure," said a police spokesperson.

You may remember that I wrote in a recent post about the man who was cleaning his gun in his house when it accidentally discharged hitting a biker riding by outside after the bullet went through the wall.  These are totally senseless and avoidable shootings. Instead of focusing so intently on getting more people to buy guns to support the gun industry, the corporate gun lobby should be letting people know about the risks and dangers of owning a gun. The gun owners who have common sense have told us that they agree with gun public safety measures such as universal background checks, restrictions on the sizes of ammunition magazines, and even banning certain types of military style weapons whose only purpose are to kill as many people at a time as possible. But common sense tells us that guns are deadly weapons designed to kill people. There should be some restrictions on who can have guns, where they can have them, how they are trained to use them, what guns and ammunition are available to citizens, how they are stored, who gets to sell them, etc. Why does the corporate gun lobby work so hard against these things? But I digress.... continuing with gun idiocy....

Sometimes gun owners shoot themselves while target shooting. This Washington man was just shooting his gun in a field in his back yard when he shot himself in the leg. From an article about the incident:

Deputies say a man described to be in his 50's went into a field behind his house to target practice with a hand gun.

They say just shortly after he loaded the gun, it went off and hit him in his upper thigh.

The neighbors next door said they could hear something was wrong. They said they were sitting in their house watching TV, when they heard their neighbor shooting his gun.  Then they said they started hearing him yell for his wife and ran outside to help.  The neighbors said at that point the victim had told them he shot himself.

Sgt. Mathew Clarke with the Benton County Sheriff's Office says gun safety is extremely important. "You should treat every gun as though it is loaded and never put your finger on the trigger unless it is on a target," said Clarke.

The victim was taken to Kadlec Regional Medical Center, then transported to Harbor View Medical Center in Seattle where he is currently listed in stable condition.

Why do "law abiding" gun owners not treat every gun as if it was loaded? Why do "law abiding" gun owners put their fingers on the trigger when they shouldn't? Why did this guy shoot off his gun, as he often does, according to his neighbor, close enough for his neighbors to hear him shooting it? Isn't that dangerous? It's obviously a rural area where there may be a culture of guns and shooting that finds this kind of activity perfectly natural. Except that the casual use of guns can end badly. The corporate gun lobby wants us to get used to having guns around everywhere we go. They have said as much. If that is the case, one can understand the public's reluctance to accept the idea that "law abiding" citizens carrying guns in public will make us safer. It just isn't working out that way.

You just can't make this stuff up. A 5 year old girl was shot dead by an idiot who found an altered semi-automatic gun in a home and shot it off. The girl died when the bullet went through the ceiling. From the Kid Shootings blog post (linked above):

A 5-year old girl, Alyssa Bobbit, was in her apartment in Grant's Pass, Oregon, along her mother and another adult woman, Karen Hancock, when a transient male, Jon Andrew Meyer Jr., age 30, visited their home.

That's when Meyer found an assault rifle in the home, which was apparently fully automatic, either by design or by alteration of a semi-auto version.  He then fired the gun through the ceiling of the room, striking Alyssa in the head and wounding Hancock in the torso.  Alyssa later died.

And yet another gun idiot misfiring his gun. This time it's a New Jersey man who shot himself with his own gun:

75-year-old Frank Kern, of Flemington, New Jersey, was cleaning and disassembling his .22 caliber rifle when he unintentionally discharged the gun. Kern was shot in the abdomen.

When police arrived, they found Kern lying in his garage.  He was flown to a medical center in Trenton but died the next morning of his injuries.

According to the county prosecutor's office, "This is a terrible tragedy and our condolences go out to the Kern family."

Indeed. It's a terrible tragedy. It's also stupid and dangerous. Seriously folks. Guns are dangerous and certainly did not make any of the above victims safer.