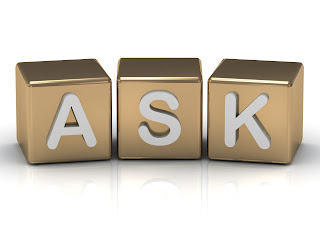 Every day in America, on average, 8 children die from gun injuries. It's true. Many of these deaths are due to accidental and avoidable shootings. There really are no accidental shootings. Someone made a loaded gun available to a child or misused a gun or stupidly thought a loaded gun was unloaded. Those are intentional acts, actually. Guns are dangerous and should be treated as such. Children die in way too many avoidable, preventable shootings all over America. Children get their hands on guns too easily and shoot themselves or others in tragic incidents that I write about often on this blog. Below are some blogs and websites reporting on these shootings and offering educational information about children and guns:

Arm Yourself With Knowledge Facebook page for the ASK campaign

Childrens' Defense Fund- We Can Do Better

Today is National Ask Day. Let's talk about how you can prevent a senseless shooting of or by a child. The Center to Prevent Youth Violence has for years now celebrated the first day of summer, June 21st with their ASK campaign. From the CPYV website:


And then there are tips for asking the questions about guns in homes. This is important information for parents and could save lives. Below, from the Fact Sheet on the CPYV website, are all the reasons you should ask if you are a parent or grandparent or if you yourself have guns in your home:

FACT SHEET________________________________________________
• An average of 8 kids and teens are killed by firearms every day and 42 additional children
and teens are seriously injured (Injury Mortality Reports, National Center for Injury
Prevention and Control, CDC, 2010; 2011).
• 27 children and teens are seriously injured by BB or pellet guns every day (Injury Mortality
Reports, 2011).
• Studies show that between 33% and 40% of American households with children have guns
(Johnson, Renee, “Firearm Ownership and Storage Practices, U.S. Households, 1992-
2002.” American Journal of Preventive Medicine 27, 2004; Peter Hart Research Associates
Poll, 1999, American Journal of Public Health, April 2000).
• 1 in 4 kids and teens whose parents own guns say they have seen or touched a gun without
their parents’ knowledge. (Global Strategy Group Youth Study commissioned by CPYV,
2011).
• Almost 90 percent of accidental shootings involving children are linked to an easy-to-find,
loaded handgun in the house (Society of Pediatric Nurses, 1998).
• Eighty-eight percent of the children who are injured or killed in unintentional shootings are
shot in their own homes or in the homes of relatives or friends (Pediatrics 2005).
• 42% of parents with guns keep at least one unlocked; 25% keep at least one loaded, and 14%
keep one unlocked AND loaded (Global Strategy Group Parent Study commissioned by
CPYV, 2011).
• Over 75% of kids in homes with guns say they know where the gun is hidden (Benenson
Strategy Group Study commissioned by PAX, July 2002).

There is a great analogy in this editorial piece, written for the Star Tribune by Melissa Schulte about asking about guns in homes:

"Despite the shocking statistics showing that household firearms are infinitely more dangerous to the people inside the home than any outside threat, gun owners still become indignant when the government attempts to moderate their Second Amendment rights. Many gun advocates justify their stance by saying the problem is not the gun; the issue is the irresponsible gun owners who leave weapons available to children.

However, without strict laws as to how firearms should be stored in the home, most guns are as unpredictable in their potential to kill as a man-eating animal.

Anthony Senatore, a 33-year-old father from Toms River, N.J., is a recent example from the ever-deepening pool of negligent gun-owning parents. On April 8, his 4-year-old son found a loaded .22-caliber rifle lying around the house. He took the gun outside to show his play date, Brandon Holt, and ended the 6-year-old’s life with a fatal shot. Despite being charged with second-degree endangering of his own children, and third-degree endangering of Holt, Anthony Senatore was free the night of his arraignment. He posted the $100,000 and walked out with his Second Amendment right to bear arms intact.

Did he learn his lesson? Possibly.

Did the parents of Brandon Holt learn their lesson? Undeniably. (...)

Parents need to qualify a house before entering by asking the following questions:

• Do you own any weapons?

• How do you store your weapons?

• Could you please check to make sure your weapons are securely locked before my child enters your home?

I am not asking because I believe the right to bear arms should be taken away necessarily. I am simply asking because the thought of receiving a phone call with news of my daughter playing with Roscoe keeps me up at night."

Please go ahead and ask. This is common sense advice and should be spread widely. As the CPYV site says, "Asking Saves Kids."