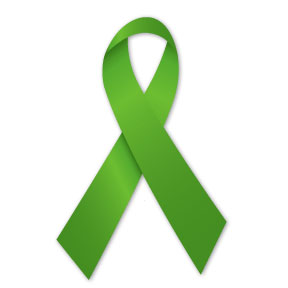 This post has been cross-posted at Moms Rising Blog. Please check out the other blog posts on the "Sorrow, Anger, ACTION" project at this site written on the 6 month anniversary of the Sandy Hook shooting.


On Friday of this week, June 14th, it will be 6 months since the shooting at Sandy Hook elementary school. There will be events across the country to honor the memories of the 20 small children and 6 adults who were shot and killed 6 months ago. 6 months. It's a long time ago. It's a short time ago. Have we forgotten? We can't forget. We can't let the corporate gun lobby erase this shooting from our collective memory. Otherwise, who are we as a country? Otherwise, what are we all about? It's all about the victims of the gun violence epidemic running rampant in America. It's time to do something important and meaningful to prove that we care about the devastation in our communities from the daily gun deaths and injuries.

There are too many.

How does one go on after something so horrendous and awful? How do people resume their daily lives after a national tragedy like the Sandy Hook shooting? How does one deal with the abject failure of our Senate ( and Congress) to pass a simple background check bill in April? After the Sandy Hook shooting on 12/14 when 20 first graders were massacred, one would have assumed that passage of the bill was a "no-brainer". One would be wrong, of course. Passing any laws to deal with actual death and injuries with bullets gets mired in the bog of ugly politics. The parents have lost a child so violently and unexpectedly. We, as a country, have lost the potential of these 20 children and 6 adults to make a difference in the world. Just read about the torment of these families, 6 months after the horrendous shooting that shook the country. The country is moving on even though it should have stopped and done something about it, no matter what it took.  From the article:


“Our purpose now is to force people to remember,” Mark said, so down he went into his office to sift through 1,700 photos of the family they had been.

The Bardens had already tried to change America’s gun laws by studying the Second Amendment and meeting with President Obama in the Oval Office. They had spoken at tea party rallies, posed for People magazine and grieved on TV with Katie Couric. They had taken advice from a public relations firm, learning to say “magazine limits” and not “magazine bans,” to say “gun responsibility” and never “gun control.” When none of that worked, they had walked the halls of Congress with a bag of 200 glossy pictures and beseeched lawmakers to look at their son: his auburn hair curling at the ears, his front teeth sacrificed to a soccer collision, his arms wrapped around Ninja Cat, the stuffed animal that had traveled with him everywhere, including into the hearse and underground.
Almost six months now, and so little had gotten through. So maybe a Mother’s Day card. Maybe that. (...)

Jackie sat on the couch while the governor kept talking and thought about the first time her family had discussed guns, two days after Daniel’s death. Natalie had suggested something that Mark and Jackie thought was simple and beautiful: Why not collect all the guns and bury them at the bottom of the ocean, where they would rot and decay? They had encouraged her to write a letter to the president about her idea, which she had done: “My name is Natalie Barden and I wanted to tell the president that only police officers and the military should get guns,” she had written.

But the past five months had taught Mark and Jackie that simplicity and innocence didn’t work in politics. Neither did rage or brokenness. Their grief was only effective if it was resolute, polite, purposeful and factual. The uncertain path between a raw, four-minute massacre and U.S. policy was a months-long grind that consisted of marketing campaigns, fundraisers and public relations consultants. In the parents’ briefing book for the Delaware trip, a press aide had provided a list of possible talking points, the same suggestions parents had been given in Illinois, New York, New Jersey and Connecticut.

“We are not anti-gun. We are not for gun control. We are for gun responsibility and for gun safety laws,” one suggestion read.

“I am here today to honor my child’s memory,” read another.

In their names, contact your Senators and Representatives and tell them to stand up and do what they know is the right thing to do. Tell them not to delay and not to forget the victims. Common sense tells us that we can't turn away from these families and their grief. Don't let the voices of the corporate gun lobby determine our response to this national tragedy. Let the voices of the lost children ring out and make a difference. The time is now. Let's get to work.

This post is part of the project, "Sorrow, Anger, ACTION! - A Gathering of Voices Against Gun Violence," organized by MomsRising, PICO Network, UltraViolet, Children's Defense Fund and the National Network to End Domestic Violence.