We've seen this movie before 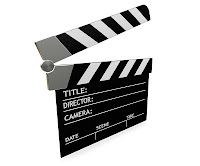 I love to go to the movies. We go often with friends to the small independent movie theater in Duluth where we see the latest releases and other movies not released to the larger movie companies. Movies are mostly fiction but sometimes very real and about the real world. What I don't like is the fictionalized view of the world being promoted by the corporate gun lobby. The funny thing about the corporate gun lobby is that they keep re-playing their own old movies and hope that the rest of us won't notice. It's time for a new production. Here, in full view of us all, is the latest hypocrisy from the NRA and its' minions:


"So now the NRA is praising, among other things, a movie hero who’s an “almost unstoppable” “killing machine,” a career in criminality, and making a shootout a dance with great music. Talking Points Memo’s Hunter Walker writes that “TPM called the NRA to ask how celebrating gun movies fit with the group’s past comments criticizing Hollywood. No one from the organization responded.”"

Gun enthusiasts want to take us back to times when things were simpler, according to this latest from American Rifleman. Indeed, it was simpler when people who shouldn't be able to access the over 300 million guns in circulation get their hands on one and shoot up an elementary school leaving 20 small children massacred. It was simpler when mass shootings didn't happen in actual movie theaters as in Aurora, Colorado= 12dead and 58 injured. It was simpler when U.S. Congress members weren't the victims of a mass shooter who shouldn't have had a gun in the first place = 6 dead, 13 injured. Ah, for the simple life. But I digress. Surely we can all remember, can't we, that the NRA blamed everything but guns for the shooting on 12/14 at Sandy Hook elementary school in Newtown, Connecticut? The corporate gun lobby waited for a while for things to settle down before trotting out Wayne LaPierre to spew out the tired old talking points. If only it were true that the "good guys with guns" could save us from mass shootings and the daily carnage on our streets. They don't. But instead of talking about the real problem the gun lobby has laid the fault for mass shootings at the feet of the movie industry, among just one, instead of on guns and the lack of strong gun laws. They hate the movie industry in general, as do most of the far right conservatives. Why? Maybe because some in the industry happen to support liberal causes. But I digress.

This is, of course, not the only deception coming from the NRA apologists. Because the public is just not buying the trite talking points any more, Senators are making things up to try to " pull the wool" over the eyes of an increasingly skeptical group of voters. Here is an editorial about this tactic:

This kind of dissembling by gun control opponents has been rampant for years, but rarely have the National Rifle Association’s most captive lawmakers been so nakedly deceptive as in the weeks since public rage grew over the gun vote. Senator Kelly Ayotte, Republican of New Hampshire, also voted against the Manchin-Toomey measure, and she immediately suffered the backlash of angry voters in her state. So she issued a statement saying “I support effective background checks” and reminding voters that she had backed the misleadingly named Protecting Communities and Preserving the Second Amendment Act — a measure that does nothing to close the loopholes for Internet or gun-show sales and that was, in fact, supported by the N.R.A. because it actually makes it easier to transport guns across state lines.

Polls have shown that the vast majority of New Hampshire residents support checks on all gun sales. Infuriated by Ms. Ayotte’s attempt to paper over her own voting record, Mayors Against Illegal Guns (a group financed by Mayor Michael Bloomberg) produced a video ad pointing out that she was the only New England senator to vote against background checks “when it counted.”

These ads are having an effect, putting many gun-lobby senators on the defensive. Rather than admit that they fearfully follow the dictates of the N.R.A., these senators are instead seeking to fool voters by supporting measures with fancy titles and hollow cores. “Contrary to the ad, I did vote to strengthen background checks,” said Senator Jeff Flake, Republican of Arizona, though he emphatically did not.

This issue is not going away. The true supporters of background checks have promised another vote in the months to come. Those who really want to keep guns out of the wrong hands will have to stand up and prove it.


Instead of watching the reruns of the corporate gun lobby movies, the public and our lawmakers should be watching these movies for the real affect of gun violence in our country:

So then, let's talk about what's real and not in the movies. Marian Wright Edelman of the Children's Defense Fund wrote this about the numbness towards violence and gun deaths in America:


As a nation we seem to be hardened and numb to what should be emotionally disturbing when we cannot legislate the most modest and reasonable measures for national gun safety even after children in as seemingly safe a place as Newtown, Connecticut, far from an inner city, can be shot down in school. We are numb when the same child can be shot one year at his own birthday party and shot again the next year at a Mother’s Day parade and both shootings are just another day on our cities’ streets. Why are we not all calling our legislators and expressing outrage? How can we let the voices of gun dealers and manufacturers drown out the cries of children?

This is real. And it's ludicrous and insane. New York Times columnist Joe Nocera writes often about the daily toll of gun violence in our communities. Here is the latest from him. In the real world, Walmart, one of the nation's largest big box stores and gun sellers, sells cute little rifles for children that end up killing each other while banning other items for sale that could harm children. Where is the real outrage over all of this? In the real world, real people are shot to death in large numbers every day. 32 a day die from gun homicides. 80 a day die in total from bullets. That is not a movie. Common sense tells us that this is unacceptable. But then, our lawmakers are putting common sense aside in favor of protecting the corporate gun lobby and protecting themselves from the mean and threatening onslaught of ugly phone calls and e-mails that happen whenever gun laws are under consideration. That is no movie. That is for real. We've seen this movie before. And the most cynical thing about the latest from the corporate gun lobby is that it once supported gun laws that could make a difference in saving lives. Representative Michael Paymar, D- Minnesota, wrote this piece about the recent failure of the Minnesota legislature to even consider a floor vote and the hypocrisy of the gun industry:

It's time for a real change in the real world that will affect real people and save real lives. What we are doing now is just not working. It's time to act for real change. If we all really and truly care about public safety we will get to work and do what's best for our children, for our communities and for our emotional and physical well-being.
Posted by japete at 9:02 AM