The truth about gun votes 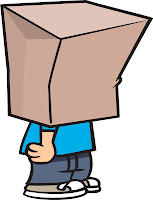 It turns out that Senators who voted against the gun background check in the U.S. Senate are having a bit of trouble with polling numbers and pushback from the media and at town hall meetings from constituents and victims alike. That's all good. It's about time our elected leaders are being held accountable for their votes against common sense gun legislation. Up until 12/14, they have been able to hide behind the ludicrous, false and nonsensical NRA rhetoric. Not any more. They are now the butt of jokes on television comedy shows, including this great segment from the Colbert Report:

David Letterman has had a go at it as well. Watch below:

Speaking of Senator Kelly Ayotte, she had a run-in with the daughter of the Sandy Hook elementary school principal who was murdered on 12/14. Watch this:

Here in Minnesota, it's no joke that the House of Representatives has decided to ignore the wishes of the voters and not even bring a very weakened gun background check bill to the floor for a vote:

“Neither side has been willing to come to an agreement,” said Thissen, a Minneapolis DFLer. “Because of the intensity on both sides of the issue, even some common-sense solutions can’t be agreed upon right now.”

His decision left those who had been working for passage steaming.

“I’m very disappointed, very angry,” said Rep. Michael Paymar, the committee chairman who shepherded the gun measures through tough, emotional hearings. The St. Paul DFLer said Thissen had pledged to him that “he wanted to do something about gun violence. He committed to me we would have a vote, we would have a debate on the floor.”

Senate leaders have said repeatedly that they would wait to see what the House did before taking their own floor vote. On Wednesday night, Sen. Ron Latz, a St. Louis Park DFLer and main sponsor of the Senate gun bill, still harbored hope that a public outcry could force a House reversal.

“I’m extremely disappointed that the House appears to be opting out of what is clearly a major public safety and public health issue in our state,” Latz said. “I think that inaction ... is more politically dangerous than making common-sense steps forward.”

Speaker Thissen is wrong. The side that supported the bill compromised greatly to get a bill through the committee for a vote. The other side gave nary an inch and as a result, the bill was a very weakened version of what makes the most sense and of the bill that was voted out of the Senate committee. There is no excuse for not bringing the bill to the floor for a vote. Senator Latz is absolutely right. There will be consequences for this inaction. The public is watching and they don't like what they see. Yes, I know many of my readers who troll my blog and can't wait to counter every word I write, are celebrating this turn of events. I will not publish your ugly comments. I'm tired of this obstruction when people are dying every day and we have a chance to do something but instead we run away. Shame on anyone who celebrates that we are going to continue to make it easy for people who shouldn't have guns to get them anyway. The lies and deception coming from the gun rights extremists are pathetic. Just read the ludicrous comments in the linked article above. This kind of behavior doesn't fly any more. If the NRA lobbyists are feeling smug, thinking they won again, so be it. But they have lost their credibility and their relevancy to the America that has just experienced the slaughter of 20 first graders in an elementary school.

What are lawmakers so afraid of? Ask them. The leadership is running away from something that the voters are supporting by large margins. Rural Democrats and Republicans are trotting out the usual nonsense about their constituents not wanting the vote. That is not true, of course, because in several recent polls which I highlighted in a previous post, they do want the vote. No, this is all about old guard politics in a world that existed pre 12/14 and the Sandy Hook elementary school shooting. These legislators are way behind their own public. It is not only disappointing, it is outrageous and irresponsible. Minnesotans will need to hold them all accountable for their failure to even have a debate on the floor of the House after hours and days of public hearings. Victims and their families, along with medical professionals, gun owners, civic and religious leaders and others, put themselves out there to ask their leaders for a vote on a bill that is reasonable, actually pretty weak, but would start the process of preventing people who shouldn't have guns from getting them. One, in particular, Sami Rahamim, the 17 year old son of Reuven Rahamim who was shot in the Accent Signage shooting in Minneapolis last fall, put his heart and soul into getting this vote passed. How can legislators now look him in the eye with any credibility and explain to him why they failed to act? They can't. Apparently the legislators in opposition don't care that felons, domestic abusers, adjudicated mentally ill people and other prohibited purchasers can buy guns legally without background checks. Shame on them. Enough is enough. We are better than this and our leaders are failing us. They are leaving us vulnerable to further carnage in our communities and the devastation that comes with gun violence.