Taking sides on the gun issue? 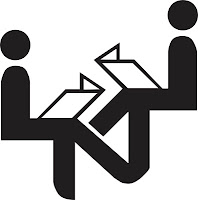 Have you taken a side yet? Have you decided that the gun issue is a black or white issue and that there can't be any in betweens? Are there compromises? There should always be compromises in life. In fact, lives depend on there being compromises. To go even further, actually, there should be no compromising about the idea that we, in America, have a problem with gun violence. The problem is that there are too many gun deaths and injuries- about 30,000 deaths and about 70,000 injuries. Those numbers are staggering and unacceptable. No other country tolerates such a national public health and safety epidemic. Why do we? That is a question deserving of an answer from lawmakers, from gun owners, from the corporate gun lobby, from the media, from the citizens, and anyone concerned. The fact that there is a debate and 2 sides about whether or not we should enact laws and change habits and minds to prevent loss of life is insane.

It looks like Ted Nugent's brother has taken a side and he has come down on the side of saving lives because he thinks that we can if we strengthen our gun laws. From the article:


" I believe strongly that expanding and improving mandatory background checks will keep a lot of people who aren’t entitled to Second Amendment rights from having easy access to guns. As of today, a convicted felon can find a gun show or a private seller and buy a firearm without a background check. That loophole should be closed. Every gun transaction must include a thorough background check. Why would responsible gun owners want to protect people who threaten not only our safety but our gun rights?

The NRA has it wrong: Irresponsible gun owners are bad for everyone. If you shouldn’t have access to a gun, then there should be no way for you to access a gun! Can anyone argue with that?

Consider the mentally ill, one of the biggest threats to firearm safety. How do we preserve their rights to health privacy while keeping firearms out of their hands? It’s a huge concern, given the role mental illness has played in recent gun-violence tragedies. While some states have made progress, it’s far from universal.

But convicted felons, people with restraining orders against them and those with a history of mental illness can still find ways to purchase weapons. No one should stand for this.

The tragedy in Newtown, Conn., on Dec. 14, and the gun violence that claims on average eight children per day in the United States, require us to think differently about what the Second Amendment really means.

Does anyone have the right to drive a car without first obtaining a license? Better yet, try buying a car without a driver’s license. Car companies know it is good for the auto industry to make cars safer and get dangerous drivers off the road. Why can’t gun manufacturers and the NRA realize this as well? (Driving a car is not a constitutional right, I know, but the safety implications are similar.)" (...)

Enhanced background checks need not threaten the Second Amendment. Why are the NRA and the elected representatives who support it so slow to realize this? Or do they fear a slippery slope toward greater restrictions on gun rights? If they don’t want to burden a flawed system, they should be part of fixing it.

Reducing gun violence and protecting the Second Amendment is not an either-or idea. I challenge the NRA’s leadership to partner with groups such as Evolve, which I recently joined, that seek to protect gun rights while creating a culture of responsibility, safe gun use and prudent access to firearms.

Can we imagine an NRA capable of taking that on? Or are we doomed to the uncompromising philosophy driving everything the organization does? I want to be proud of being a member of a proactive NRA.

Thank you to Jeffrey Nugent for his cogent and articulate comments. The interesting thing is that most gun owners actually agree with him. They have already taken the side of common sense. It is a very small group of people who insist that this is either/or. Meanwhile, people are losing their lives on a daily basis. Readers of this blog know that I have taken the side of common sense and have been advocating for it for many years. To that end, I write to get people to take action to save lives. Saving lives is the goal and it can and must happen. I mean, really folks, think about it. When stories of gun deaths, now being published several times a week by Joe Nocera of the New York Times continue unabated, we know we have a problem that needs to be addressed. He is not alone in addressing the daily gun carnage. I refer to other sources in my posts and on my blog who are writing as well. These are people who care about the responsibilities that come with rights. They get that this is about making policy that works to stem the tide of gun violence all over our country. It is imperative to see it through that lens in order to make the changes that will lead to fewer people being shot to death.

Unfortunately, the lens through which the corporate gun lobby sees the issue is profit and paranoia over prevention. How else can you explain that small cities in some states are passing laws to require gun ownership? Isn't this the reverse of  second amendment concerns, expressed by the NRA lobbyists and leaders? Isn't this a violation of the right to not own a gun and not to have the government say you must? Hypocrisy. From Nocera's article above:

It’s a far cry from the town of Nelson, Ga., which recently passed a law requiring gun ownership. The April 1 ordinance requires every head of household in the town of 1,300 to have a gun and ammunition, but there are exceptions: the law exempts anyone who opposes gun ownership or has certain disabilities.

The Brady Center to Prevent Gun Violence filed a federal lawsuit against the town, which is 50 miles north of Atlanta, claiming the law is unconstitutional. City leaders have said the law was mostly symbolic and isn’t being enforced. According to the Associated Press, the law’s supporters said they wanted to make a statement about gun rights at a time when the president was seeking restrictions in the wake of the Newtown massacre.

Meanwhile, the National Rifle Association has vowed to sue the state of Maryland to get its eminently sensible law declared unconstitutional. Not exactly a surprise. Here is today’s report.

Why pass a law if it is not enforceable? Why pass a law that has loopholes to allow some to opt out? Well, let's see. Why does this sound familiar? There is a gaping loophole in the Brady Law, already in existence, that needs fixing. If we want to enforce the laws already on the books, how about extending the Brady background check system to all gun sales? That would strengthen the law and take away any guessing as to whether some people who can't pass background checks get guns anyway. And when they do, sometimes they are responsible for senseless shootings. We have enough examples of that to know that it's true. We also know that it's true that some felons, domestic abusers, adjudicated mentally ill people, drug abusers, etc. do try to buy guns from licensed dealers and get turned away. Therefore we know that the law works. But it needs fixing to make it work better. What doesn't work is that by not closing that loophole in the law about private sellers, we are complicit in allowing unlawful people to get guns which can be used in gun crimes and murders. Does this make any sense? Of course not. Our laws need to be strengthened. And passing these laws will not prevent all gun crimes and all gun deaths. At the very least we need to be responsible enough as a country to pass laws that we know can save some lives.

Getting to the point of agreement is difficult. It shouldn't be, but it is. If only the corporate gun lobby would stand aside and leave lawmakers to making the public safety policy in America. Our lawmakers know that there is a right side and that is saving lives. But they won't do what's right until they realize that the voices that some are listening to are not telling them the truth. The second amendment allows for gun laws to be passed and enacted. It always has. To say otherwise is cynical and deceptive.

Even before the Sandy Hook shooting on 12/14, the majority of gun owners and even NRA members understood that passing gun laws doesn't take away their rights to own guns. Polling data over many years has been consistently in favor of enacting stronger gun laws. After Sandy Hook, the numbers rose and have remained steady. That means that even if people are supporters of second amendment rights, they know we need to do something about the senseless gun violence. There's nothing unconstitutional about wanting to save lives. There really is only one side to the issue of gun violence prevention. And that is that most everyone is in favor of it. Enough is enough of the specious arguments and hyperbole. It's time for gun owners and NRA members to join with the gun violence prevention groups to demand laws that will save lives. Let's get to work.
Posted by japete at 7:01 AM