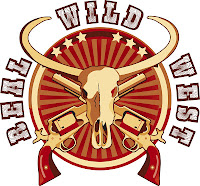 One has to wonder if the folks who call themselves gun rights advocates are living in today's world. It is not the wild west any more. It is not the Revolutionary War era any more. Our Founding Fathers wrote the Constitution and its' amendments at a time when life was very different in America. They wrote the document to persevere through time but one has to be pretty absolutist and narrow thinking to imagine that the country's founders thought America wouldn't change over time. Many of our laws have changed due to the changing landscape, culture and needs of current times. Colorado used to be a different place than it is now. It was a place where people grew up on ranches with guns around for hunting or other purposes. Like any other state, there were, and are, rural and urban areas where thinking might be different concerning guns and hunting. Many folks still live on ranches or in rural areas where they have legitimate uses for their guns. But in spite of all of that, the Colorado legislature recently voted in favor of extending background checks to all gun sales. This, of course, happened after the Sandy Hook shooting and after the Aurora, Colorado movie theater massacre, killing 12 and injuring 58 - one of the worst mass shootings by the number shot in our country's history. The people of Colorado and its' legislators understood that strengthening their gun laws had nothing to do with the culture of hunting and gun use in the state. It had everything to do with public safety and preventing the shootings that devastate communities all over the state. In fact, if you are interested in public safety, check out this recent shooting in Colorado Springs which appeared to result after a fender bender in a parking lot. Senseless. Disputes like this should not result in death.

And further, before I move on, I learned of the above incident in the The Gun Report, Memorial Day Edition by Joe Nocera writing in the New York Times. This particular column was stunning if read all the way through. Even Nocera was amazed at the number of shootings he reported over the recent Memorial Day holiday. If this isn't enough for our lawmakers, then what is? Too many people are being shot to death every day. At the end of Nocera's column, he always lists the number of Americans who have been shot since 12/14 ( in homicides and accidents, not including suicides) from Slate.com. The toll was 4394 at the time of Nocera's column. It has now increased to 4438. Stunning. But I digress.

We all recall one of the country's first high profile school shootings at Columbine high school (1999) in Colorado. After that shooting, the legislature failed to support a measure to close a major loophole in Colorado law that allowed private sellers at gun shows to sell guns with no background checks. Since some of the guns used by the Columbine shooters were purchased at a gun show from a private dealer with no background check, it just made common sense to do something about this gaping hole in the background check system, right? I mean, who wanted another Columbine? The gun lobby got busy during and made it impossible to get a simple measure passed that was supported by the public. So the citizens took action and brought the measure to a referendum where 70% of the public voted in favor. It is now Colorado law. When the pubic is asked, they support common sense. When the corporate gun lobby is in charge, public safety is the last thing on the agenda.

So what's on the agenda of the corporate gun lobby now? Recalling Colorado legislators who voted in favor of common sense over fear and paranoia:

In Colorado, gun-rights activists wasted no time seeking recalls to oust state Senate President John Morse and three other Democratic lawmakers. The targeted lawmakers weren't necessarily the main advocates for ratcheting back gun rights, but all come from districts with enough Republicans to give opponents hope they can boot out the Democrats and replace them with lawmakers friendlier to guns. Colorado is the only state outside the East Coast to have adopted significant statewide gun controls this year.

"Colorado seems to be the testing ground for some of the gun measures, so this has national implications," said Victor Head, a plumber from Pueblo who is organizing a recall attempt against a Democratic senator.

Two of four recall efforts in Colorado already have evaporated from lack of support. But in Colorado Springs, Morse opponents are piling up signatures in gun shops and outside libraries and grocery stores. The National Rifle Association sent a political mailer saying it was coordinating the recall effort with local groups, though the local recall petitioners have denied that. The NRA did not return calls for comment on their involvement in the Colorado Springs effort.

Morse has mounted a campaign to urge voters not to sign petitions. In an indication of the national stakes, that push is largely funded by a $20,000 contribution from a national progressive group called America Votes. The Morse campaign said the donation came through the group's local Colorado office.

The recall group's main funding comes from a $14,000 contribution from a nonprofit run by a local conservative consultant, Laura Carno. She said that contribution was made possible by some out-of-state donors. (...)

Back in Colorado Springs, a couple of Morse opponents defended the recall attempt as the best way for citizens to keep their representatives accountable.

"I believe in gun rights. And he didn't listen. He's supposed to represent the people, and when he doesn't do that, what are supposed to do? Nothing?" asked Bianca McCarl, a 40-year-old merchandiser who is supporting Morse's recall.

Assuming the Morse recall goes to ballots, with an election to be held by late summer, the incumbent holds a slight party registration advantage in the district. He believes most voters liked his gun votes.

He's counting on the support from voters like Joan Muir, a retiree who placed a pro-Morse sticker on her car bumper after seeing other cars carrying messages calling for his ouster. In an interview, Muir said she was dismayed by the recall campaign.

"I live here. I'm for gun control," Muri said. "I don't care for guns, period, so they don't speak for all of us when they say Morse didn't listen to the people."

Bianca McCarl presents a flawed argument. The legislature did represent the people. In Colorado, there is broad support for specific gun violence prevention measures. From the article:

The same poll also asked Colorado voters about specific gun law proposals and the margin of support was wide for nearly all the measures in question, according to PNA/Chris Keating:
The PNA/Keating poll echoes similar sentiments found in a recent Denver Post pollwhich found greater support for gun control measures than for gun-owner rights. According to The Denver Post, 60 percent of Colorado voters support proposals that would: ban assault-style rifles, limit high-capacity magazines and require universal background checks on all gun sales.

The public supports simple measures to expand the background check system to include private sales so that every gun purchaser goes through a background check. The gun lobby has no sensible reason for opposing these measures. Their deceptive argument about private sale background checks leading to registration is an outright lie. There are provisions in the Manchin-Toomey bill that make registration of guns illegal, along with a lot of other things. Besides, as we all know, background checks at federally licensed firearms dealers, in place now for over 20 years, have not led to registration. But that hasn't stopped the gun lobby from lying about this. And apparently, it hasn't stopped them from wanting to get rid of lawmakers who have the temerity to be for what they are against. Recalls of elected officials cost government entities a lot of money and lead to a lot of unnecessary ruckus and confusion among voters.  There should be good reasons to mount recall elections. The fact that Colorado legislators voted in favor of what the majority wanted them to do and did so to save lives is not a reason for recalling them from office.

Perhaps the corporate gun lobby needs to be recalled. At the least, they need to stand down and allow public safety measures to pass. The fact that they oppose even the simplest of measures to save lives tells us what we need to know. And the fact that when they don't get their own way, they are willing to stop at nothing to get it tells us even more about who they are and what they are all about. If we but follow the money we see the connection between the gun lobby and gun industry. When money and corporate profits are involved things get ugly. Even NRA members understand that passing a law to require background checks on all sales will not lead to confiscation, registration or any of the awful things predicted by the corporate gun lobby. 74% of NRA members have said they support background checks, at the least.  It's time to put our heads together to get something positive done after 12/14. It's time for those who are reasonable to recall that too many lives are lost every day in America. Not doing something about this is irresponsible and insane. Let's get to work. Enough is enough.
Posted by japete at 7:43 AM