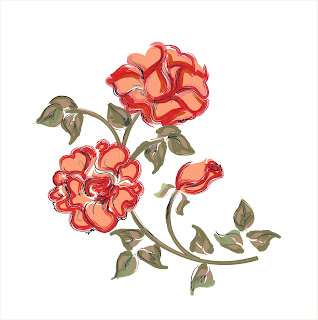 Do you give your mother flowers on Mother's Day? Mothers all over the country will be getting flowers, breakfast in bed, brunches and other gifts on the day set aside to honor mothers in America. Mothers can be fierce when it comes to protecting their children. 13 years ago, I went to Washington D.C. to march in the first Million Mom March from which a movement began. It was an amazing experience for all who were there. It felt empowering to be surrounded by so many other people, many of them mothers, who, like me, had lost a loved one in a senseless shooting. I was honored to be invited to the White House lawn to hear President Clinton and First Lady Hillary Clinton speak passionately about the issue of gun violence prevention just before the start of the March. We were inspired by their words. We were inspired by the huge crowd, the speeches and the music. But not much has changed since that Mother's Day. The shootings have continued. Congress has failed to act. And mothers are still angry about the lack of action to prevent the continued senseless shootings. This week, Million Mom March/Brady Chapters are acting to let our leaders know we want them, at long last, to vote on sensible gun laws.

This year, the mothers of the 20 children who were massacred on 12/14 won't get a card from their shot child. Some of the teachers who were killed were mothers so their children won't get to give a card to their mother. Mothers of the many other victims since last Mother's Day won't be getting cards either. One of them is Sandy Phillips, whose daughter was shot in the Aurora Theater massacre last summer. She now works for the Brady Campaign with victims of gun violence. What a brave woman. Erica Lafferty, whose mother was the principal of the Sandy Hook Elementary School, shot on 12/14, is not letting elected leaders off the hook for their failure to act. Here is a video of her confrontation at a recent Town Hall meeting held by New Hampshire Senator Kelly Ayotte:

Erica will not be giving flowers to her mother this Mother's Day. After the Sandy Hook shooting, a new group of mothers emerged. They are Moms Demand Action for Gun Sense. The group will hold vigils and other actions all over the country this week-end to remind our leaders that the passion of mothers can and will make changes. They will be bringing 8 home made or store bought flowers to events to highlight the 8 children a day who lose their lives to gunshot injuries in America. Their founder, Shannon Watts, has written this wonderful piece for Mother's Day this year. From her article:

This American epidemic, which has become a public health crisis, goes unaddressed by vocal minority of elected leaders in Washington who seem unwilling to act, either out of cowardice or self-interest.

After the mass shooting of elementary school children in Newtown, I thought Americans would finally stand up and say, "enough." Twenty children and six adults had been slaughtered in the sanctity of an elementary school by an assault weapon designed for the battlefield. The horror of it was almost too much to believe or comprehend. This has to be the tipping point, I thought. This has to be what moved us as a country to change.

But it wasn't. Twenty dead first-graders weren't enough to advance even the weakest of legislative measures.

We have talked for decades about trying to put an end to senseless gun violence by keeping these weapons of mass destruction out of the hands of people who should not have them, including convicted criminals and the clinically insane. This should be something we can all agree on. Our presidents have talked about it for years too, so much so that their speeches weave together as though they were written by the same person.

The vote that failed in the Senate would have been a small step in the right direction, and simply expanded background checks to cover all gun sales. It was a common sense measure, one that 90 percent of Americans, including a majority of the members of the National Rifle Association, supported.

Yet it failed. It failed because there are still people in our country who think the unlimited right to own guns and ammunition trumps the value of the lives of American children.

This shameful failure to act is a black mark on American politics and the nonsensical adherence to the mythical power of one well funded organization whose primary purpose is to keep the gun industry selling more guns to more people. The lack of empathy and respect for victims is really stunning. This lack of respect was on display at the recent NRA convention in Houston. How can one explain the promotion and sale of a bloodied figure of a scantily dressed "zombie" for target practice called "the ex"? From Joe Nocera's New York Times "Gun Report":

Two of today’s shootings involve men who allegedly gunned down their wives and other family members. In fact, many shootings covered in our daily report are domestic. This sad fact has apparently not gone unnoticed by Zombie Industries, an N.R.A. convention vendor famous for marketing a target that resembles President Obama. The company is under fire this week for marketing a mannequin shooting target in the likeness of a bleeding woman. Dubbed “The Ex,” the blond mannequin is clad in a tight white shirt and violet bra and actually bleeds fakes blood when shot. After an outcry, Amazon just yesterday stopped selling it.

Demand Action to End Gun Violence, a campaign of Mayors Against Illegal Guns, recently released an infographic revealing the intersection of guns and domestic violence. It included some startling statistics: women are more likely to be murdered by guns in America than they are in any other developed nation; the presence of a gun in domestic violence situations increases the risk of homicide by 500 percent; a majority of mass shootings involve incidents of domestic violence; in states that require a background check for a handgun sale, 38 percent fewer women are shot to death by intimate partners.

It seems this would be a perfect time for women’s groups and anti-domestic violence campaigns to join forces with the Brady Campaign and Mayors Against Illegal Guns and tie gun regulation to the protection of women and children—especially since the N.R.A. is increasingly linking the right to bear arms and women’s self-defense. Here is today’s report.

Luckily, the NRA is being more carefully watched after 12/14, and for good reason. They have been getting away with this stuff for many years now. But they are no longer being allowed free rein with their fear, paranoia, meanness and hyperbolic rhetoric. It is not acceptable that there are "zombies" for target practice resembling one's ex-wife or girlfriend. It is not acceptable that there are "zombies" with the likeness of President Obama to use as target practice. What kind of a world would think this is O.K.? The world of Wayne LaPierre and the NRA's newly elected president, James Porter, that's who. As long as this is the M.O of this group, people will continue to be shot daily with no support for common sense gun regulations to prevent even just some of it. This outright, not so subtle encouragement of shooting at someone you don't like translates to actual shootings of people you don't like. The message is clear here. The gun culture needs to change.

On Mother's Day, let us honor mothers and other women by supporting measures to keep them safe in their homes and their communities. And that doesn't mean urging them to buy guns. They will be less safe with a gun in their home. But the gun lobby stops at nothing to ramp up gun sales. Until the sale of guns is less important than protecting families and communities from the devastation caused by gun violence, mothers and others will stay involved. Until we do something about the daily carnage caused by shootings, mothers and others will hold vigils and demand action. I have signed a Mother's Day card to the Sandy Hook mothers in support of the efforts to strengthen our gun laws so that other mothers will not have to be without their children on Mother's Day.

Until we get our heads and hearts together to do the right thing in this country, too many mothers will be shot in senseless shootings. Until we decide that the NRA lobbyists and their leaders should not get to determine public safety in this country, more children will be gunned down senselessly, leaving their mothers without their children on a day to honor mothers. We are better than this. Mothers demand action and will continue to do so until our leaders act. Mothers are all about common sense. There will be events all over the country and actions taken this week and on Mother's Day week-end to hold our leaders accountable for their failure to act. It's time for them to listen to the collective voices of the mothers of America.

I just ran across this story, titled "Guns and My Mother" by Arkadi Gerney writing for the New Yorker, about a gun incident that changed his mother's life. His former job, working for Mayors Against Illegal Guns, has informed him about the need for change in our gun laws and he also tells his personal story. His story is compelling and the details about gun deaths are more than enough for us to do something on this Mother's Day. From the end of the article:

But LaPierre is wrong to suggest that there is something unseemly about people on our side telling our stories. It can be hard to dredge up a private agony for a public purpose—that, I suppose, is why I didn’t talk about my own history for so long, and why many other people are so reluctant. But gun violence touches people all over this country: from Boston to Akron to Seattle to Manchester, Illinois. And it’s the stories of the people whose lives are changed that can help to permanently change the debate, and thus make our country safer.

Every day, an average of thirty-three Americans are murdered with guns. Another fifty or so die in gun suicides and accidents. And another two hundred or so are shot and injured. That’s a lot of stories.

Gerney is right. There are too many victims. This is why he was involved. This is why mothers will not go away until our leaders act to strengthen our gun laws.

Christina-Taylor Green's mother is in a new PSA sponsored by Mayors Against Illegal Guns. You may remember that Christina was shot and killed at the Tucson mass shooting.
Here it is below:

Please stand with mothers and not the NRA this Mother's Day.
Posted by japete at 7:44 AM