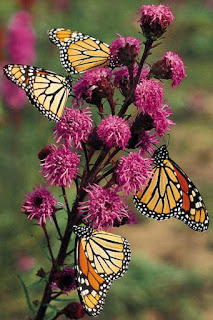 Going into the Memorial Day week-end I would like to share this very moving piece written by the mother of one of the Sandy Hook school shooting victims. Memorial Day is a national holiday reminding us of those who lost their lives during one of our nation's wars. One could almost think, with the daily carnage from gun violence, that our nation is at war with itself. Too many deaths. Too many memories. Days set aside to remember are meant to be healing. Only 5 months after one of the nation's worst school shootings, the memories are still fresh. Parents are still grieving and trying to cope with the horrendous loss of a child so young taken too soon in such an unimaginable tragedy. Many of these parents are speaking out in support of stronger gun laws. They understand that if some gun deaths can be prevented, then some laws should be passed. Other parents are quieter and have found other ways to deal with their loss. I found this piece, linked above, written by Jennifer Hubbard, to be a beautiful tribute to Catherine, murdered on 12/14:


Memorial Day is the first holiday of the summer season and in my part of the country, often the first time for families to go camping, boating, golfing, sailing, to cabins, etc. because the weather is finally warm enough for these activities. I do remember my Dad every year on this day. He fought in World War II in Italy and North Africa with the 34th "Red Bull" Infantry Division. He was always proud of his service but didn't talk much about the horrors he experienced. Some of those memories were buried deep inside and came out in occasional panic attacks which we would now label PTSD. Setting aside a day to honor those who have died in our wars is a good thing. What if we set aside a day to honor the dead from all of the shootings in America since, say, the Revolutionary War? How many would we remember? Since 1968 ( Vietnam War) 1,384,171 Americans have died from gunshot injuries. The death toll from all American wars since the Revolutionary War is 1,171,177. These are the latest gun death figures available. Stunning. Not much more needs to be said.

In memory of a young woman shot in a senseless murder/suicide in Duluth, our local Brady/Protect Minnesota chapter raised money for our Memorial Bell Garden in Duluth, dedicated to victims of gun violence. A photo of the bell can be seen on my blog. Whenever we have a bell ringing in memory of gun violence victims, someone unknown to us comes forward to ring the bell and it often invokes powerful memories and tears. I wrote about our most recent bell ringing on Mother's Day of this year in this post. Two women who attended our March to End Gun Violence, rang the bell in memory of their nephew who had been shot in California. They held a poster with a photo of their nephew as they said his name and rang the bell. It was healing and cathartic for them. As always, I remembered my sister, shot more than 20 years ago, by ringing the bell in her name. It's important to remind us, not only of that person but of the many others who have died. That is why memorials in Washington D.C. like the wall for Vietnam war casualties, the Korean and World War II memorials and others are so important and so visited.

I hope you will remember and reflect on those who have died from gunshot injuries this week-end and contact your elected leaders to ask them to support strengthening our gun background check system. The fact that they have done nothing about this carnage, especially after 12/14, is just plain irresponsible and insane. The fact that the corporate gun lobby has blocked us from passing common sense gun laws should be of great concern. We are better than this as a country. If we don't think the painful, poignant and beautiful piece, written by the mother of a 6 year old shot on 12/14 is not reason enough to pass gun laws to prevent others just like it, something is terribly wrong. Enough is enough.

In memory of Catherine Hubbard and all who have lost their lives to a bullet........ We remember you also this week-end. In your memory, we will make sure that we act to prevent and reduce gun deaths and injuries. For if we don't, what kind of country will we have become?