Falling down on gun responsibility 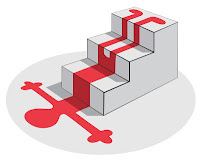 After watching the coverage of the tornado damage in Oklahoma, it's almost hard to write more about the damage due to guns in our communities. Weather related disasters take the lives of many every year. It's a good idea to pay attention to warnings and do all you can to protect your families from injuries and deaths due to weather disasters. Sometimes they happen with little or no warning. Sometimes there is time to get to a shelter or do something to protect yourself or your property. It's the responsible thing to do. If one can get to a safer place, or not drive during a blizzard, or heed hurricane advisories to get away from the winds if possible, or put sandbags outside of your house, or get to a basement or storm shelter, or get out of an open spot or near a tree during a lightning storm, why not?

Why not do the same for protecting our communities from the devastation due to gun violence? Unless the gun rights folks help to monitor what is going on with gun owners who are irresponsible and admit to the problem, we won't be able to change the gun culture as it is now. Until these folks get involved in pushing for safe storage, safe use of guns, and other safety measures, we will not do enough towards reducing senseless gun deaths and injuries. Until there is a realization that owning and carrying guns are both risky behaviors that may affect the health and safety of others, we will not do enough to stop senseless shootings. Our current gun culture encourages people to own guns for self protection, but even further, for possible insurrection against our duly elected government. This is a dangerous point of view that fosters fear and paranoia and higher gun ownership. As a result, we have the distinction of being the country with the most gun deaths per capita than any other civilized country not at war. And we also have the highest rate of gun ownership. These two things are inextricably related. From the linked article by Adam Gopnik writing for the New Yorker:

Actually, it’s hard to find a more robust correlation in the social sciences than the one between gun laws and gun violence. The cry comes back: “But those are just correlations. They don’t prove causes!” And, indeed, the most recent damning study, published in that cranky, left-wing rag the Journal of the American Medical Association—which shows a clear correlation, state to state, between strong gun laws and less gun violence—ends with the orthodox injunction that the study could not alone determine cause-and-effect relationships, and that further studies are needed.

But when a scientific study ends by stating that there’s uncertainty about whether a correlation proves a cause, it doesn’t mean that correlations are meaningless in every circumstance. Everyone knows that creating false correlations between two unrelated elements is easy. But it can be that a correlation is so powerful and reliable that it may actually point to that rare thing in the social sciences, a demonstrable causal relation. As a wise man once said, “Correlation is not causation, but it sure is a hint.” When you can separate out a truly robust correlation between two elements in our social life, it’s a big deal.

What makes a correlation causal? Well, it should be robust, showing up all over the place, across many states and nations; it should exclude some other correlation that might be causing the same thing; and, ideally, there ought to be some kind of proposed mechanism that would explain why one element affects the other. There’s a strong correlation between vaccines and less childhood disease, for instance, and a simple biological mechanism of induced immunity to explain it. The correlation between gun possession and gun violence—or, alternately, between gun control and stopping gun violence—is one of the most robust that you can find. And the mechanism that connects weak gun laws to gun murders and massacres is self-evident: with guns around, ordinary arguments escalate into ones where someone gets killed, and crazy kids who dream of getting even with the world can easily find a gun—or, like Adam Lanza, many guns—to do it with.

One sign of the robustness of the correlation is that the counterarguments are either easily explodable pseudo-science or stories that people tell each other on Internet forums. “If he’d had a knife, he’d use that!”—well, yes, he would have, and the kids In Newtown would be alive today. In response to real social science, with its cautious but solid correlations, you get obscene, Tarantino-style fantasies—“If the kindergarten teacher had had an assault weapon of her own, loaded, primed, and ready to fire, this wouldn’t have happened!”—and stray tabloid anecdotes—“I heard about this woman, she had a gun, and the marauders just saw it and…” Indeed, that’s the favorite absurdity of the moment: to insist that it doesn’t matter whether or not there’s any evidence that guns are used effectively on any scale in self-defense, because the incidence of gun use doesn’t accurately track the millions of times that the mere sight of a gun in the hands of a housewife scares off the bad guys, causing murderers otherwise determined on mayhem to run away screaming.

So, what to do? Something needs to change. With over 300 million guns in circulation, deaths and injuries are bound to happen. Take this example of a woman in Colorado who thought she would show her friends her AK-47. The problem is, she was irresponsible enough to be drinking at the same time and stumbled down the stairs, killing herself on the way down after the gun discharged. Is this stupid and dangerous or what?

Having a gun in the home can be risky for those who live there. See this speech by Arthur Kellerman about those risks:

“It’s natural to want to do everything you can to keep you family safe, especially if you live in a dangerous neighborhood,” he told the Milwaukee-Wisconsin Journal Sentinel. “In a thunderstorm, it is also natural to take cover under the nearest tree, but that doesn’t make it a good idea.”

Kellermann has published several studies on gun ownership, which found keeping a firearm in the home increased the odds a family member would become a homicide victim. Not surprisingly, gun rights advocates have claimed that his research is flawed.

“That work has been out and available for over 15 years, and multiple studies have shown homes where guns are kept are actually more likely to be the scene of a homicide or a suicide than homes in exactly the same neighborhoods without guns.”

He advised those who wished to keep a gun in the home to store it in a highly secure location that couldn’t be accessed by intruders or distraught family members.

Yes, owning a gun can be a risk and may not keep the owner safer than if he/she did not have a gun at home or in public. The incident, above, is a prime example of that. The corporate gun lobby has a vested interest in pushing the myth about more guns making us all safer. I have disputed that many many times on this blog. A recent article puts some of the statistics into graph form to show why the specious arguments spouted by the gun rights extremists are not true. From the article:

Still, is “More guns, less crime” the question we should really be asking? Most gun control advocates simply want commonsense measures, like getting rid of the gun show loophole, universal background checks and high capacity magazine bans have almost universal public support, especially among responsible gun owners. They have such support for good reason: they actually work.
We know because tons of other countries have reduced their gun violence by reducing guns; Australia is the most recent example. Having a gun in your home makes you vastly more likely to take your own life. A 2006 study published inPublic Health finds that, “the proportion of firearm suicides decreased simultaneously with the proportion of households owning firearms. This result is in line with the well-established association between availability of firearms at home and risk of firearm suicide.” (...) But, in fact, the aggregate number of guns in society isn’t really what we want to control: we want to keep guns out of the hands of those who are violent, criminal or mentally challenged. I don’t have a problem with responsible citizens using guns that they have obtained with a permit, after undergoing a background check and using a gun with only a small magazine capacity. So the real question is not, do more guns lead to more crime, but, do stricter regulations reduce crime? In fact, they do. Here’s a chart from a recent study by the Center for American Progress. (...) So certainly, violence is down, and often, high levels of gun ownership can exist with low levels of crime (just not often). The real question is: does gun control work. The evidence is in. Now let’s hope the politicians listen.

I would suggest looking at the graphs in the above article. They are instructive and provide yet another correlation between gun ownership and the danger to the owner or others close by. As long as we have a country where gun ownership is so high and where guns are idolized by so many, we need to be responsible for keeping us all safe from guns obtained illegally and in the wrong hands as well as legal guns that are misused because of irresponsible behaviors. Legislation will help to reduce and prevent some gun deaths and injuries. Common sense and safety measures, along with understanding the risks of guns in the home can also help to prevent senseless loss of life. It's imperative to do both if we are serious about saving lives. Let's get to work and do what has to be done. Lives depend on it.