We will not forget Newtown 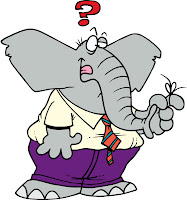 Congress is back in session. That's both a good thing and a bad thing. Congress has a way of making things worse whenever they gather together. It's a pretty dysfunctional group of people right now- seemingly incapable of doing the people's business. They too often forget why they are there in the first place. Speaking of forgetting, Congress needs a big reminder that the people's lobby wants them to pass a reasonable gun law in the wake of the Newtown shooting. Just what will it take to pass even the simplest of measures to keep guns out of the hands of people who shouldn't have them? Just what will it take to get them to understand that the shooting of little children in a school isn't acceptable in America? Will they remember the horror of 12/14?Just what will it take for our leaders to stop buckling under to NRA lobbyists who want no changes to our nation's weak gun laws? Will they remember that the gun extremists represent a small minority of Americans? Just what will it take to move the discussion to the floor of the Senate where a vote should take place to honor the victims of the Sandy Hook elementary school shooting? For surely the families of the many victims of high profile and everyday shootings deserve to have a vote on the floor of the U.S. Senate. Will they remember their grief?

Apparently it is lost on some Senators that the public has been consistently and strongly in favor or common sense gun laws. They must have forgotten already about the massacre that took the lives of little children. They must have forgotten that the country is telling them to get up- to stand up to the NRA extremists- and do their jobs. Maybe demanding that they look at the faces of the first graders who were massacred on 12/14 will remind them of what the public is expecting them to do. This great editorial in the Star Tribune came the day before Congress resumes its' business. Please look at the photos of the 20 children and the staff who died on 12/14 at Sandy Hook elementary school. Here is the editorial in its' entirety:

You remember the promises. We would never forget the horror of Newtown. We would do everything possible to ensure that it could never happen again. We would honor the victims with new laws designed to protect those who most need protection.

Look at the faces. They could be your children, your teachers, your friends. Twenty-six came to a Connecticut grade school one December morning to learn and teach, laugh and play. Instead they were slaughtered, along with the mother of the alleged shooter, and in its grief a nation was united in a desire to be safer, to be better.

As the cameras rolled, the politicians promised. They would join together, across party lines, and they would make government work for the voiceless, not the lobbyists. Trust us, they said, this time will be different — in Washington, in St. Paul and in capitals across the country.

But will it? Did they lie to the mothers and fathers of the children on this page? Did they lie to those who simply want safer schools, workplaces and streets? Congress will begin to answer those questions this week, four months after Sandy Hook. America is waiting.

"Never forget the faces." Politicians often say the right thing or what they think people expect them to say right after a tragedy. It's easy to do at that time. But what happens when the cameras are off and the uproar dies down? They "forget". We aren't going to let them forget. Not this time. The Sandy Hook parents are not going to let them forget. They will be putting the photos of their children in front of our leaders and demanding that they do the right thing. They will be in Washington making noise and demanding action. America is demanding action. Unbelievably, a few Republican Senators are going to filibuster common sense gun safety bills. What is the matter with men ( it is mostly men) who think their own ideology trumps the lives of precious children? They are bullies. I'm not the only one to think so. Please read this great blog:

Get off your asses. It is that simple. Take these bills and debate them in public, on the Senate and House floors and let each and every one of you stake your claim to either solving gun violence or supporting your lobbyist gravy-train. Let’s see you on CSPAN rationalizing how 10,000 deaths per year are “the price for freedom”, see you rationalize that the safety of schools and malls and restaurants and churches are less important than posturing for your supporters – at least those who write you checks.

Many of you incessantly refer to the Founding Fathers when trying to defend your positions. My guess those Founding Fathers wouldn’t let you in the front door after they heard your pettiness, and I am sure they wouldn’t let you stand on the floors of Congress where the adults work. Quit acting like the elementary school students that you appear to be and learn to work together, learn to compromise like adults are compelled to do every day.

Now, some of you might think I am not being respectful of the august houses of Congress and you would be right. Respect is earned. You have earned none.

Americans are becoming impatient with inaction and stupidity. What if this were your child? What if this were your grandchild or your niece or nephew? Stop it already. Stop with the ludicrous pandering to the NRA lobbyists. We all understand what this is about and it's not about saving lives, that much is clear. When keeping a seat in Congress is more important than stopping little children from being shot, Congress doesn't deserve our respect or our votes.

Who are the Congress members who have already forgotten the names and faces of the Sandy Hook elementary school victims? Who are they? Not one Senate Republican voted in favor of the bills that came out of the Senate Judiciary Committee. Will some of the moderate Republicans come forward to vote for a bill that would surely save some lives? If not, why not? And will those Democrats who have wrongly assessed that voting for gun safety measures would make them vulnerable to the gun extremists do the right thing? Will common sense trump special interests? Find out. Thanks to my friends at Coalition to Stop Gun Violence for this graphic, posted on their Facebook page:

Maybe if the above named Senators watched the CBS 60 Minutes segment where the families of the Newtown victims spoke from their hearts and souls about their shot children, they would stand up and shout that the NRA doesn't get to decide how gun policy is made in this country. You can watch this for yourself and then say whether you could ignore or forget these grieving parents: