Traveling with my blog 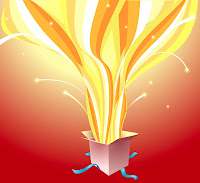 
I will be traveling outside of the country for about 10 days or so. That will keep me away from monitoring my blog and posting comments regularly. But I will be posting nevertheless ( if all goes well) as I travel through a number of European countries and reporting on some highlights as well as on the gun laws in these countries. I hope you will follow along. A lot will be going on while I am away and so I will try to follow the national discussion about gun violence prevention measures and may post some short posts with my observations. I hope that the Senate has a healthy debate about gun violence prevention. That is what this country deserves after all of the mass shootings and every day shootings that have taken so many lives. I hope that the Senators decide that common sense trumps the backwards and perverse illogical arguments of the NRA lobbyists and leaders. For that is what this country deserves. That is what the Newtown community deserves. That is what the families of the 20 little children who were massacred on 12/14 deserve.

In all of this debate and the ensuing arguments about what kind of legislation to put forward, we must always remember that there are victims involved. There are too many of them. That is why we are having the discussion. It is unseemly and crude to criticize victims. Why do we think we make all laws in America? It's because we are trying to prevent people from being hurt or killed for the most part. Why do we do research on causes and effects of diseases and accidental injuries and deaths? Because people are dying and we may be able to stop it or, at the least, treat it. Gun injuries and deaths are no different.

It's clearly time for action and I believe we will see it. This time, the NRA does not have the influence it once had. That is because the NRA lobbyists and leaders have gone too far and have become too entrenched with the gun industry. That's what happens when there is a collusive relationship. It can turn  unhealthy and self sustaining with no regard for the consequences. Selfishness and greed have trumped public safety for way too many years. But Pandora's box has opened and even our elected leaders have seen what is truly inside. It's not pretty.

I hope you will check out this new video showing the ludicrous nature of the arguments about the gun debate.

Guns have changed since the Second Amendment was written. So must our laws. If we don't change something, what are we all about? Now is the time for a change and opening the box of the NRA lobbyist tricks is helping to make that change happen. Unfortunately, I know that while I am gone, the daily shootings will continue. Meanwhile I hope you will continue to read Joe Nocera's "Gun Report" blog as well as Ohh Shoot and Kid Shootings for accounts of shot Americans. According to Slate.com, 3444 Americans have been shot since 12/14. And those are the ones we know about, most likely not including gun suicides. That is the American way and what we have come to expect. It doesn't have to be that way. We can do something about it. That is what Senator Joe Manchin said and that is what he is going to do. Something- anything- so he won't have to look another set of parents of massacred little children in the eyes and cry with them. Thank you Senator Manchin.

While I am gone, some pretty significant debate and votes could occur. I hope they do and I hope the outcome is a better country, a more safe country, a country more serious about protecting families and communities from the devastation of gun violence. If we can't do that as a country, we can't do anything right. I just know we are better than what we are doing now. As for me, I will keep one eye turned towards home while enjoying my travels. I hope to open the box of new and magical places and vistas in another part of the world. I'm excited and so fortunate to be able to travel to new destinations. One needs to see what people in other countries are eating, wearing, thinking and doing in their every day lives. It's eye opening and mind broadening. That's what I'm hoping for our lawmakers here at home.
Posted by japete at 4:00 PM