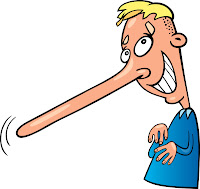 Facts matter. Can you just make up a school shooting to make a point that more guns are needed in schools to defend against school shooters? Apparently. Here is what the NRA made up:

"The centerpiece of the NRA-funded "Report of the National School Shield Task Force" is putting armed guards in America's K-12 schools. Deep into the 225-page report, a section on securing buildings makes the case for doing away with classroom windows that may be vulnerable to armed attackers. It cites a mass murder from three years ago:

For example, in 2010 a 16-year-old attacker killed six people hiding in a locked classroom in Hastings Middle School in Minnesota by shooting and subsequently stepping through a tempered glass window that ran vertically alongside the classroom door.

Horrifying—except it never happened. Here's what actually happened in 2010 at Hastings Middle School in Minnesota:

Brandishing a loaded handgun at teachers and students in at least two Hastings Middle School classrooms Monday, an eighth-grade student spread terror but fired no shots before being tackled and subdued by a school police officer.

"It was the closest thing to a school shooting without firing a gun," said Michael McMenomy, Hastings police chief. "We don't know whether he didn't want to shoot or whether the gun jammed."

Confronting one locked door, the student used the gun to break out a pane of glass, thrust his arm through the opening and unlocked the door. Again he pointed the gun at the class, but fled without shooting.

Fortunately, no one was injured in this frightening yet nonlethal incident. That's a less useful story for the NRA, though, whose modus operandi is to call for more guns by appealing to fear and fantasy. It's possible that the episode in question may have been a mix-up; its footnote cites a news story covering both the incident at Hastings Middle School and the massacre at Red Lake Senior High School five years prior, in which a teen assailant killed seven and injured five before committing suicide. But whatever the case, the bad info shows that the NRA is unreliable when it comes to assessing mass gun violence."

Now, as my readers know, I live in Minnesota. Had there been a mass school shooting in 2010, I would know about it. I do know about this incident. It was frightening. More about it:


Brandishing a loaded handgun at teachers and students in at least two Hastings Middle School classrooms Monday, an eighth-grade student spread terror but fired no shots before being tackled and subdued by a school police officer.

"It was the closest thing to a school shooting without firing a gun," said Michael McMenomy, Hastings police chief. "We don't know whether he didn't want to shoot or whether the gun jammed."

School officials had ordered the building locked down at about 10:30 a.m., when the 14-year-old was spotted in a hallway with the gun. He burst into a fourth-hour science class and pointed the gun at teacher Mike Rapatz and his students, who were too stunned to even leave their seats.

He fled back into the hallway, pointing the gun at staff members who hadn't heard the lockdown announcement and trying to break into other classrooms as frightened students sent text messages to friends warning them of the approaching danger.

There was a police officer on duty as there are at many middle and high schools. They are there in case of incidents like this but also to work with kids who have had problems with the law or have caused problems in the building. They usually get to know the kids as they are visible in the hallways and outside of the school. These officers are armed but using a gun is hopefully the last resort. In this case, the officer thought it wiser in the situation presented to tackle the boy instead of shoot him. The gun extremists way of handling this situation would be to shoot to kill.

The NRA lobbyists and leaders are really good at making things up. They must think we will believe it. Not this time. People are checking up on their propaganda and finding it to be just that. Such slight of hand should not be acceptable. What else in this NRA plan is believable given this bold lie? We need facts and we need the truth. People are dying every day from gunshot injuries. 20 first graders were massacred on 12/14. Don't lie. Don't make things up. Don't scare people and incite paranoia. We're tired of this old way of doing business. If the NRA wants to be taken seriously and actually represent its' members, it would stop putting up barriers to doing the right thing. It's time for common sense. Let's get to work and pass reasonable gun laws so we won't be reading about more real mass school shootings or mall shootings or shootings at movie theaters. Prevention is better than waiting for something to happen and hoping someone will be there with a gun at the exact moment a shooter decides to massacre little children. And certainly the NRA should not get away with outright lies. Serious problems deserve serious solutions.

Well, the NRA must have heard enough about their sloppy reporting in their report. They have now taken back their error in reporting a phony Minnesota school shooting, as discussed above. From the article:

Some research groups say they are not surprised that an NRA-funded report would prove to be less than accurate.

“There isn’t much that generally has been done by the NRA that does real research about the causes and solutions to America’s gun violence epidemic,”  Lindsay Nichols, an attorney at the nonprofit California-based Law Center to Prevent Gun Violence, told MSNBC.com. “They have been a voice for gun manufacturers and the gun industry.”

The NRA-funded school safety task force recommended allowing school faculty, administrators and other personnel including hired guards to be trained to carry firearms on school property. Even though school safety groups across the United States maintain that, apart from a few exceptional cases, such as in a remote, rural school, only sworn police officers who are then further vetted and trained should carry firearms on school property.

The NRA-commissioned report also recommended that windows in many schools be either fortified or eliminated to enhance safety.

“For example, in 2010 a 16-year-old attacker killed six people hiding in a locked classroom in Hastings Middle School in Minnesota by shooting and subsequently stepping through a tempered glass window that ran vertically alongside the classroom door,” read the original Report of the National School Shield Task Force released last week, adding that the boy then reached through the broken window he just shot out to enter a locked classroom where he killed six victims.

That event never occurred. Instead, an eighth grader brandished a loaded handgun at teachers and students in two Middle School classrooms in Hastings, a suburb of St. Paul. But the child fired no shots before being tackled and subdued by a school police officer.

Better late than never, I suppose. But it's pretty hard to be seen as a credible organization when such careless and ludicrous mistakes are made. Lives are being lost every day. There's no room for mistakes like this.