No more sympathy- we want action 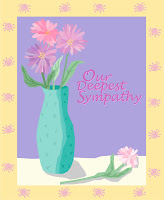 It's that time of year again when we are reminded of several high profile shootings in America. Those of us who have lost a loved one to a bullet are tired of the condescending and cynical inaction in Congress about gun violence prevention. We are tired of the sympathies of our lawmakers. We don't want any more sympathy. We want action. We have waited too darned long. We are tired of shooting anniversaries when we are reminded of the dead. But every year, another anniversary comes, another birthday, another holiday and nothing is done to prevent the next mass shooting or the next domestic shooting or the next dangerously mentally ill person from getting a gun to shoot up a school or a movie theater. April 12th (tomorrow) will be the 14th anniversary of the worst high school shooting in American history. It began what now has been a pattern of mass shootings and school shootings. This, of course, is the Columbine mass school shooting. On April 12, 1999, 2 young men who got their guns from a friend who bought them from a private seller at a gun show, killed 13 and injured 21. From this Wikipedia entry about the shooting:

The massacre sparked debate over gun control laws, the availability of firearms within the United States and gun violence involving youths. Much discussion also centered on the nature of high school cliques, subcultures and bullying, in addition to the influence of violent movies and video games in American society. The shooting resulted in an increased emphasis on school security, and a moral panic aimed at goth culture, social outcasts, gun culture, the use of pharmaceutical anti-depressants by teenagers, teenage Internet use[1] and violent video games.[2][3]"

Sound familiar? What has happened since the Columbine school shooting? Very little but here are some results:


The shooting resulted in calls for more gun control measures. In 2000 federal and state legislation was introduced that would require safety locks on firearms as well as ban the importation of high-capacity ammunition magazines. Though laws were passed that made it a crime to buy guns for criminals and minors, there was considerable controversy over legislation pertaining to background checks at gun shows. There was concern in the gun lobby over restrictions on Second Amendment rights in the US.[91][92] In 2001, K-Mart, which had sold ammunition to the shooters, announced it would no longer sell handgun ammunition. This action was encouraged by and documented in the film Bowling for Columbine.

The state of Colorado passed a law to require background checks for private sellers at gun shows to make all sales consistent with the requirement for licensed dealers. This came only after the bill went to the voters to decide. And decide they did by a 70% margin. That did not come without a fight, of course, from the NRA lobbyists and leaders who were brazen enough to hold their national convention in Denver soon after the shooting in spite of requests to cancel the event or change the venue. Never mind. The NRA is totally insensitive to victims.

Surprisingly, the U.S. Senate passed a background check bill in 2000 after the Columbine shooting:

Six moderate GOPers voted for the amendment to close the loophole. But a whopping 31 Senate Republicans voted for final passage of the larger bill, including the Democratic provision to mandate background checks at gun shows, giving it a huge 73-25 majority. McConnell voted in favor, as did Orrin Hatch and Jeff Sessions, two of the most powerful Republicans in the upper chamber today, along with conservative stalwarts like Rick Santorum, Strom Thurmond and Jon Kyl.

“This is a turning point for our country,” Gore proclaimed. But the victory was short-lived.

In June, the Republican-controlled House passed a bill with a much weaker background check provision, and rejected the Senate version. Then nothing happened. Usually, the Senate and House would each appoint representatives to hash out the differences between their two bills. But instead, House Republicans simply refused to appoint negotiators for months, sapping momentum from the bill.

By the time the first anniversary of the Columbine shooting rolled around in April of 2000, there had still been no forward motion.

Activists kept up the pressure for months, as did Clinton, but the public had grown weary and lawmakers no longer faced the constituent pressure of the previous year. ”Despite a series of tragic shootings in our nation’s schools, places of worship, day care centers, and workplaces Congress has stalled passage of common-sense gun safety legislation that passed in the Senate for over one year,” Clinton said in November of 2000, 18 months after the Senate passed a bill with a large bipartisan majority to close the loophole. But by then, the election had sealed the fate of the Democratic bill and universal background checks, at least until 2013.

Nothing changed. Inaction again. Congress just refused to do the right thing to honor the victims of a horrific shooting. And then more shootings happened. April 16 marks the 6th anniversary of the Virginia Tech school shooting, now labeled the worst school shooting in America with 32 dead and 17 injured. From the article:

The massacre prompted the state of Virginia to close legal loopholes that had previously allowed Cho, an individual adjudicated as mentally unsound, to purchase handguns without detection by the National Instant Criminal Background Check System (NICS). It also led to passage of the first major federal gun control measure in more than 13 years. The law strengthening the NICS was signed by President George W. Bush on January 5, 2008.[12]

So how is this law working? Take a look at this recent report from Mayors Against Illegal Guns about how the system is working in your own state. Actually, it's not working well enough. Minnesota, for example, is only sending about 1/5 of the number of records that need to be in the NICS data base. One of the things, of course, that would help, is to stop people from buying guns without background checks from private sellers. That would ensure that adjudicated mentally ill people who should not be able to get guns, would have a harder time getting them. But the NRA lobbyists don't want to prevent these people from getting guns, apparently, as they are against even the less than complete background check bill now sitting in the Senate.

Let's talk about this. The Senators who worked out a compromise did so because of pressure from both sides of the issue. The NRA has insisted that expanding background checks to private sales will lead to registration and maybe even confiscation. This is illogical, perverse, cynical and nonsensical, of course, because the current system has been in place for 20 years without gun registration or confiscation. But never mind logic. What is the NRA saying about the proposed compromise? From the article:

“The sad truth is that no background check would have prevented the tragedy in Newtown, Aurora or Tucson,” the NRA’s statement continued. “We need a serious and meaningful solution that addresses crime in cities like Chicago, addresses mental health deficiencies, while at the same time protecting the rights of those of us who are not a danger to anyone. President Obama should be as committed to dealing with the gang problem that is tormenting honest people in his hometown as he is to blaming law-abiding gun owners for the acts of psychopathic murderers.”

Now they have found a new target for their blame- President Obama's home town of Chicago. Moving the goal posts is always a good NRA tactic. Of course this bill won't prevent all shootings. We know that. That doesn't mean we shouldn't try to stop some of the shootings. I mean really- considering the overwhelming number of shootings every day in America, to be opposed to a bill that would stop just a few of them is puny and obstructionist to put just a few adjectives on it. It's bully tactics. Do this our way or not at all. No compromise. No discussion. The public is not supportive of this kind of tactic and wants something to be done. The NRA lobbyists are more and more irrelevant with every statement they make. Our leaders should not listen to them when making deals. They won't deal. Why not just do what makes common sense, as Senator Toomey just said today in the press conference announcing a compromise amendment to the Senate bill:

"The common ground rests on a simple proposition: criminals and the dangerously mentally ill shouldn't have guns. I don't know anyone who disagrees with that premise," Toomey said during a press conference. "I don't consider criminal background checks to be gun control."

Toomey, who has an 'A' rating from the National Rifle Association, said he did not fear the wrath of gun groups who may disagree with the proposal.

This is worth repeating, from Senator Toomey: " I don't know anyone who disagrees with that premise." Really Senator Toomey? I guess you didn't realize that no matter what you came up with, the NRA would be unyielding in their opposition. I'm glad to hear that you don't fear the wrath of gun groups because you will feel the wrath. Of course, the NRA was in the room during the negotiations for the compromise. Why in the world was the NRA lobbyist helping to write this bill? Where were the victims? Where were the gun violence prevention groups? They represent the majority of Americans. Why was a group who represents maybe 10% of Americans, at most, sitting in the room helping to write legislation that will affect us all? What could possibly go wrong? This is wrong on so many levels. And it shows just how stupidly afraid of this mythically powerful group some of our leaders really are. They don't need to be but they just can't get it into their heads that they can actually stand up to this group and still get elected. And they can have a conscience and their integrity after they have exerted their independence.

How sad that we are forced to remember dates to commemorate anniversaries of shootings. How many more of these will we be forced to remember before our Congress does something about it? The time is now to do something before more little children are killed in massacres. Save your sympathy. Do something to stop this. Too many victims are being remembered. Shootings like Sandy Hook, Aurora, Columbine, Virginia Tech, Tucson, Accent Signage, Sikh Temple, and others have changed the hearts and minds of Americans at long last. After the tragedy of 9/11 where almost 3000 people died in a terrorist attack against our country, we made many changes to public safety. That day changed this country forever. It changed the way we travel. It changed security in many places. It changed the lives of many in the military who served and were killed or injured in two wars after the attacks. There were 4977 combat deaths from those wars, and we are still in Afghanistan. But just since 12/14, 3349 Americans have been killed by bullets that we know of. And 4 people were accidentally shot in just a few days by toddlers who got their hands on loaded guns. We have a gun culture that contributes to senseless gun deaths like those listed in the article. Guns are dangerous weapons designed to kill. The fact that we wouldn't do a better job of keeping our communities safe from the devastation from gun violence is irresponsible. We are better than this. It's time to act. The majority of Americans are behind the Senators who are willing to stand up to the NRA lobbyists and leaders. Now all we need is for more of them to understand this and do the right thing in spite of this opposition. It looks like that is happening.
Posted by japete at 7:16 AM