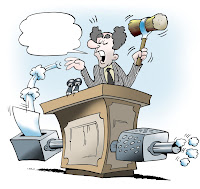 Today is the anniversary of the assassination of Martin Luther King Jr. Today would have been the birthday of Ana Grace Márquez-Green. You can read more about actions in their names later in this post. But first, I want to talk about what is happening around the nation concerning common sense gun laws. In the face of fierce resistance from gun rights extremists and the NRA, several states have passed stronger gun laws after the Newtown massacre. They did not just consider laws and then weaken them to the point of almost doing nothing to solve a very big problem. They acted and they acted boldly and bravely. Maryland just passed some of the strongest gun laws in the country. It's refreshing to read about lawmakers who are willing to stand up to the NRA lobbyists and do the right thing for public safety. It is important to pass reasonable gun laws because it sends a message that we will not tolerate the daily carnage any more in America. It also sends a message that the NRA lobbyists and leaders do not make the rules any more. They represent a minority of Americans who are becoming more irrelevant as states all over the country continue to deal with mass shootings, school shootings, workplace shootings, mall shootings and the shootings that plague our large urban areas every day. Most importantly, these lawmakers have understood that the majority of their constituents are supportive of what they are doing. They get that doing nothing is not an option and they will not be intimidated by the extremists. From the linked article above:

Amid the wave of legislative efforts nationally, Maryland’s is the only package whose new requirements would force gun buyers to provide fingerprints and undergo classroom training, target practice and background checks to obtain a license to buy a firearm.

No state had sought to impose a licensing requirement in nearly 20 years, a period when the National Rifle Association grew increasingly powerful in American politics. The NRA criticized the Maryland House vote, continuing months of complaints that licensing and fingerprinting amount to a fundamental infringement of a constitutional right.

The vote on one of O’Malley’s top priorities of the legislative session, which ends Monday, came as federal gun-control legislation is stalled in Congress: An assault-weapons ban is no longer part of a bill, and universal background checks have bogged down.

Maryland would join five states — Connecticut, Hawaii, Massachusetts, New York and New Jersey — in requiring fingerprinting of gun buyers. It also would join seven states and the District in banning a wide array of assault weapons.

Under the Maryland bill, any resident wanting to buy a gun would have to pass the new training and testing requirements before receiving an ID card issued by the Maryland State Police. State officials said the ID card would be similar to a driver’s license, probably with a photo. It would have to be renewed every 10 years.

Marylanders would not need to get a license to buy hunting rifles and shotguns.

Raise your hand if you think it's not important to make sure people who own and carry guns get adequate training and even testing to do so. It's an awesome responsibility to have a weapon designed to kill. Making sure everyone who does own a gun is responsible and proficient is a good idea, right? My daughter just got her Minnesota drivers license after moving from Pennsylvania back to her home state of Minnesota. She had to take a test to get her license in a different state. It wasn't easy actually because she had to read a manual and answer questions that many of us who have been driving for a while may not be able to answer on paper. But it is a requirement and people don't object. It's the law. It's important that drivers are safe and know the rules of the road. Lives depend on it. Why do states require testing and training before being able to drive? Is it just that they want to punish law abiding citizens? Of course not. Cars are not designed to kill people but accidents do happen and people die. People need to know how to drive a vehicle for very good reasons. As we know, cars need to be registered and when transferred in a sale, in a trade, or to a family member, that has to be recorded someplace. License plates are required on a car. Law enforcement can trace car owners by the plates on the car. Why do we do that? To punish people? No. It is to track speeding drivers, stolen cars and make sure people who own the cars are following the rules.

Connecticut has joined other states in passing stronger gun laws. Never mind that the NRA bussed people to the legislature to put pressure on their lawmakers not to pass stronger gun laws. In the state that is the home of one of the worst and gruesome shootings of small children in our nation's history, the gun rights extremists still don't get it. They seem to think this is about them. It isn't. They can have their guns for self defense and hunting. They just won't be able to use ammunition magazines of over 10 bullets for their target shooting any more. They will have to take an extra 5 minutes to get a background check if they buy a gun from a private seller. They already do this when they buy a gun from a licensed dealer. And felons, domestic abusers, and those who are adjudicated mentally ill lmay just have to work a lot harder to get a gun when they are in the mood to shoot someone. If it stops the next mass shooter from using high capacity magazines to massacre a bunch of kids or people in a few minutes' time, it's well worth the inconvenience. That's a good thing for public safety.

Today is the birthday of one of the children massacred on 12/14-Ana Grace Márquez-Green. This essay in the USA Today by her parents honors Ana and urges lawmakers to do the right thing in her memory. Read more:

But we must do more. Today, the governor of our home state of Connecticut will sign historic bipartisan legislation designed by legislators to make our communities safer. Their cooperative spirit should be a model for Congress, when the Senate considers legislation next week to reduce gun violence.

We must look to our elected leaders and demand that they act, with love, to protect every citizen from gun violence. There is no one easy solution. Our mental health system needs an overhaul, and that will take time. No one knows this more than I do, as a licensed marriage and family therapist. But there are several steps that Congress can, and must, take now to save innocent lives.

We want to see background checks for all gun sales. Why are only some required now when we know they make it harder for criminals and those deemed mentally ill to get their hands on guns without inconveniencing anyone who is law-abiding?

We want to see sales of magazines no larger than 10 bullets. Is the ability to buy a 30-bullet magazine worth the life of even a single child? The shooter at Sandy Hook Elementary carried 30-round magazines and emptied more than 150 bullets into 20 children, including our Ana, and six educators in about four minutes. Eleven children escaped when the shooter stopped to reload. What if he had to reload 10 more times?

In order to survive this, our family has adopted the mantra "love wins!" Nothing will bring our daughter back, but if love wins in Washington and we truly value human life, somewhere else in America, another Ana will live to realize her true potential.

Love and empathy should win. So far, it's the ugly political in-fighting and pressure from NRA lobbyists that is putting the pictures of lost loved ones on the back burner. Shame on our lawmakers for being weak in the face of resistance. In Ana's memory and the memory of the other 19 children and 6 adults murdered on 12/14, let us move forward and do the right thing.

Today is the anniversary of the assassination of Martin Luther King Jr. It came on the heels of the murder of Bobby Kennedy and led to changes in our nation's gun laws. The horrors of the shootings of these two public figures compelled Congress to do something tangible after the tragic shootings. If you read the linked article, you will find that other high profile shootings have led to reasonable changes in gun laws. These shootings highlight the gaps and loopholes in our laws and require us to reexamine our priorities and public safety. The Sandy Hook massacre should be no different. Politicians of all stripes can support common sense gun laws without infringing on rights. It is an infringement of the right for a child to go to school and come home at the end of the day if laws are not passed.

In Atlanta today, from the linked article above, a campaign to stop youth violence will be launched in Martin Luther King's memory:

The King Center in Atlanta said it would honor its namesake by kicking off "The 50 Days of Nonviolence," a challenge for youth to abstain from violence for the rest of the current school year.

"As my father said, 'The choice is no longer between violence and nonviolence. It is either nonviolence or nonexistence,'" said Bernice King, the civil rights leader's daughter and chief executive officer of the King Center.

"We believe young people have a leadership role to play in creating a nonviolent society," she said.

We need much more than 50 days of non violence. We need every day to be about non violence. It's 45 years since King was murdered. Why does it take so long to get things done in America? We shouldn't have to campaign for youth to be non violent. We shouldn't have to write editorials in newspapers about slain children on their birthdays to get lawmakers to pass laws to stop the carnage. Surely we are better than this. Our lawmakers should be doing this because it is the right thing to do and because their conscience tells them that their job is to keep us all safe and free from the gun violence that devastates our communities every day.  Enough is enough.
Posted by japete at 11:33 AM