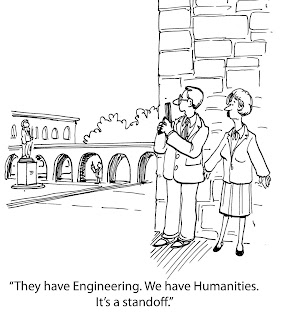 The NRA lobbyists and leaders have trotted out their plans to arm teachers. In a press release yesterday, the NRA spokesperson Asa Hutchinson released the inevitable idea that arming teachers is a good idea post Newtown:

The study — unveiled at a news conference watched over by several burly, NRA-provided guards — made eight recommendations, including easing state laws that might bar a trained school staff member from carrying firearms and improving school coordination with law enforcement agencies. But drawing the most attention was its suggested 40- to 60-hour training for school employees who pass background checks to also provide armed protection while at work.

"The presence of an armed security personnel in a school adds a layer of security and diminishes the response time that is beneficial to the overall security," said Asa Hutchinson, a GOP former congressman from Arkansas who directed the study.

Asked whether every school would be better off with an armed security officer, Hutchinson replied, "Yes," but acknowledged the decision would be made locally.

It is unusual for guards to provide security at events that lack a major public figure at the National Press Club, which houses offices for many news organizations. NRA spokesman Andrew Arulanandam said he did not know whether the guards were armed, and several guards declined to say if they were.

Hutchinson said school security could be provided by trained staff members or school resource officers — police officers assigned to schools that some districts already have.

Dan Domenech, executive director of the American Association of School Administrators, said while a trained law enforcement officer with a gun would be valuable, his group opposes arming "a teacher or an employee who simply has taken a course and now has the ability to carry a weapon."

The Brady Campaign, a leading gun-control group, accused the NRA of "missing the point" by ignoring the need for expanded background checks and other measures the Senate is considering. It said people want "a comprehensive solution that not only addresses tragic school shootings, but also helps prevent the thousands of senseless gun deaths each year."

Hutchinson also said that it would be fine for teachers to actually carry an AR-15 while performing their daily teaching duties. Yes, really. He said that. From this video of Lawrence O'Donnell's MSNBC show last night:


In what world is he living? This is what that would look like:

This idea is ludicrous but an organization that is so fearful and paranoid that they need their own armed guards when they hold a press conference is not likely to be suggesting anything that doesn't involve guns. Further, members of their task force would benefit financially if this plan were to take place. Always follow the money when the NRA lobbyists and leaders recommend or oppose anything. Since the gun industry is so intertwined with the NRA, profits trump safety. More from the linked article:


In fact, the report presents a clear conflict of interest as five of the 13 named members of the taskforce are employees of Phoenix RBT Solutions, including the company's CEO. RBT Solutions is a global non-lethal ammunition distributor. According to their website, the company is a global distributor for Ultimate Training Munitions, a type of wax roundspecifically marketed by RBT Solutions to private security and law enforcement. RBT Solutions also sells a wide array training and defensive gear for security personnel andrents a "portable training facility."

So, as it turns out this is just another proposal from the right wing to take money from the government and hand it over to their own financial interests. It's worse, really, than the war profiteering of Halliburton and the like. This is profiteering off of gun violence, from tragedy. On the graves of the dead from Newtown, these shameless ghouls are presenting the country with a supposedly independent and wholesome taskforce, with a plan that just happens to seek to line their own pockets.

And more from this article about the members of the "independent task force":


While Hutchinson repeatedly insisted the project was conducted independently of the NRA and without the group's influence - the press conference was organized by the NRA's press office, paid for by the group and the website for the project waswww.nraschoolshield.com.

Well. So let's arm teachers and train them so money will be paid by the government to companies owned by members of the task force. I thought the NRA lobbyists didn't like government involved in gun issues. They have strangled efforts of the Centers for Disease Control to do research on the causes and effects of gun violence. They have wielded their influence to underfund the ATF, the agency responsible for monitoring gun dealers and solving federal crimes. But when they want the government to spend money on what they want, that's perfectly O.K. by them. I smell hypocrisy. I smell denial.

According to this article by Dana Milbank of the Washington Post, the idea of needing guns for protection everywhere you go includes surrounding themselves with armed guards, just in case. Really NRA? You are so afraid of reporters that you have to have armed guards for yourselves at a press conference? That is the extremes to which the NRA lobbyists and leaders go to get their message out that there are monsters out there waiting to get us all. When Hutchinson was asked about the armed thugs muscling their way around the National Press Club, here was his response:

A reporter asked Hutchinson what he was afraid of.

“There’s nothing I’m afraid of. I’m very wide open,” Hutchinson replied, separated from his unarmed questioners by an eight-foot buffer zone, a lectern, a raised podium, a red-velvet rope and a score of gun-toting men. “There’s nothing I’m nervous about.”

Really Asa? Why the thugs? I was just at my local mall this morning. Occasionally I see a guard walking around the mall. But that guard has never been seen examining the bags of customers or preventing them from carrying liquids inside, as was done at this event. What kind of lie is that? Do these folks ever think about how ridiculous their excuses are when trying to convince reporters and our elected leaders that they are a serious organization?

So let's review. The NRA thinks teachers should be armed. They could be armed with AR-15s. This would keep students safer. If the plan were approved by some stretch of the imagination, the government would pay for teachers to get training and I don't know where the money for the guns would come from. This would benefit the companies represented on the task force that recommended the NRA plan. There were no educators on the task force. What could possibly go wrong? And where is common sense? The NRA lobbyists would have us believe that Americans would support this plan. Far from it. These are just some of the organizations who have come out against the plan:


The NRA is deflecting attention from the real issue. When a young man with Adam Lanza's problems can gain access to assault type rifles easily and bring them to an elementary school after killing his mother with said rifle and massacre 26 people in 5 minutes with 154 bullets, we have a serious problem. The fact that the NRA doesn't take this seriously enough is frightening and irresponsible. Worse yet is that some members of our Congress, who we entrust with our safety, are apparently listening to this nonsense. They are so entwined with the NRA lobbyists that they cannot see the forest for the trees. Shame on them all for listening to this "cruel hoax". Until Congress plugs its' ears to these continued circus like performances and outright lies, the American public will not be safer and our children will be put at risk for more massacres. The public, by the way, still supports reasonable gun laws. A new poll, out today, from MSNBC/Marist shows strong support for common sense gun laws. Here is an article from the MSNBC website with more information about the poll:

Six in 10 respondents – including 83 percent of Democrats, 43 percent of gun owners and 37 percent of Republicans – believe that the laws covering gun sales should be stricter.

This figure is virtually unchanged from the 61 percent who backed stricter gun laws when a NBC News/Wall Street Journal poll asked the same question in February, even though at least one other national survey has found waning support for gun-control laws months after the Dec. 2012 shootings in Newtown, Conn.

John Woodall. left, of Newtown, Conn., carries a sign that he says indicates the percentage of Americans who support universal background checks, speaks with Gordon Jones of Southbury, Conn., a supporter of gun rights during a rally outside the National Shooting Sports Foundation headquarters in Newtown on March 28.

What’s more, the Morning Joe/Marist poll finds that 87 percent of Americans support background checks for private gun sales and sales at gun shows, and 59 percent favor legislation that would ban the sale of assault weapons.

This, just the latest in a series of polling showing strong support for background checks, for stricter gun laws in general and even for an assault weapons ban, should inform our leaders about what Americans want them to do. Americans do not want armed teachers in every school. To arm people wherever children find themselves is a stupid idea. It will not save them from gunmen. In fact, it may make them less safe. Remember this one? Or this one? Prevention is what is needed now, not overreaction and introducing more guns in a vulnerable environment. We have serious work to do. This NRA proposal is not serious. It is more of the same hysteria, fear and paranoia coming from an organization that is becoming more and more irrelevant. Their hard core members and elected leaders who believe this stuff are also becoming irrelevant to the real discussion this country needs and deserves to have. Let's get to work and do the right thing. Enough is enough.
Posted by japete at 4:06 PM