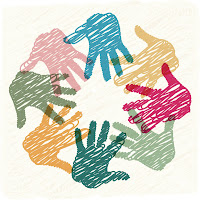 In the memory of the 20 little first graders massacred at Sandy Hook elementary school in Newtown, Connecticut on 12/14, the public is joining together to say enough is enough. Support is breaking out all over the country for common sense. Colorado, New Jersey, New Mexico, New York, Maryland, Missouri and other states have or are considering legislation to expand background checks to private sales and other measures so that we can at the least, try to prevent more 6 year olds from being shot while being children going to school. In Minnesota, the public is speaking out and giving support for gun violence prevention measures as well. A poll, released today in the Star Tribune, revealed, once again, the strong support for common sense gun legislation. This is not new news. Polling over many years have revealed similar results. But elected leaders apparently conveniently forget that the majority of the American public and Minnesotans want them to act on, at the least, passing a law to require background checks on all gun sales. From the article:

Minnesotans across the state strongly support background checks for all gun sales, including for guns sold privately or at gun shows, the Star Tribune Minnesota Poll has found.
More than 70 percent of all respondents — including 60 percent of gun owners and 64 percent of Republicans — favor universal background checks, a rapidly emerging gun-control priority in the legislative session. Only 25 percent oppose such a broadening of background checks, while 3 percent are undecided.
Background checks now are conducted only for sales of handguns and semiautomatics by licensed dealers. Private purchases of such weapons are not covered, whether over the back-yard fence, via the Internet or at gun shows. Rep. Michael Paymar, DFL-St. Paul, is chief sponsor of a bill that would require background checks for handguns and semi-automatic, military-style assault weapons, but would exclude traditional hunting rifles. It also would not apply to gun transfers among relatives.
The National Rifle Association and local gun rights groups vehemently oppose the bill.
But among average Minnesotans, such a bill appears to have broad and deep support. The poll, conducted Feb. 25-27 among 800 Minnesota adults, found that 82 percent of those living in Hennepin and Ramsey counties support universal background checks, along with 91 percent of DFLers, and 60 percent of Independents. Among those over the age of 60, three in four favor such checks, as do 81 percent of women. The poll has a margin of error of plus or minus 3.5 percentage points.
Outside the metro area, in areas where gun ownership is highest, 69 percent of those polled supported universal background checks.
Paymar said the Minnesota Poll mirrors other polls on the issue. He said he hopes the strong support for a stricter system of checks, even in rural Minnesota and among Republicans, will help his bill gain votes.
“I think this polling data says that there’s obvious support in greater Minnesota for background checks,” Paymar said. As for GOP legislators, he added, “Hopefully, they will keep an open mind, given that Republicans support background checks also,” he said. Gov. Mark Dayton, a hunter and gun owner, said he generally supports background checks so long as purchases of hunting weapons are exempt. “It’s a common-sense closing of a big loophole,” he said.
A number of DFLers, however, have also been hesitant to back universal checks. Senate Majority Leader Tom Bakk, DFL-Cook, said while background checks at gun shows might have support, requiring checks for person-to-person sales would be harder to pass. “I think it’s going to be tough to get the votes to pass that,” he said Friday.
Rep. Tony Cornish, R-Vernon Center, the Legislature’s leading opponent of universal background checks, agreed with Bakk’s assessment. Cornish also said he believes support declines when people consider the costs, bureaucracy and the possibility of such a system leading to gun registration.
“I personally would pay little attention to that survey,” Cornish said after hearing the results. He said when the NRA polls on the topic, citing the complexities of such a system, members oppose it. “I expect background checks to fail in the House and Senate,” Cornish added.
National database favored
The poll found that 52 percent of those polled say they have a gun in the home, compared to 42 percent without and 6 percent who declined to answer. Gun ownership grows with distance from the Twin Cities — 38 percent in Hennepin and Ramsey counties, 44 percent in metro suburbs and 68 percent in the rest of the state. Gun ownership among Democrats was 41 percent, compared to 68 percent among Republicans.
On a gun-control issue that is militantly opposed by the NRA, 62 percent of poll respondents say they also favor creation of a national database that law enforcement could use to track all U.S. gun sales. Support ranges from 90 percent of DFLers to 49 percent of Republicans. Such tracking does not now exist and is anathema to the NRA, which considers it an avenue to allow government to register and potentially seize weapons.
The idea of putting a limit on the size of ammunition clips, still alive in Congress but rejected by both sides in the Minnesota debate, was supported by a 53-to-43 percent margin, with support peaking at 63 percent in Hennepin and Ramsey counties and declining to 48 percent outside the metropolitan area. On this topic, women were far more inclined toward gun-control — 59 percent of women favoring ammunition restrictions compared with 46 percent for men.
The popularity of the NRA itself also follows geographic lines. In Hennepin and Ramsey counties, only 26 percent have a favorable impression of the group, compared with 45 percent outside the metro area. Statewide, the view is divided, with 38 percent favorable to the NRA, 29 percent unfavorable and 33 percent undecided.

So what else do we need? This polling data comes just before the Minnesota House Public Safety Committee will have hearings on an Omnibus bill supporting background checks on all sales of pistols and assault rifles among other common sense measures. And yet, some are still afraid of the gun toting folks who showed up at the legislature in the past few weeks. We can safely say that these folks were among the 25% that don't support background checks. Should we let this minority get to decide how public safety works in Minnesota? I say NO. Legislators need to listen to the majority who have said repeatedly that they want action on background checks. The latest polling may well, and should, change the direction of the legislation. In fact, Minnesota Governor Mark Dayton stated his support for universal background checks on a morning Minnesota Public Radio program when the question was asked of him. You can find the question and the answer at 28:08 on the podcast of the program, in the above link. He also said that based on the polling data, he would urge the legislature to act. Thank you Governor Dayton. This is a no brainer and a winning issue for those who support it. I don't get why so many legislators are afraid of this issue. But when you are threatened, as some have been, and cajoled and harassed by a lot of noisy folks in the minority, it's easy to succumb.

We all need to remember that the NRA and its' leaders and lobbyists are a paper tiger. Their bark is worse than their bite. I have written before about the weak showing in the November elections from the mythically powerful organization. But in case you forgot, here it is again, from the article:

The group supported 27 winning candidates, but most of its money was spent targeting winning Democrats (including over $7 million against President Obama) or bolstering losing Republicans (including $1.8 million supporting Mitt Romney and $500,000 backing Indiana Senate candidate Richard Mourdock).

The NRA’s lobbying arm, the  NRA Institute for Legislative Action, fared only a bit better — 10 percent of its money went to winning candidates.

The two groups advised by Karl Rove, American Crossroads and its sister group Crossroads GPS, got only about a six percent return on their investment this cycle.

Many Democratic-leaning groups were far more successful, as many of the most expensive contests went Democrats’ way.

Planned Parenthood and Planned Parenthood Action Fund both came close to 100 percent return on investment. The League of Conservation Voters, a big spender this cycle, was at 78 percent. The Service Employees International Union came in at 84 percent, the labor super PAC Worker’s Voice at 76 percent. The AFL-CIO was less successful at 45 percent — the group spent heavily on the Arizona and Nevada Senate races, two GOP victories. Majority PAC, Senate Democrats’ super PAC, was at 88 percent.

These simple measures to close loopholes and expand a background system already in place will not affect law abiding gun owners. Most of them understand that. Those who don't are expressing the fear and paranoia spouted by the extremists of the gun lobby. Their fears are mostly unfounded and they, too, should support these measures. Saving lives is what this is all about. If we can't put our heads, hearts and hands together to agree that keeping our children from being shot is a good idea, then where are we as a country? We are better than this. So let's get to work and do the right thing. Our legislators have no excuse to pander to the NRA lobbyists. They have no excuse to delay passing a law requiring background checks on all gun sales. There is no reason for them not to act. When a majority of gun owners, rural voters, Republicans, women and a super majority of Democrats want the legislature to act and have for years now, it's past time to act. The proof is there that the majority wants common sense. If your legislator won't support the gun violence prevention bills moving through the legislature, he or she should explain why. There is no lack of support for moving forward. What would it be then? The question needs to be asked and answered. And the leaders need to lead. It looks like they are going to do just that.
Posted by japete at 1:32 PM