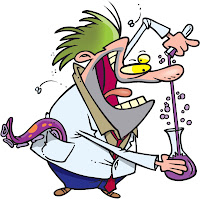 What kind of an organization would taunt the residents of Newtown only 3 months after the most horrific school shooting in the country? Why would the NRA make robocalls to Newtown and tell residents to oppose the proposed assault weapons ban after Adam Lanza massacred the bodies of 20 small children with an AR-15 and a bunch of 30 round magazines? Will they stop at nothing to pursue their agenda? It's just insanity to think the American people would buy into this ludicrous campaign to work against any reasonable gun laws.

"The National Rifle Association came under fire late Thursday from members of a gun-control advocacy group in Newtown, Conn., after reports surfaced of Newtown residents receiving robocalls and pro-gun postcards from the NRA.

The advocacy group, the Newtown Action Alliance, posted a Facebook message Thursday about the calls, prompting responses from people who said they'd received communications from the NRA and were upset by them.

"I received one of these," Newtown resident Christopher Wenis wrote on Facebook Thursday afternoon. "I was insulted and offended." Wenis told The Huffington Post in an interview Friday night that in the 36 hours since he first posted his response, he received two more robocalls from the NRA, one later on Thursday night and one on Friday evening.

"I've got a 5-year-old son who went to preschool on the Sandy Hook Elementary School campus," Wenis explained. "And this was a really hard week for me on a lot of levels. These calls were the very last thing I needed."

Wenis said that he called the NRA twice to request that his name be placed on a "Do Not Call List" -- first on Tuesday and again Thursday. He said an NRA phone operator assured him he would be removed from NRA call lists. But the calls kept coming. By Friday night, Wenis said, he was desperate to be left in peace."

Leave the people of Newtown in peace, please. The NRA leaders are being rightly called out for these boorish tactics. No more insanity. No more crazy conspiracy theories. No more talk of confiscation. It is a small minority of Americans who believe this stuff any more. They have imposed their will on the rest of us for far too long. And then there is the whining of Wayne LaPierre of the NRA about Mayor Bloomberg's efforts to spend money for ads about why we need, at the least, common sense gun laws in this country. Here is what he said on Sunday morning on Meet the Press with David Gregory:

Amendments, however, will be allowed and an assault weapons amendment is sure to be introduced. Thus the concern by the NRA and Wayne LaPierre. However, the controversial NRA CEO Wayne LaPierre scoffed at the notion of Bloomberg spending another $12 million dollars in the race to pass "common sense" gun laws.

LaPierre said on NBC's "Meet the Press," as he told David Gregory that ‘‘He can’t buy America.’’

Is he kidding? For decades now, the NRA lobbyists and leaders ( representing the gun industry) have been coming into states all over America and spending money on their agenda to make sure there are more guns in the hands of more people in more public places. Millions have been spent on these efforts. Now that the tide is turning and the side representing the majority of Americans has some money, some influence and the fresh memory of 20 little children being massacred on 12/14, LaPierre is dissembling and becoming increasingly desperate. His side does not have the majority. His side represents a small group of American gun rights extremists who have been screaming registration and confiscation when none is happening nor will it with any pending legislation. The thing is, they have gotten away with this paranoia and hyperbole for way too long. Now that public attention is turned towards this group of gun extremists, it's harder for them to be credible. The public, and even most NRA members and gun owners, understand this. That is why Mayor Bloomberg, through his Mayors Against Illegal Guns organization is succeeding in changing the conversation about the gun issue.

Mayors Against Illegal Guns, which Bloomberg co-founded in 2006, is launching a $12 million ad buy this week in 13 key states where it says it "can most influence the upcoming Senate vote" on gun control efforts.

The group's off-year election ad campaign focuses on expanded background checks rather than other gun control measures, such as banning assault rifles or limiting the number of rounds in a magazine, which face stiff opposition on Capitol Hill. A Quinnipiac University poll released earlier this month found 88 percent support for universal background checks, including 85 percent among gun owners.

The new ad campaign showing victims and gun owners in favor of universal background checks just does not fit with what the NRA has been espousing. Here is just one of the ads:

This is what we know to be true. The NRA lobbyists are having a hard time engaging in a rational "discussion" against universal background checks and other reasonable measures that the public wants in order to prevent the next massacre at a school, shopping mall, movie theater or public parking lot. In fact, they are not even part of the national conversation and discussion about these issues. They are working against even the smallest of efforts to make us all safe from the daily carnage caused by guns in America. How sad is that? If the NRA lobbyists were representing their own members, they would be lined up in favor of universal background checks and even an assault weapons ban and restrictions on the number of bullets in an ammunition magazine. Their agenda for more guns everywhere has just not worked. We have way too many gun deaths and injuries in this country. That is a fact. We just can't ignore this inconvenient fact any more. The people's lobby is speaking and the lobby has decided that they we are better than this as a country. It's time for action. Doing nothing is simply not an option and something is going to happen.

Senator Blumenthal, Democrat from Connecticut, has written a guest blog on Think Progress about the NRA's robocalls to Newtown residents. He is even stronger than I in his rebuke of this NRA behavior. Here it is in its entirety:

"NRA leadership demonstrated yet again last week just how low they are willing to go in their unconscionable effort to block any and all common sense, life saving gun violence legislation. Their most recent repugnant tactic—repeated robo calls to Newtown families—mocks and betrays the courage and compassion demonstrated by the Newtown community just barely three months after one of the world’s most horrific acts of gun violence seized 26 beautiful and heroic young lives.
Less than two months ago at a Senate Judiciary Committee hearing on gun violence, I asked NRA CEO Wayne LaPierre if he would join the tens of thousands of people around the world in taking the Sandy Hook Promise. The Promise is a very simple message. It asks its followers to honor the 26 lives lost at Sandy Hook Elementary School by promising to do everything possible to encourage and support common sense solutions to make our communities and country safer from similar acts of violence. “I promise this time there will be change,” the Promise concludes. Wayne LaPierre agreed to the Promise that day, yet every minute of everyday since then, he and his organization have poured countless amounts of time, money and effort into making that simple promise harder and harder to achieve.
In its relentless effort to defeat the Sandy Hook Promise and block common sense, life saving gun violence legislation, NRA leadership has shown no boundary it will not cross—including injecting its fear-based messages into the homes, the sanctuaries, of a grieving community.
What NRA leadership simply refuses to acknowledge is that, despite their hopes and efforts, the Connecticut effect is not going to fade. In fact, it is growing, and it will not go away until we get the weapons of war off our streets, provide law enforcement the tools they need to enforce the laws on the books, improve the safety of our schools (and I don’t mean vigilante dads and teachers with guns), and strengthen our mental health system. With or without the NRA, we will act.
My message to NRA leadership: Stop these invasive, unconscionable calls. Join the vast majority of Americans and Newtown residents in supporting common sense measures to stem and stop gun violence.
If you agree, join me in urging NRA leadership to cease and desist these inhumane calls by calling them at 1-800-672-3888."

It turns out that the gun rights advocates are wrong about their criticism of the ad run by Mayors Against Illegal Guns ( above). They, and a frequent commenter on this blog, Mark, made claims that the ad is irrelevant because the man's finger was on the trigger- a bad safety practice for anyone who knows anything about guns. But Media Matters has put the matter very straight. Read below:

Right-wing media are attempting to rebut a TV ad calling for stronger gun laws by claiming that it depicts unsafe gun handling.

According Fox News, conservative bloggers, and the National Rifle Association's news program, an ad calling for expanding the background check system features a man with his finger on the trigger of a firearm that is not ready to be fired, an unsafe practice. In fact, footage from another ad featuring the same firearm clearly indicates that the right-wing media are wrong about where the gun's trigger is; the man's finger is actually nowhere near the trigger in either ad.

The claim originated with Washington Times senior opinion editor Emily Miller, who claimed in a March 25 article that ads recently released by Mayors Against Illegal Guns (MAIG) are "irresponsible" because the man in the ad "violates all three gun safety rules taught by the National Rifle Association." Miller specifically claims that "the man has his finger on the trigger, as if ready to shoot," and comments, "To make an ad demonstrating actual gun responsibility, the man would put a straight forefinger above the trigger guard to make sure he doesn't accidentally touch the trigger."

Much ado about nothing, as always. The gun rights extremists love to pick at small things to negate the larger truth. It's a tactic that has worked for far too long. But they are not getting away with it now that the curtain has been drawn away from the real agenda of the NRA lobbyists and leaders.