Common sense is breaking out 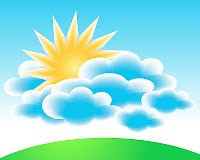 Much to the chagrin of the NRA leaders and lobbyists, common sense is coming to the U.S. Capitol and to state houses all over the country. The Senate Judiciary Committee actually passed two gun safety bills, meaning that the Senate will be taking a vote. This is not how the NRA lobbyists saw this playing out. The "Connecticut effect" was supposed to be in place by now. Instead, here is the real Connecticut effect- a vote in the U.S. Senate on several bills that on 12/13/12, would not have been on anyone's radar. Then 12/14 happened. Nothing has been the same since. That is because Americans are now fed up with inaction about gun violence. The killing of small children was just too much. And Americans are saying they want Congress to pass, at the least, a universal background check bill. 91% of them to be exact. I really liked this segment of The Rachel Maddow Show showing what other things Americans like in such large numbers. It turns out, not many, or any, to be exact, were as popular as background checks. Check it out below:

So 91% of Americans want Congress to pass a background check bill and what do the Republicans on the Senate Judiciary Committee do? They vote against reasonable gun bills. Here are the members who voted no:


On the day the bills passed, 26 bike riders rolled into town to be met by the Connecticut Congressional delegation:

On Tuesday, March 12 at 1 pm on the steps of the U.S. Capital, the Connecticut Legislative delegation welcomed common sense gun control advocates, TEAM 26: the 25 cyclists and honorary team member #26 Chris McDonnell, riding in memory for his daughter Grace. Each of the 26 invited cycling enthusiasts has a story with the reason why they ride, each will have completed their 400 miles beginning in Newtown at the Reed Middle School, representing and honoring the 26 victims of the December 14, 2012 Sandy Hook Elementary School massacre. A horrific tragedy of 20 young children and their 6 educators that have left the event indelibly etched in the minds and hearts of the nation. TEAM 26 will be joined for the last leg of the trip on Tuesday by members of the Virginia Tech Cycling Team.

Days earlier, at the launch of the journey, hundreds of supporters from Newtown and Connecticut residents, families of some of the 12/14/12 victims, town leaders and politicians including U.S. CT Senators Christopher Murphy, Richard Blumenthal and U.S. Congressional Representatives Elizabeth Esty (CT5-D) and Jim Himes (CT4-D), faith, community leaders and fellow bicyclists vowed that Newtown has only just begun as they unite to stop gun violence.

Sandy Hook Ride on Washington organizer and Sandy Hook resident & parent Monte Frank spoke of reintroducing America to the Connecticut Effect, "Not only are we not fading away, we are getting stronger." Reminding the crowd that the First Amendment gives us the right to assemble. Monte then referred to young shooting victim Dylan Hockley, who would have turned seven-years-old this past Friday, March 8. "Dylan had a right to turn seven; the Second Amendment doesn't trump these rights." Frank continued that he respects the Second Amendment, however the right to bear arms is not unlimited. After the snow-covered hilly first 25 mile leg, Rider #1, Mr. Frank, relaxing for a moment, reflected that he hasn't smiled this much since 12/14 and he was inspired by the cheering people who lined the roads: "This is no longer a side effect or cause just for the cities, this can happen anywhere."

I wrote about this in my last post. They don't intend to let the "Connecticut effect" happen. Nor do I. Nor do the majority of Americans. Here's a message to the gun rights extremists- this is not going away. More will die while we're waiting for Congress and legislatures to do the right thing. But it's going to be hard to ignore the voices of the many, the voices of the parents of the 20 six year olds who were massacred so brutally on 12/14, the voices of other victims, the voices of Newtown, the voices of moms, of grandparents, of gun owners who don't buy the NRA extremism.

And just today, two new articles indicate even more strong support and even more reasons why a universal background check bill is needed. Yet another poll has shown strong support for common sense gun bills:

The poll found that by a lopsided 84 to 15 percent, voters want background checks for private gun sales and sales at gun shows, with broad support from Democrats, independents and Republicans alike.

By 56-41 percent, they want a ban on assault weapons, and they support a ban on ammunition clips that hold more than 10 bullets by 52-45 percent, the survey found.

The poll results came as the Senate Judiciary Committee started considering those and other measures. The committee began voting on gun control measures last week , and it voted largely along party lines – Democrats for and Republicans against – for the first measure, banning “straw” purchases, in which people buy guns for people who are barred from doing so. Votes on other measures, including an assault weapons ban, are expected this week.

And second is an article in this morning's Star Tribune about a woman who was denied a permit to purchase a gun ( Minnesota requirement) because of a history of violating restraining orders.  She got her gun anyway on the Internet with no background check and killed her ex- boyfriend last February in Brooklyn Center. From the article:

She was denied a permit to purchase a weapon by her hometown police department in Eden Valley, south of St. Cloud, because background checks turned up a history of violating restraining orders. She went on an Internet site and arranged for the private purchase of a 9-millimeter handgun and ammunition.

The sale required no background check.

On Feb. 12, 2012, she went to the home of an ex-boyfriend, Bret Struck, in Brooklyn Center, whom she had stalked for eight years. She killed him, firing every round that came with the gun, and is now in prison for 40 years.

Kevin Benner, chief of the Brooklyn Center Police Department, which investigated Struck’s murder, has used the Inselman case to argue in favor of universal background checks — extending the background checks now in place for purchases from licensed firearms dealers to all private purchases of handguns and semiautomatic, military-style assault rifles.

The issue, which is expected to come to a vote in the Minnesota Senate Judiciary Committee on Thursday night, is a big part of the national gun debate in the wake of the Newtown school massacre in December. In Minnesota and at other state Capitols, the two sides are contesting how big a loophole exists in the current system and whether people intent on doing harm would be deterred by a background check.

Chris Rager, lobbyist for the National Rifle Association in Minnesota, says such a change would end traditional neighbor-to-neighbor transactions without stopping those as intent on violence as Inselman.

Rager's point is ludicrous. Of course, criminals won't submit to background checks. That is the point. If we make it harder for criminals, like the woman above who was a prohibited purchaser, to get their guns, then we have a good chance of stopping criminals at the point of sale. Yes, criminals get their guns in other ways. But if they are stopped at the point of sale, they will have to work harder to get that gun. And if we make it harder for people to get guns, it will also be harder for straw purchases and for gun trafficking. And the bill before the Minnesota legislature also deals with straw purchasing of guns. This many pronged approach is exactly what is necessary to prevent senseless shootings. That is what this is all about. And more, from the article:

The current system for conducting background checks for firearms purchases is an inexact science, performed both by licensed private firearms dealers and by local police and sheriff’s departments. No one is perfectly satisfied with the current system, which has information gaps and can put local officials in a no-win situation.

“How do you know when someone’s going to snap?” said Ernest Junker, chief of the Eden Valley police department, which denied Inselman her permit to purchase. “Those things are hard to control.”

According to Kevin Vick, an NRA supporter and licensed firearms dealer in Lakeville, dealers perform background checks on buyers of all guns, including handguns, semiautomatics and traditional hunting weapons, using the federal National Instant Criminal Background Checks System. Vick said there are “big holes” in information reporting by the states, and he supports efforts to improve it.

Most come back with nary a blemish and the permits are issued, Bergeron said. Some show arrests that require further investigation, he said, but most of those are not disqualifying convictions. He estimates denying about 8 to 10 percent of applications, which have been on an upward slope lately, from 394 in 2006 to 899 in 2012.

He described the case of an applicant who had attempted suicide three months earlier and had told a friend if she had a gun she would take her own life. Now she wanted to buy a gun, and because she had not been judicially committed as mentally ill, she may have met the technicalities of the law. He denied the permit.

“I can’t in good faith give that person a permit,” he said.

The current checks apply when licensed dealers are making sales, whether in their shops or at gun shows. They do not apply to person-to-person transactions, whether at gun shows, over the Internet or across the backyard fence. The proposed bills would close this loophole.

Why would legislators be against a bill that would stop a person, like the woman in the article, from getting a gun? Why would legislators be against a bill that is supported by such a strong majority? Why do our leaders become timid and uncertain when presented with such strong evidence? The simple answer is the pressure put on them from a small group of gun extremists who are loud and vocal but don't represent what the public wants. This needs to stop. Legislators in Maryland, New Jersey, New York, Colorado and many other states are either passing the bills out of committee, signing them into law or considering thousands of gun bills. There is strong push back from the NRA lobbyists and extremists as well as threats and ugly comments. All because measures to save lives are coming forth after the horrific massacre of little children. This is common sense. These issues should not be made so complicated by the NRA lobbyists who constantly try to muddy the waters and divert our attention from the real issue- victims. Enough is enough and it's time to demand accountability of our leaders.

The Washington Post wrote this article about the Sandy Hook riders arriving in the Capitol.

The Rachel Maddow show continued with this segment about the lastest spree shooting in New York and the continued shootings in America. The best part of this segment is towards the end when she notes that the NRA just may get on board with the Senate background check bill. This is great news. See it here:


Visit NBCNews.com for breaking news, world news, and news about the economy
Posted by japete at 2:28 PM