Where do they get their ideas? 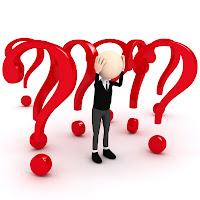 I have spent another two days at the Minnesota legislature at hearings about gun violence prevention bills. To say the least, it was an interesting time. At least the Senate decided that it was a good idea to make sure each side had an equal number of seats in the room so the atmosphere was calmer and much less of a circus. There were still pro gun activists in their maroon tee shirts, armed with openly carried guns in holsters. I don't know why they changed their tee shirt color from orange to maroon. Whatever. Not important. Here are some observations from the recent Minnesota Senate hearings:


Oh, and yes, there was talk about the militia, about Nazis, about folks coming across our borders to attack, about a tyrannical government, about nullification, and more. One of the pro gun guys went after a friend of mine whose daughter was kidnapped, raped and murdered by two young men who got their gun from the father of one of them. He said that the gun didn't rape her daughter or kidnap her daughter. Really? Come on. What a stupid and offensive thing to say to someone who lost her young daughter in such a violent and senseless way. Do these guys have compassion at all for victims? They don't like us. For we tell stories that counter their faulty reasoning. We tell stories that just might change the minds of our elected leaders who have been under the thumb of people like them for far too long. They accuse us of "dancing in the blood of victims" when we tell real life stories of friends and family who have been shot to death. Shame on them. Why do they do this? It's uncouth, tasteless, rude, offensive and more. It's not necessary and does nothing to further the discussion. And then they wonder why we don't want to have any discussions with them? We can't possibly have discussions with people who are offensive and hate victims. They tell us they know where we live. Why? What do they intend? They send us anonymous things in the mail. They threaten the businesses of people who testify. They write blogs about us. They take photos of us at the hearings. Why? What are they going to do with those photos? They sometimes threaten us. Why? Why? Why? Why the paranoia and fear?

Where do they get this stuff? Straight from Wayne LaPierre, CEO of the NRA:

“Latin American drug gangs have invaded every city of significant size in the United States.”
“…the border today remains porous not only to people seeking jobs in the U.S., but to criminals whose jobs are murder, rape, robbery and kidnapping.”
“Hurricanes. Tornadoes. Riots. Terrorists. Gangs. Lone criminals. These are perils we are sure to face—not just maybe. It’s not paranoia to buy a gun. It’s survival.”
“We, the American people, clearly see the daunting forces we will undoubtedly face: terrorists, crime, drug gangs, the possibility of Euro-style debt riots, civil unrest or natural disaster.”
“We don’t want America to become like England, where some of that nation’s outstanding rifle competitors keep their hobby a dark secret from their neighbors for fear of social disapproval.”
“We will not surrender. We will not appease. We will buy more guns than ever.” (...) Part of his frothing rant contained this bit of cluelessness:
“After Hurricane Sandy, we saw the hellish world that the gun prohibitionists see as their utopia. Looters ran wild in south Brooklyn. There was no food, water or electricity. And if you wanted to walk several miles to get supplies, you better get back before dark, or you might not get home at all.”
Do you remember that? For over a week, there was wall to wall news coverage of the aftermath of Hurricane Sandy. I don’t recall any coverage of widespread looting. Was it suppressed by the left-wing media? Yeah, just like they kept their cameras out of the post Katrina looting or the OJ Simpson riots. Even the liberally biased media is quick to crane their necks and cameras at the site of a disaster.
Isn’t that why they follow Wayne LaPierre around?

I rest my case. We can save lives by passing reasonable measures to keep guns away from those who shouldn't have them. These measures are not unconstitutional. The second amendment co-exists with reasonable gun laws. Why do the gun rights folks not object to the current system of requirements to get a background check when buying a gun from a licensed dealer? They subject themselves to this terribly inconvenient practice daily. They go to local law enforcement for their permits to acquire and permits to carry their guns. They already comply with many common sense measures. They claim to be law abiding. If so, why object to keeping those who aren't from getting and using guns that kill innocent people? Why? Why? I have heard no good answers. The time is now to act. The time is past for far too many innocent victims. The country came to an agreement on 12/14 when 20 little children were massacred. The country is saying that these children and the many other victims including the almost 2000 who have been shot and killed since 12/14 deserve a vote. The country is telling their local, state and federal politicians to stop pandering to the NRA lobbyists, whose views have become increasingly irrelevant and strident, and do the right thing. Surely we are better than this as a country. Let's get to work.
Posted by japete at 8:43 AM