In the words of a broken hearted mother 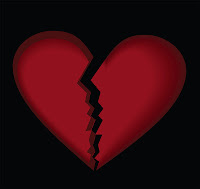 It's Valentines Day. Some children will not be giving or getting valentines today. Some parents of shot children will not be giving their child a valentine nor getting one from their dead child. Too many hearts are broken. This is why I do this. The daily carnage is too much to bear for the families who lose their loved ones to bullets. On every occasion, such as Valentines Day, another reminder of their great loss faces them. Yesterday I wrote about a 9 year old Minnesota boy senselessly murdered by a legal gun owner who decided to go outside with his gun and 200 rounds of ammunition and start shooting at cars. Devin will not be getting any valentines today. He won't be giving any either. His parents' hearts are broken. Where is common sense? Where are we living? Why is this happening? Why are we resisting changing laws that could stop some of this? Why are the gun lobbyists so tied up in a knot about recommendations to keep our children and our communities free from gun violence? Why does NRA CEO Wayne LaPierre write such hateful and ridiculous stuff? Why doesn't he be quiet? Instead, here is what he wrote yesterday:

Following President Obama’s call for a vote on proposed gun safety legislation in his State of the Union speech, Wayne LaPierre, CEO of the National Rifle Association, on Wednesday issued a call-to-action for gun owners to prepare for post-apocolyptic-style scenarios and rally against the gun control movement.

In an op-ed published by the Daily Caller, LaPierre outlined a three-step plan of action to preserve gun rights against an administration that he argues poses a serious threat to the Second Amendment. The plan consists of aggressive litigation, fundraising to counter gun control-advocating billionaires like George Soros and New York City Mayor Michael Bloomberg and increasing NRA membership with grassroots activism.

In a video released Tuesday, the NRA warned that the Obama administration is secretly pushing for reforms like confiscation of assault weapons and a national gun registry.

He is wrong. He is misleading his followers. He is speaking crazed and paranoid rhetoric that only adds to the ludicrous gun culture in America and prevents any reasonable discussion about an issue of grave importance. Even Conservatives are wondering why the Republicans and some Democrats are not distancing themselves from this increasingly irrelevant man and the organization he represents. Here is what MSNBC host of Morning Joe,  former Republican and conservative Congressman Joe Scarborough, had to say this morning about LaPierre's latest lunatic rant:

You can watch it here:


And when you are done watching that one, please watch this video with the heartfelt comments of the mother of Noah Pozner, one of the children massacred on Dec. 14th in Newton, Connecticut:

Which of these views represents reality? The opposite of LaPierre's rant is what happens after national tragedies. People are out helping their neighbors and families. There just are not gangs and zombies roaming the neighborhoods after natural disasters. Do you remember reading stories about things that LaPierre mentioned in his unreasonable and crazy rant? You know the answer. Let us remember that the apocalyptic view of the county that Wayne LaPierre warns us about is fictional. The actual apocalypse comes every day when 32 Americans are murdered with guns and when mass shooters mow down little children in elementary schools. That is the real problem.

And now tell me who you believe? A crazed out of touch CEO of a company that protects the rights of Americans to own any kind of weapon they desire and makes sure that even those who shouldn't have them gets them anyway? Or the mother of a child who was murdered by one of these weapons that a young man who should never have been able to get and that even his own mother should not have had. The choice is simple. I know my answer. And I have another question. Does Mr. LaPierre have a heart? Does he understand that too many people are broken hearted in part because we have failed to pass reasonable gun laws that could save lives? We need to listen to the words of a grieving mother spoken so beautifully and then do something to make her words turn to action. It's past time to act.

From the Children's Defense Fund comes this video made for Valentines Day: