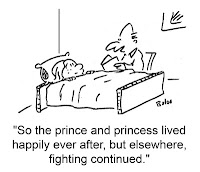 The two stories I am going to write about here are the perfect examples of the dichotomy of the current debate we are having as a country after 12/14. The first is about a man who apparently ( though we don't know for sure) was just exercising his second amendment rights and set off a predictable reaction:

"An unidentified 22-year-old man carrying a loaded AR-15 semi-automatic rifle shortly after 5 p.m. Sunday was questioned and released by police at the  Kroger at  Hydraulic Road and Emmet Street.

Charlottesville police Lt. Ronnie Roberts said the man did not break any laws. Since he legally owned the rifle and it was not concealed, he was within his rights, Roberts said.

Virginia requires a permit to carry a concealed weapon, but has no such restriction on guns in plain view.

According to police, the man originally entered the store unarmed, then went back to his car and retrieved his rifle. He then walked back into the store briefly before leaving again.

Though he was not arrested, store managers barred him from the property, officials said.

"It's amazing because some people didn't want to believe it was true, they just stood there like sitting ducks," Green said. When she saw the man in was in custody, Green finished her shopping.

Roberts was not sure why the man was carrying a gun.

"It was most likely a demonstration of his Second Amendment rights," he said. "Open carry laws allow you to do that ... the difference here is he had an AR-15, which you can't conceal. You can do the same thing with a gun on your hip.""

What are we to make of someone who would be so bold and so stupid? Did he think he could just carry an AR 15 into a grocery store to make a statement and not cause a sh**load of trouble? I suppose he must have because he thought he had a right to do anything he pleased with the same assault type rifle that just massacred 20 small school children and 6 adults on 12/14. The insanity, defiance and insensitivity of some gun rights extremists begs credulity. He could have shot someone purposely or by accident. He didn't but he could have. Those things have happened. That is why people don't want to see folks carrying guns around in public. Not only is it offensive and rude, it's downright dangerous and yes, scary. Or perhaps another "law abiding" gun owner could have decided the guy was trouble and taken him out and who knows how many others in some sort of shoot-out? Why do it at all? The thing is, the overreaction from the far rights gun advocates and NRA lobbyists to sensible proposals to strengthen  gun laws shows how out of touch they are with reality and the rest of America. This is no way to tell your side of the story. Most people know that we are better than this as a country.

The second story is one about a victim, told so beautifully and sincerely, and is what this discussion is and should be about. This writer and story teller carried a sign with a woman's name on it at the march in DC on Sunday. From his blog post:


I met her this morning for the first time. I gazed down upon her until suddenly we were face to face. She was introduced to me as someone I would have to carry and protect in the freezing cold for the duration of the day. She was a stranger to me, as plain as the black lettering on a white placard that was used to personify her existence.  She was important to this day and so too were the other faceless names written on placards that were carried by the masses as we marched. These were the  names of the victims of our inertia, they were the victims of gun violence over the years–gone too soon. (...)

As I marched down Pennsylvania Avenue I thought about her. Who was she? What was her life like? Did she ever love or was she ever loved? What were her dreams, her fears? What were her goals in life? Was she young or old, black or white? What did she feel in those final moments before her life was stolen from her? As we marched past police holding the oncoming traffic in place for us, I held her name up for all to behold for I knew she was important. I know she mattered–to me.

Her name was Diane Trent. She died on December 5, 2007 at the age of 53. Diane was one of eight victims of the Omaha mall massacre. She was an employee of Von Maur, a department store chain with a presence primarily in the Midwest. Ms. Trent was divorced and had no children. She was once described as being a sweet, middle of the road American and dedicated worker. (...) I am proud to have carried Diane’s name through Washington D.C. yesterday. We marched for all the victims of gun violence because we don’t want to have to write down more names on placards. We carried the names of the dead because they cannot speak for themselves; so we speak with their memory in our hearts so that all may hear.

Which man's story do you think is more important to saving lives? Which man is ready to be involved in common sense solutions to our nation's public health and safety epidemic? Which man cares about lives lost and how to save lives? Which man should our politicians listen to when they make decisions, as they must and they will, to pass stronger gun laws? Will our politicians believe that the first man should be given a louder voice than the second man? Let's hope not for, if so, they will be standing for the wrong cause. It's time to change the way things have been for far too long in America. Both stories explain the way things have been. Who is the "good guy" to whom NRA CEO Wayne LaPierre referred when he spoke to the public in response to 12/14? Clearly not the first man. When "good guys" with guns act like the man in the first story, we have a serious problem. Up until now the "guys with the guns have been making the rules". As a result, we have had far too many shootings of too many innocent people. It's time for that to change. Reasonable gun owners understand that and are ready to support efforts to reduce and prevent gun injuries and deaths. They understand that too many people have been devastated by the grief and horror of shootings of loved ones and friends. They understand that there are too many military style weapons available to too many people. They understand that too many people get guns who shouldn't and that we can reduce the probability that that will continue by passing stronger gun laws. Telling stories about real victims will lead to preventing the need to tell more stories. And being unreasonable like the "good guy with the gun" in the first story just adds to the public mistrust of gun rights extremists.

When gun rights extremists interrupt a hearing about the Sandy Hook school massacre by heckling the father of one of the child victims, we know that things have gone too far. Here was a man, telling his story and still in mourning for his little son, and people have the nerve to call out "second amendment" in his face. It is despicable and utterly boorish. From the article:

"The Second Amendment!" was shouted by several gun enthusiasts in the meeting room as Neil Heslin, holding a photo of his 6-year-old son, Jesse Lewis, asked why Bushmaster assault-style weapons are allowed to be sold in the state.

"There are a lot of things that should be changed to prevent what happened," said Heslin, who grew up using guns and seemed undisturbed by the interruption of his testimony.

Senate Majority Leader Martin M. Looney, co-chairman of the Gun Violence Prevention Working Group, threatened to empty the meeting room in the Legislative Office Building -- jammed with hundreds of people -- if the outbursts and chatter from the audience continued.

"That wasn't just a killing, it was a massacre," said Heslin, who recalled dropping off his son at Sandy Hook Elementary School shortly before Adam Lanza killed 20 children and six adults. "I just hope some good can come out of this."

Another father of a 6-year-old boy murdered in the shootings fought back tears as he told lawmakers to make any changes in gun laws simple.

"I don't believe it's so complex," said Mark Mattioli, whose son, James, was among the first-graders slaughtered on Dec.14.

"We need civility across our nation," said Mattioli, who appeared with his wife, Cindy, before the legislative panel. "The problem is not gun laws. It's a lack of civility."

Veronique Posner, whose son, Noah, was killed in the massacre, said his grave is only a five-minute drive from Chalk Hill School in Monroe.

Posner said her two other children, both Sandy Hook School students, are haunted by their brother's death, especially his twin sister.

"It is our feeling that assault weapons should be comprehensively banned in the state of Connecticut," she said. "Faster weapons equal more fatalities."

As many as 2,000 people descended on the Capitol for the day-long hearing on gun control.

At one point, about 90 minutes into the morning portion of the hearing, a false fire alarm nearly emptied the room before Capitol Police said the alarm was erroneously reported after an equipment malfunction.

This is a story that must be told in order for the county to understand the vile extremism and paranoia exhibited by the gun rights bullies. If these "second amendment" folks thought they were doing something to further their cause, they were sorely mistaken. The word is getting out and in the media. This is why the public is turning against the NRA lobbyists and extremists. This is not the time for them to exhibit their ugliness. It's time for them to either be quiet or contribute to a civil discussion. The story told by the victims of 12/14 needs to be heard. The gun rights extremists are trying to silence the voices of the victims. Shame on them.

Here is a video clip from the MSNBC Martin Bashir program yesterday showing the father of one of the Sandy Hook shooting victims heckled by a gun rights extremist: