How the 12/14 shooting changed everything 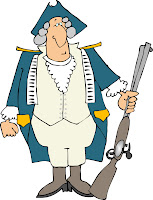 If you only but read or listen to the statements and arguments coming from the NRA lobbyists and gun rights extremists, you would think that nothing changed on December 14, 2012. The same old tired and trite nonsense keeps coming. It's on this blog in comments made by those who are so afraid that 12/14/12 changed something significant in this country; they are bringing us backwards to the days of the Revolutionary and Civil War in "explaining" why their guns ( and particularly their military style semi automatic weapons that can fire anywhere from 30-100 rounds without re-loading) are necessary in 2013. How can this be? How can they be thinking that insurrection against the current government and especially the current President, is an answer to having a "well regulated militia"? For they can't have it both ways. These are the people who celebrated the Supreme Court's Heller decision interpreting the second amendment to be an individual right to own a gun for self defense inside of the home. The second amendment had, up until 2008, been mostly interpreted to mean the collective rights of a "well regulated militia" to keep and bear those guns. In the days of the writing of the amendment, "men" were asked to keep their guns in their homes ( and keep them cleaned and at the ready) in case of an invasion from a foreign country. Much discussion about whether this also meant using those arms in case of a tyrannical government take-over ( think British Kings, a President and Congress gone wrong, or citizen uprisings) occurred at the time of the writing. The ubiquotous tension between states rights and federal rights also entered in and still does. But the confused wording of the second amendment leaves us even today with interpretations of the amendment not quite settled. Whether the second amendment is about a right to own a gun for self defense or to protect oneself from a tyrannical government doesn't really matter when we are talking about the current status of gun violence in our communities. What matters is saving lives and allowing us to be free of gun violence in our everyday lives.

So for the NRA lobbyists and those who believe them, their arguments and their interpretation of the amendment as absolute dilutes and diverts from the discussion. With rights come responsibilities. The second amendment can co-exist with reasonable gun laws. To assume otherwise would be an abrogation of our responsibilities as a nation. It would be an insult to the lives lost on 12/14 and in all of the other mass and everyday shootings to do nothing after 12/14. What is and should be absolute is the right of Americans to be free from the devastation caused by senseless shootings. Too many families are suffering. Too many military style weapons are available and in "common use" on our streets, our schools, shopping malls, churches and other public places. Having more of them and easy access to them is simply not the answer. What is being proposed is no assault on the second amendment. It is an assault on senseless loss of life.

What is settled in America is that in 2013 we have far different weapons than those in existence in 1791. The weapons of today, considered by some of the gun rights extremists, to be in "common use" , shouldn't be. How did AR-15s get to be in "common use"? Simple. The NRA lobbyists promoted the sale and ownership of these weapons of mass destruction using fear and paranoia. Fear of a tyrannical government. Fear of "boogiemen" around every corner. Fear of Black teens. Fear of the "other". Fear of our nation's first Black ( actually half Black) President. Fear of liberals. Fear of gun confiscation. All straw man arguments and irrelevant to our current discussion. It serves no purpose other than arming more citizens, thus increasing gun sales.

People who own these guns believe they need them but in actuality they don't need them. They want them. They aren't needed for self defense in the home which is what the Heller decision determined to be the meaning of the second amendment. They are not needed for hunting as there are many other guns in "common use" that the majority of hunters use. The magazines that can be attached to these military style weapons are meant for mass destruction, not for hunting or self defense. They are meant to kill as many people as possible in as short a time as possible. And that is what they have been doing on a regular basis on our country. They are meant for military use. Most recently, of course, a young man with mental illness and rage got access to one of these weapons of mass destruction because his own mother had at least one of them, having likely been convinced that she, too, needed one. The rest is history. And now December 14, 2012 is infamous for the massacre of 20 little elementary aged children in a senseless and heinous shooting.

This article written by a resident of Newtown, Connecticut, where the latest massacre occurred, asks us to remember the event of December 14 not by the town name but by the date. Here is what she has to say:

Many have asked, What can we do? Well, here’s my answer: For the sake of the victims, their families, Sandy Hook and Newtown, call the shooting 12/14.

The national media have, insensitively, begun to call 12/14 “Sandy Hook” or “Newtown.” Listening to TV the other night, I heard someone say, “We just don’t want another Newtown.” Ouch.

In her eloquent address to the nation, Newtown’s first selectman, Pat Llodra, claimed that the tragedy would be a defining moment for our town but that it would not define us. Yet, if the media succeed in naming this unthinkable event Newtown or Sandy Hook, it will define us.

Call the tragedy 12/14. That’s not only the day it happened; it’s also the number of beautiful children and talented educators taken from us that day: 12 + 14 = 26. If we call that day 12/14, we shift the focus from where these horrors happened to when they happened and how many lives were lost. And, sadly, we also know this could have happened anywhere.

In 2001, al-Qaeda’s attacks on New York, Washington and Pennsylvania were initially dubbed the attack on the World Trade Center. But the folks mourning the attacks on the Pentagon and Flight 93 spoke up, and the moniker morphed into 9/11.

By naming the tragedy 12/14, we honor the 26 victims of the Sandy Hook School shooting, their families and their town. 12/14. Think it. Say it. Help Newtown heal.

The victims of this national tragedy will never forget the date. The families of the Columbine, the Aurora, the Tucson, the Virginia Tech, or any shooting, never forget the date. I never forget the date of my sister's shooting death. It marks a time when everything changed. It marks a time when someone used a gun to take the life of a loved one. It marks the time of a gun homicide, suicide or accidental shooting. It marks a time when a life ( or many) were unceremoniously and brutally taken suddenly, violently and unexpectedly. So marking the slaughter of little children by the date rather than the town name makes sense. It could happen again anywhere in the U.S. and has- way too often. If we think it can only happen in the towns now named, think again. It might happen in or Minneapolis ( or wait, it did happen there) or Omaha ( oh wait, it did happen there at a shopping mall) or Chardon ( it happened there as well) or Clackamas ( also there). You get the idea.

The linked article above is a reminder about the discussion we should be having. Thank you to the author, Mary Ann Murtha, for writing it and naming the real problem. It's not the discussion the NRA lobbyists want us to have. They want us to believe that nothing changed on 12/14. They are wrong. Everything changed. We have not forgotten. We won't forget. Read my last post for polling numbers and new bills now introduced in our Congress. Tomorrow, there will be a march on the National Mall in Washington D.C. Yet another group of mothers and others will gather to let our leaders know that 12/14 is not forgotten. The first Million Mom March, which I attended, was powerful but we let our Congress get away with doing nothing. We let them forget the victims and others who gathered there in May of 2000. Not this time. These folks will make sure that our leaders won't forget. They must not forget what this is all about. For this is not about one person's rights to own weapons of mass destruction. This is about the lives of 20 small children. On 12/14, the country was shaken out of its' complacency and fear of the NRA extremists. It was shaken to the core when the news reported the body count and the bullet ridden bodies of so many children. The public is telling their leaders to do something so 12/14 doesn't happen again. It mustn't happen again. If we do nothing, surely it will and then another city's name will be added to the list. The public has spoken and it's voice is loud and convincing. Here is yet another poll to add to the previous ones.  This one in Colorado shows broad support for measures to prevent the next 12/14:

Much more is available here for readers but the conclusion is simple. Do something. The public has had enough of the tired and trite arguments coming from the gun rights extremists. They represent a dwindling minority of Americans who still seem to be living in the days of the Revolutionary and Civil War days, somehow believing they will fight against a tyrannical government and must have the same weapons as the military and law enforcement. This is not what the majority of gun owners believe or even the majority of NRA members. They are speaking out in numbers for sensible gun laws.

Common sense informs us that 12/14 was not just another day. It was not just another shooting in a series of many. It changed everything. Most people recognize this. Reasonable gun owners are telling us they want something done. In my next post, I will share the very articulate thoughts of just one of these people who urges his Congress to act and act soon. Most gun owners know that we are better than this as a country. Let's get this done. Together we can save lives.
Posted by japete at 11:10 AM