A message to the Republicans about gun background checks 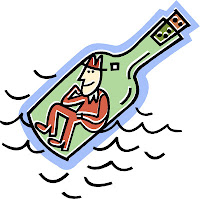 The message to Republicans and some Democrats who are still walking the walk and talking the talk of the gun rights extremists came from an unlikely source today. Frank Luntz, Republican pollster, wrote in the Washington Post today about how wrong the Republicans have been about their messaging and their extreme language. Here is what Luntz had to say about the language regarding guns and gun policy:


"Beyond fiscal policy, Republicans need to revamp their messaging on other issues. For example, the tragic school shooting in Newtown, Conn., offered Republicans a chance to discuss public safety — a more personal issue than “crime” — on a human level. That hasn’t happened, but it still can. Most people agree that there is a middle ground between gun-control hard-liners, who see every crime as an excuse to enact new laws, and the National Rifle Association, which sees every crime as an excuse to sell more guns. The Second Amendment deserves defending, but do Republicans truly believe that anyone should be able to buy any gun, anywhere, at any time? If yes, they’re on the side of less than 10 percent of America. If not, they need to say so."

Luntz's question is an important one and one raised on my blog often. Do the gun rights extremists really think it's O.K. for felons, adjudicated mentally ill people, domestic abusers, terrorists, minors, and others who are now on the FBI's prohibited purchasers list should be able to buy and own guns? If the answer is no, then there is absolutely no reason why every gun purchase should not go through a background check. About 60% of gun sales now go through federally licensed firearms dealers where background checks are required. What about the rest of the gun sales? No background checks required. Requiring them on all gun sales would only affect the very people we don't want to have guns from getting them. It is incomprehensible that anyone could be against this. What is the real reason?

Luntz has done some polling about this and other issues regarding gun policy. Twice, he has polled gun owners and NRA members about a series of questions concerning reasonable gun laws. And twice he has found similar results. NRA members are in agreement that requiring background checks on all gun sales is a good idea. Here is the latest of the polls:

Mayors Against Illegal Guns today released the findings of a survey by GOP pollster Frank Luntz showing that NRA members and gun owners overwhelmingly support a variety of laws designed to keep firearms out of dangerous hands, even as the Washington gun lobby prepares to spend unprecedented millions supporting candidates who pledge to oppose any changes to U.S. gun laws. The poll also dispels the myth among many Washington pundits that there is a lack of public support for common-sense measures that would help keep guns out of the hands of dangerous people and keep Americans safe.

Among the survey’s key findings:

87 percent of NRA members agree that support for Second Amendment rights goes hand-in-hand with keeping guns out of the hands of criminals.

There is very strong support for criminal background checks among NRA members and gun owners:

74 percent of NRA members and 87 percent of non-NRA gun owners support requiring criminal background checks of anyone purchasing a gun.

79 percent of NRA members and 80 percent of non-NRA gun owners support requiring gun retailers to perform background checks on all employees – a measure recently endorsed by the National Shooting Sports Foundation, the trade association for the firearms industry.

So can someone please explain to me what all of the whining, fussing, hand wringing, dissembling and even threatening is all about coming from the NRA leadership, its' lobbyists, and apparently a fringe group of gun owners? If you read my last post, you will see some pretty frightening behavior and statements coming from gun rights extremists. And the NRA leadership's response to Vice President Joe Biden's task force meeting the other day indicated that they are not about to give one inch and will fight any reasonable measures to save lives. Their response was sadly lacking in any respect for lives lost and the many victims of gun violence. It was reactionary and intransigent. Where is common sense?

Could the reason for this unreasonable resistance be that requiring background checks on all sales is an inconvenience? Not compared to burying your small child whose body was riddled with bullet holes. Could it be that some of these folks can't pass a background check? I hope not. Could it be that private sellers don't want to bother with paper work and the regulations that would go with the National Instant Check System? Since most businesses have to prove that they are operating in a safe and legal manner and not doing anything deemed unsafe to customers or taking advantage of customers, that would be a dangerous reason. Money? Would private sellers make less money if they had to follow procedures that licensed dealers now follow? In what way? Or do private sellers actually understand that they are selling guns to some folks who should not have them but it doesn't matter to them as long as them make a sale? That would be serious.

I believe answers to these questions should be required. There is no way forward to having reasonable discussion with people who refuse to participate in the discussion or answer very important questions. And if our politicians of either party can't answer these questions then they need to be reminded of the victims. They need to be able to look the parents of the Sandy Hook elementary school shooting victims in the eyes and tell them why they won't support even this simple fix to our gun policy. There are many other suggestions that will come from Vice President Biden's task force. This one, of all of the recommendations, can surely pass in our Congress. More restrictions on the sale and ownership of assault weapons and the high capacity magazines must also be considered and also have the support of the majority of Americans. At this point, there is consensus and even broad public support for requiring background checks on all gun sales. If the Republicans in Congress and some of the Democrats who appear to be more afraid of the NRA than they are of the thousands of victims, can't come together to do the right thing, then serious questions need to be asked and the public needs to demand answers. They need to get out of their bubble and do what the public wants them to do. Time to open the bottle and read the message. Lives depend on it.
Posted by japete at 2:01 PM