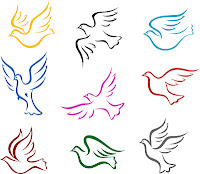 For the first time in years, I feel hopeful. President Obama raised up the whole country tonight and gave hope to the victims of the horrendous school shooting in Newtown, Connecticut. It's the children. It's too much for the country to bear. At church services all over the country today, prayers were uttered in memory of the young lives lost on Friday. At the church I attended, the traditional Christmas children's program started with words of prayer for the children who won't be celebrating Christmas this year with their families.

The country needs healing. President Obama started that process tonight. He was emotional. He was inspirational. His words were perfect for the grieving community. He said we are better than this. He has listened to the voices of the many who have asked him to do something to stop more children from dying in a violent shooting spree. Here are his words:


A friend said tonight that the President's words allowed him to grieve after working for 12 years in the gun violence prevention movement. That is exactly how I feel. Thank you Mr. President. Could common sense actually happen in America?
Posted by japete at 9:18 PM