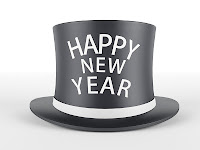 Tomorrow will be New Year's Eve and a lot of people will be at parties or events in a celebratory mood. Every year, stupidity holds forth on New Year's Eve. Some gun nuts actually think they can shoot their guns into the air to celebrate the coming of the New Year. They are stupid and dangerous and have absolutely no common sense. Also every year, my friends Greg and Joe Jaskolka hold a press conference to call attention to this stupid behavior. For what goes up, must come down. Joe has a bullet lodged in his brain as a result of celebratory gun fire on New Year's Eve of 1998. Here is part of Joe's story told in his own words:

"As the clock struck midnight, and as normal people do in our “civilized” nation, my parents rang in the New Year by banging on pots and pans.  I had no idea that people would be firing their guns into the midnight sky, but that is the often painful re-occurrence that people partake in doing. It’s an over 300 year-old tradition dating back to colonial days when William Penn helped to establish the city of Philadelphia, or the city of brotherly love, and sisterly affection?!

A couple cousins and I were heading to go see one of the local Mummer’s string bands warm-up, or as they're most famously called by my two parents, The New Year shooters.  I thought that title was pretty odd at the time, now I have more common-sense!

Being the son of a Vietnam veteran (father) and a Navy brat (mother) I never really was ever taught to “admire” firecrackers/works.  My dad always taught me that they were dangerous, and also saying, “If you want fireworks, go in the service.” Which before my shooting I was preparing myself for.

Against popular belief, I wasn’t walking to see the fireworks at Penn’s Landing in Center-city Philadelphia, I was enjoying the family-festivities in my Grandmother’s split-level row-house in South Philadelphia. Here come the irony…

I got maybe a half-block away from my Grandmother’s home before a “Celebratory bullet" pierced my skull. Better yet, when my cousin Jeff ran back in the house to report to an adult to call 911, “Joe’s just lying on the ground, everyone must have thought I was joking”, but a child with a bullet-hole in the top of his cranium, when my parents (and aunts, uncles, and fellow cousins) were all trying to figure out what happened to me, crazy scenarios started to be heard.

When police searched the rooftops in a few block radius a day later, they found over 700 spent bullets!"

Joe's life changed forever as did that of his family. Gunshot injuries can and do have life long debilitating effects. Joe has suffered through many surgeries. This year, Joe and Greg spoke out again. Their interview is below:

Be careful out there everyone. Enjoy the New Year's celebration without your gun.

And, of course, it was predictable that there would be injuries ( and hopefully not deaths) due to celebratory gun fire on New Year's Eve. Two people were injured in Florida last night due to bullets being fired into the air. Where is common sense?

Lt. Jimmy Judge of the Jacksonville Sheriff's Office says that shortly before midnight Monday, an 8-year-old boy in downtown Jacksonville told his father that something had hurt his foot.

Judge tells The Florida Times-Union that when the boy's father examined his shoe, he found a bullet.

In St. Petersburg, police say a 67-year-old woman was leaning against a balcony railing at a yacht club when she felt something strike her right wrist just after midnight. A bullet was removed from her wrist at a hospital.

Authorities urged people not to fire their guns in the air in celebration because the falling bullets could strike innocent bystanders.

Never mind. It happens every year. Stupid and dangerous behavior by gun toting citizens contribute to too many injuries every year.

I have heard of numerous injuries from gunfire on New Year's Eve. This one, tragically, resulted in the death of a 10 year old child:


A 10-year old girl, Aaliyah Boyer, was setting off fireworks for New Year's in Elkton, Maryland, when she was shot through the top of her head by a bullet from celebratory gunfire.

Senseless. Where is common sense?