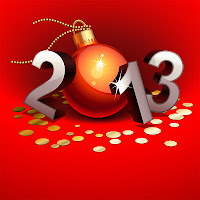 2012 was a year filled with mass shootings and other high profile shootings. It was the year that the NRA's mythology was exposed. It was the year of the most brutal and horrific school shooting in our history. It was not a good year for victims of shootings. It's time to move on to a common sense approach to our nation's huge public health and safety problem. Public awareness is sharp and support for reasonable gun laws is growing. Many politicians are showing support, at long last, for reasonable measures to stop the carnage. The President wants changes to gun laws early in 2013. He spent time with the families of the Sandy Hook elementary school and felt their pain. He said it was the worst day of his Presidency. It's way past time for changes to our gun laws. We have let mass shooting after mass shooting after mass shooting happen before our very eyes and done nothing. We have seen domestic shooting after domestic shooting after domestic shooting happen and done nothing. We have watched way too many children die and done nothing. We have let the NRA make gun policy in America for way too many years. We have let the NRA stop reasonable gun restrictions for way too many years. The shootings of 2012 changed that. There is finally hope that something will be done. It's way too late for too many families of too many victims. I say let's sing Auld Lang Syne and hope for, no demand, a more peaceful 2013.


Here is just a brief list of the shootings from 2012. There are many many more. 32 Americans a day die, on average, in gun homicides. 80 a day die in total from gun homicides, suicides and accidental shootings. So here are a few of the headlines from just some of the 2012 shootings. Remember the victims.

January
February
March
April
May
June
July
August
September
October
November
December
We are better than this. Peace on earth, good will to all. I wish my readers a Happy New Year. I know that too many will not have a good new year. The parents of the 20 children who were brutally massacred on Dec. 14th will have many bad years ahead of them. Their children's futures are no longer. Their grief will never end but just abate slowly in years to come. For them, 2012 was an annus horribilis.

My wish for the new year? That Congress will at long last come to its' collective and common sense and do the right thing in the name of the victims; that legislatures all over the country will turn away the crazy and dangerous ideas of the extreme NRA lobbyists and pass reasonable gun laws. And let us be a kinder, gentler nation and give a hand to those in need, to those in grief, to those with whom we can compromise, to those who would do others harm....