Where do stolen guns end up? 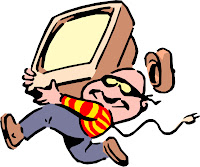 The Bureau of Justice has released a new report about the number of stolen guns in America from 2005-2010. From the press release of the new report:

You can see the rest of this comprehensive report through the link to it in the press release. According to the report, many of the stolen guns were unrecovered during the period of the report. Also it was interesting that a high percentage of guns stolen were reported to authorities which makes the process of tracing the guns easier. And speaking of reporting stolen guns, you might want to check out this new blog specifically about shootings and gun incidents at Walmart stores. From this latest post:

"Law enforcement agencies in Walterboro and Summerville are on the lookout for the people responsible for two separate incidents where assault rifles were stolen from area Walmarts.

According to police, the suspect took a hammer and chisel from inside the department store and used them to open a gun case. The suspect then took an AR 15 and 22. caliber assault rifle. Police say those assault rifles were later found near an I-26 off ramp near North Main Street.

Officials with the Walterboro Public Safety Department say a similar incident happened at a Walmart on Bells Highway when two suspects entered the store on Oct. 28 at 11 p.m."

So if anyone wants to know where some crime guns come from, here is a great example of 2 stolen assault guns getting into circulation. Who knows where they will show up next? It could well be in a shooting that we will read about in a news account in the coming months. I suggest that you take a good long look at this blog before you do your Walmart shopping. But I digress.

Stealing guns is more serious than stealing a T.V. or jewelry or taking an item of clothing from a store or a home. Guns are dangerous weapons and where they end up could make a difference in someone's life. Some states and certain cities have requirements to report lost or stolen guns. This is for a very good reason. From this article:

The article from the Law Center to Prevent Gun Violence, about a specific law proposed in California, states why the law is important to law enforcement:


When a crime gun is traced by law enforcement to the last known purchaser, that person may falsely claim that the gun was lost or stolen to hide his or her involvement in the crime or in gun trafficking. A reporting requirement will provide a tool for law enforcement to detect firearms trafficking and prosecute “straw purchasers,” individuals who buy firearms on behalf of criminals who are prohibited from possessing guns.

There is more at "Trace the Guns" where you can see which states have passed laws to prevent illegal gun trafficking. Reporting of lost and stolen guns is just one measure that can prevent trafficking. In combination with other sensible gun laws, we can prevent and reduce some of the daily carnage on the streets of America. Is there a good reason not to pass these laws, given the advantages to public safety? I wonder if the NRA is against such common sense legislation? Do I need to ask the question? A glaring result of failure of a gun dealer to report a "lost" or "stolen" gun is the Tacoma, Washington gun dealer who allowed some of his stolen guns to go unreported. Where did they end up? At the scenes of the many senseless deaths during the DC Sniper shootings. "Bad apple" gun dealers, who fail to do their jobs as required by the ATF, can allow illegal guns to get into circulation and lead to gun deaths and injuries. Laws matter.

Another incident involving a 16 year old and a ( now known to be) stolen gun ended in tragedy. From this post at the Kid Shootings blog:

A 16-year old boy, Yaredh Gautier, was in a library in Orange City, Florida, with friends when he pulled out a .38-caliber Special to show it off.  He then unintentionally shot himself in the head, through the eye, later dying from his wound.

The gun had been reported stolen ten years ago.  How the boy got the gun, no one knows, but according to the video, friends may have indicated that Yaredh had recently found the gun.

Also from the new blog, Walmart Shootings, is a great example of how the guns stolen from homes get transferred to the illegal gun market, From the linked article in the blog post:

"About 4:30 p.m. Saturday, the Century Drive residents reported a burglary with firearms being stolen. Witnesses of the burglary supplied descriptions of the thieves and a suspect vehicle. Police were able to link the suspects and vehicle to the earlier reported weapons transfer.

Officers took the suspects into custody without incident .

Officers recovered the stolen property from the burglary, including several firearms, police said. At least one of the suspects was armed with a handgun when the officers made the arrest, police said.

All three were charged with first-­degree burglary, first-degree theft and other assorted charges and lodged in the Lane County Jail."

We all know the rest of this story had these guys not been caught and had the owner not been so vigilant as to report the stolen guns and a description of the car used by the burglars. Stolen guns have a way of showing up at crime scenes or accidental shootings many years after first being stolen. They add to the number of guns available in the illegal market. Where a 16 year old came by his gun in the story above should be examined in order to help law enforcement trace crime guns back to their original owners. All guns start out as legal purchases ( unless illegally imported). The movie, American Gun, does a great job of tracing a gun used in a murder to it's source which turns out to be a surprise to the person tracing the gun. The gun goes full circle back to the man looking for its' origin. And one more observation to be made from two linked articles above is that guns seem to be transferred in or near Walmart stores and the many gun incidents at the stores is fodder for some sort of further review. Can it just be a coincidence that so many gun incidents happen at Walmart stores?

Yet another comprehensive report published by Mayors Against Illegal Guns shows the extent to which guns are trafficked from some states more than others and the laws that could reduce the number of illegal crime guns. There is much to be considered here, not the least of which is the benefit to reducing crime guns in the illegal market because of laws requiring the reporting of lost and stolen guns. Laws matter.

Common sense tells us that reporting lost and stolen guns will help trace the guns used in crimes, including in shootings. It may even reduce or prevent a shooting if law enforcement can act quickly, as in the case of a potential transfer of stolen guns in an Oregon Walmart parking lot, as described in a linked article, above. And further, gun owners need to be responsible enough to have their guns locked away where kids and burglars won't be able to access them. Lives depend on it.

I found this article to add to my point about why lost and stolen gun reporting is a good idea:

The murder of Officer Fox, a seven-year veteran of the Plymouth Township police force, sent a shock through every municipality in Montgomery County. An Iraq War veteran, he is survived by his six-month old daughter and his wife who is pregnant with their second child.

The new law, authored by Representative Marcy Toepel (R-147), will crack down on straw purchasers by requiring five years in prison for repeat offenders. Rep. Toepel is calling it the “Brad Fox law” and has invited Governor Corbett to sign it in her Montgomery County district.

We strongly support this law and applaud the spirit with which our lawmakers are calling attention to the problem of straw purchasing and other forms of gun trafficking. Now we need to take the next step and address the scourge of lost and stolen guns, which account for more than one-quarter of the federal government’s crime gun trafficking investigations.

Four years ago, the legislature failed to pass a bill requiring gun owners to notify law enforcement within three days of becoming aware their handgun has been lost or stolen. Since then, 30 Pennsylvania cities and municipalities have worked closely with law enforcement to pass their own lost and stolen reporting requirements.