It's all about the NRA at election time? 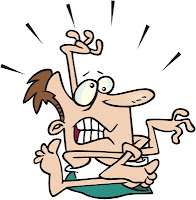 
Should the NRA, who purportedly has about 4 million members, give or take, have a large role in our elections? My readers know my answer. I have written many times about this before. We all know that Mitt Romney, not a gun guy himself, tried to fashion himself as one to get the NRA endorsement:

"The NRA’s support of Romney is somewhat controversial in that Romney once favored a toughening of some gun laws. In 2004, while governor of Massachusetts, he signed off on a permanent assault weapons ban for the state.

“These guns are not made for recreation or self-defense,” Romney said at a July 1, 2004 signing ceremony, according to non-profit group Media Matters, which posted a copy of a state press release on its website.

“They are instruments of destruction with the sole purpose of hunting down and killing people,” Romney said.

Romney’s 2012 political platform, however, states that “Mitt does not believe that the United States needs additional laws that restrict the Second Amendment right to keep and bear arms.”"

Just another issue on which he has taken almost every position possible. Excuse me, I digress.But really, folks, some candidates get themselves all twisted into knots about whether one has been endorsed by the organization or not. Such is the case in a local election in my neck of the woods. One candidate is claiming that another is using the endorsement of the NRA and shouldn't be. It is even going to a judge to determine if the endorsement can be used. From the article:

Jason Metsa has won the latest round in a dispute over credentials in the Minnesota House District 6B race. A three-judge state panel now will rule on whether his opponent willfully lied during the campaign this fall.

Metsa, a Democrat, insists that his Republican opponent, Jesse Colangelo, is falsely touting an endorsement from the National Rifle Association.

Metsa sent his complaint to the Minnesota Office of Administrative Hearings and a judge last week ruled that the case had merit and should be sent on to a panel of three administrative law judges. The deadline to file any more testimony in the case was Wednesday. No date for the panel decision has been announced.

Colangelo received an endorsement for his Republican primary battle this summer but it doesn’t carry over to the general election, the NRA reported.

The NRA said both candidates are considered “pro-gun” but neither qualify for official endorsement.

I know this is the most important issue on the minds of voters! Really folks. Get a grip. Sure, Northern Minnesota is full of hunters. But hunters are not necessarily NRA members. And let's remember that even NRA members and hunters support reasonable gun laws when asked:


It seems obvious to many that advocating for regulating the sale, ownership, and use of guns is a political loser. Indeed, there is a wealth of polling data suggesting Americans oppose “gun control” and favor “gun rights.” However, new research obtained by ThinkProgress indicates that this opposition exists only in the abstract. According to a poll conducted in May by Republican pollster Frank Luntz for the group Mayors against Illegal Guns, gun-owning Americans, including National Rifle Association (NRA) members, overwhelmingly support a raft of common-sense measures typically described as “gun control:”

Whatever. The NRA does not. The NRA is an extremist organization. Take a look at Meet The NRA and read about the board members and those who run the organization. If only the candidates would check this out. It would give them plenty of fodder for election chatter and allow them to challenge the mythical influence of the NRA. Then, perhaps they could actually talk about ways to reduce and prevent the daily carnage happening as a result of our nation's loose gun laws. We all know what this is all about? It's all about thinking, falsely, that an NRA endorsement matters in the election. It doesn't but some elected leaders and candidates have not yet figured out that they don't need the NRA.

“Republicans won the House in 1994,” Congressional scholar Gary Jacobson  wrote, “because an unusually large number of districts voted locally as they had been voting nationally,” or, they voted for Congress as they had for president.  It was highly partisan politics where some Democrats suddenly found themselves in trouble in GOP-leaning districts.  It probably had nothing to do with gun legislation, more likely to have been affected by Clinton’s health care reform.

NRA head, wacky Wayne LaPierre even said in speaking to the group’s annual convention in 2002, “You are why Al Gore isn’t in the White House.”  Many experts say, if Ralph Nader hadn’t run, Al Gore would no doubt have won.  And when Waldman looked for evidence that Gore’s stance on gun control cost him decisive votes, he found none.  He even carried states like Pennsylvania, Michigan, Minnesota and Iowa on the issue.

Waldman reiterates: “the National Rifle Association didn’t win Congress for the GOP in 1994, and it didn’t deliver the White House to George W. Bush in 2000.”  He also comments on a common theme that seems to surface during the analysis, “what the NRA claims credit for usually turns out upon closer examination to be nothing more than elections in which Republicans do well.”  Two glaring examples, Pres. Obama’s and Pres. Clinton’s election wins.

Get a grip everyone. This election is not about guns. If it is, it should be about how to stop the shootings. That just is not happening, much to my frustration. But to make a big issue about an NRA endorsement is a fool's errand. So, candidates, just speak common sense about the issue and the voters will support you. Really. And lives depend upon getting this one right. Until candidates get this one right and realize that the voters are way ahead of them on this issue, we will continue to see our political leaders and candidates for office running away from the gun issue and running towards the extremist NRA for support. We are better than this.

Today I had a great discussion with some volunteers ar the Obama office in Duluth. The topic of the extreme nature of the Republican party came up. It turned to the NRA and I wasn't even in the midst of it as I was doing something else at the time. One of the men said he had received a call from the NRA the other day. The person on the line proclaimed to him that if President Obama is elected, he is going to take his guns away. The man replied that the caller was too late. They had come for his guns 20 minutes ago. That is how stupid that statement is but too many people believe in the lie. Pity them.

This article should have been included in my post. Think Progress wrote a series of articles about the myth of the NRA. This one is from part II:

You can check out the great graphs showing these numbers. And more, from the article:


So contrary to what one might expect, the NRA endorsement isn’t delivered as a saving grace to a candidate struggling in a tough race. Instead, the typical NRA endorsee is a Republican incumbent from a strongly conservative district strolling to an easy victory. Over these four elections, 82 percent of NRA endorsees won their races by 10 points or more, and 62 percent won their races by 20 points or more. In other words, the NRA endorsement is mostly a reward for past service. In fact, in these four elections, the NRA endorsed a total of 106 House candidates who ran unopposed, and even donated money to 96 candidates with no opponent. (...)

So nearly every NRA endorsee gets nothing from the organization’s nod. There is, however, one group that gets a small boost: Republican challengers who get endorsed when they run against Democratic incumbents do about 2 percentage points better than similar candidates who don’t get the endorsement.

That may mean that in certain cases at certain times, an NRA endorsement can help a little (and one can be certain that since the organization endorses few challengers, it picks those candidates carefully, looking for ones it thinks have a good shot at winning). But those races form a tiny portion of their endorsements: only 5 percent of the NRA’s endorsements go to Republican challengers. In other words, in all but a tiny number of races, the NRA endorsement is essentially meaningless.

There is more and the other parts of the series are also worth reading.

I just had a conversation with a friend while I was exercising. We were talking about the role of the NRA in elections. She told me that they have received 8 calls from the NRA in the last 3 days. They answered one of them and said they were not interested. But the NRA is nothing if not persistent. They keep calling. We discussed how their name got on the calling list given that neither she or her husband have ever been NRA members. Her husband is a deer hunter. Does the NRA purchase the names of all hunters, assuming they will be friendly to their cause? Her husband once got a subscription to an outdoors hunting magazine from a relative. One can assume that the NRA buys those names, assuming that everyone who reads about and enjoys the outdoors will support their agenda. Further, do they count these folks as part of their alleged 4 million members? Who knows? This woman, on my advise, intends to answer the next call, which will surely come, and tell the NRA to quit harassing their house with phone calls they don't want. Though her husband is a hunter, he wants nothing to do with the NRA's extreme agenda.