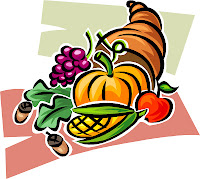 I am thankful this Thanksgiving for so many things. My life has been interrupted by more than a few tragic and difficult times. But today, I am thankful that my family will be together for the Thanksgiving holiday. My husband, my children and grandchildren make me happy and give meaning to my life. I am thankful for the many people and organizations I know who are making a difference in the lives of others. They have all influenced public policy and lobbied for safe and healthy communities and for minorities and women's issues. Many of them have worked in concert with me and others like me to reduce and prevent gun violence. The staff and board members of these organizations are dedicated people who believe in just causes. They inform me. They support me and my efforts just as I do the same for them.

Then yesterday, incumbent 8th District Republican Rep. Chip Cravaack said that the best way for America to deal with the recent spate of mass shootings isn't gun control, but rather more guns, including guns in movie theaters.

Here's a transcript of Cravaack's remarks, followed by the video footage (courtesy of the Uptake):

Gary Eichten: [In wake of the Aurora and Accent Signage shootings,] do we need further restrictions on gun ownership?

Cravaack: Not one more law would've banned the tragedy that happened in Aurora and Minneapolis. One more law wouldn't have. But I tell you what would've. If there was another person in that audience that had a weapon that would've been able to protect themselves and their fellow audience members.

Really? Representative Cravaack's views will no longer be relevant. Many people I know worked hard to elect Rick Nolan to this seat and for that I am thankful. I am thankful for all of the organizations that worked hard to protect the rights of women, minorities, children, voters and the GLBT community in the election. Below are just a few of these groups for whom I am thankful:

-Domestic Abuse Intervention Programs which reach is far and wide. The Duluth model, a coordinated community response, has been modeled all over the world. This program, too, saves the lives of women and works with the men who batter, among just a few of the services provided.

-The League of Women Voters for their continued reasonable and educated approach to the issues of the day by studying, by taking action, by providing important voter information and hosting candidate forums.

-Women's Health Center for providing needed health services to women. And to the local Planned Parenthood office for the wonderful services provided to many local women.

-Men as Peacemakers is a local group of men who are working with youth in our community to provide mentors, to provide examples of how to behave in a peaceful way to solve problems and to get people in the community into our schools to read with children.

-The Duluth YWCA and its annual Women of Distinction awards honoring women who have made a difference in the lives of girls and other women.

-PAVSA for advocating for women who have been sexually abused.

-Clayton Jackson McGhie Memorial for its efforts to remind us about racially motivated violence and for the memorial in memory of 3 slain black men.

-For my church, its ministers and the congregation for centering me spiritually and for quiet support of issues that mean so much to me, and most particularly, gun violence prevention. Without my church, the time after my sister's shooting would have been much more difficult. I was surrounded by prayer, love and understanding during that time and it continues even today.

-Protect Minnesota for its advocacy in the state of Minnesota and tireless work to increase support for and to educate Minnesotans about common sense regarding gun policy and gun use. As the only state group working to end gun violence, Protect Minnesota has gained the respect and support of many and is called upon to respond to issues concerning gun violence all over the state.

-The Brady Campaign to end gun violence for its continued efforts to change public policy and work towards a better and more safe country and amazing support for victims from all over the country. I thank also the Million Mom March which began a movement that has allowed me to meet wonderful people from all over the country who I call my friends. Through the chapter structure that formed after the march, I learned how to be an advocate for victims and speak to elected officials at all levels of government. I respect the staff, chapter leaders and the board for their professional work and passionate advocacy. I have gained much by being involved in this organization.

-Coalition to Stop Gun Violence for its presence as an organization which is not afraid to take on the NRA and to advocate on social networking sites for action to stop senseless shootings.

-The Law Center to Prevent Gun Violence for its amazing research and report writing to reveal the truth about gun laws and why they matter.

-The Violence Policy Center for the comprehensive reports and blog writing on behalf of the entire gun violence prevention community.

-Mayors Against Illegal Guns for gathering support from mayors all over the county for reasonable efforts to stop gun trafficking and keep guns from entering the illegal market place as well as support of gun violence victims.

-Protest Easy Guns and the work by that organization to call attention to the issue of gun violence and for their passionate support of victims.

-Living for 32 for spotlighting the shooting at Virginia Tech through the film featuring my friend Colin Goddard, who was injured in that tragic shooting.

-States United to Prevent Gun Violence for gathering information, disseminating it and keeping state gun violence prevention organizations informed so they can act at the state level on issues as they arise.

-Keep Guns Off Campus for its tireless and successful efforts to keep guns off of college campuses all over the country.

-For Sarah and Jim Brady for persisting in getting the Brady law enacted after Jim's shooting in 1981. Their lives changed forever when a crazed shooter tried to assassinate President Reagan. They have not quit their efforts and represent victims of gun violence in the country with their continued advocacy.

-For the many state organizations working on behalf of victims and common sense.

-For my many blogger friends, too numerous to name, but two that I cite often- Kid Shootings and Ohh Shoot blogs. The rest are on my blog roll. Check them out; and for the many individuals who work on the issue of gun violence prevention.

-The good folks at the ATF for doing their jobs so well in spite of lack of funding and support from Congress.

-Good friends who support common sense gun legislation in the Minnesota legislature and the U.S. Congress. They are not afraid to speak out for victims and doing what's right. They know who they are.

I am thankful for victims' organizations and the victims who dare to speak out for the good of us all in the interest of saving lives. I am thankful for the fortitude, grace and forgiveness of the friends and the families who have experienced gun violence. It is for them that I and others are doing what we are doing. I value the friendship of those I have met and with whom I have worked.

I am thankful for the reasonable gun owners with whom I talk who support reasonable restrictions on guns and who can own them, in order to promote public safety. They understand that efforts to prevent gun injuries and deaths do not impinge on their rights or their guns.

And last, I want to thank a friend and fellow Protect Minnesota board member for his efforts to save lives in Minnesota. He died yesterday but leaves behind his passion and kindness. We will continue our work knowing he would want us to succeed.

Happy Thanksgiving to all. May you stay safe in your homes and in your travels. As always, gun violence does not take a vacation so we will surely hear about more shootings and gun incidents over the Thanksgiving holiday. Be careful out there.