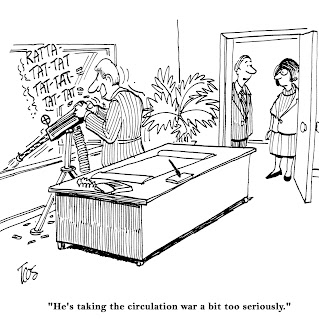 Just yesterday, my husband and I drove along the 35E freeway on our way home to Duluth from moving our daughter to a Twin Cities suburb. We have been on a months long Odyssey ending with us moving her and her children from Pennsylvania to Minnesota while she is sorting out her marriage. It has been a long and difficult journey for her and for all involved. At times, it has been so stressful and emotional that our hearts were all breaking. But now that she and her children are safe and sound and closer to us, we are all relieved. We left her new home late on Saturday, exhausted but ready to be back home. So imagine my shock when I read this article about a road rage shooting along the route we traveled on the way home to Duluth:

"A 26-year-old Rosemount woman was shot in the shoulder just before 2:30 a.m. as she rode in a car that was northbound on Interstate 35E, just south of Pilot Knob Road.

She was one of eight people in a Volkswagen Jetta that was entering the interstate from Cliff Road. She was in the front seat, on another passenger's lap, with her back pressed against the front passenger window, said Sgt. Danielle Anselment, an Eagan police spokeswoman.

As the car drove onto a freeway ramp about 2:20 a.m., Anselment said, a dark-colored sport-utility vehicle began tailgating. The driver of the Volkswagen slowed down, put his hand out his window and "gave the finger" to the other driver, Anselment said.

Both vehicles entered the interstate, and the SUV pulled along the right side of the Volkswagen. They were traveling side by side when someone in the SUV fired at least two shots toward the passenger compartment of the Volkswagen, police said. Witnesses said it appeared the gunman fired through a closed window of the SUV, but officers did not find any broken glass.

One bullet hit near the passenger door, and another drilled into the victim's right shoulder."

Clearly the people in the Jetta were drunk and most likely driving erratically and in an unsafe manner. Most other drivers would have called 911 to report the car to law enforcement. Some people choose to take matters into their own hands, even when they shouldn't. Do you just get out a gun and shoot the offending party? The answer is a resounding NO. But thanks to our gun laws, more people are carrying guns in their cars. When a gun is available, it might just get used. Why the rage? Without the gun, no one gets shot. Only people with guns shoot other people. They are doing so with increasing frequency. Just in the last few weeks, the headlines in Minnesota media outlets have reported on a domestic homicide/suicide in Cottage Grove, Minnesota leaving 2 dead. Four people were injured in a shooting outside of a Minneapolis nightclub on Sunday. A workplace mass shooting in a Minneapolis neighborhood left 6 dead and several others injured. Two incidents in St. Paul injured one officer and left two men dead in separate incidents.

Speaking of shootings on freeways, there have been shootings along a Michigan freeway that have puzzled law enforcement. From the article:

Earlier this week, a specially formed task force of 70 investigators from local and state police agencies was investigating 22 reported shootings along or near the interstate in Ingham County, Oakland County, Livingston County and Shiawassee County.

Until Saturday's shooting, none of them involved any injuries. The first occurred on Oct. 16.

Ingham County Sheriff Gene Wriggelsworth told reporters that the nature of the shootings makes the investigation a challenging one.

“We’ve got a 100-mile crime scene there, folks,” Wriggelsworth said.

Police said at least seven of the shootings appear to be linked based on bullet fragments or casings discovered at the scene, although investigators couldn’t point to a specific weapon used, Oakland County Sheriff Michael Bouchard told the Associated Press.

Based on reports and at least 20 tips, authorities said the gunman appears to be a man in his 30s. Police released a sketch of the possible suspect, described as a young man with closely cropped hair who was driving a black sedan.

What causes someone to engage in this kind of behavior? Without a gun, it couldn't happen, of course. People should be able to drive home from work or a visit with family without fear of being shot while sitting in their cars. People should be safe from gun violence while driving.

Considering the recent rash of mass shootings and the continued domestic shooting incidents as well as all of the other shootings leaving an average of 32 dead in gun homicides every day in America, this new report about gun policy from Johns Hopkins is timely, to say the least:

There are enormous economic costs associated with gun violence in the U.S. Firearmrelated deaths and injuries resulted in medical and lost productivity expenses of about $32 billion in 2005.1 But the overall cost of gun violence goes well beyond these figures. When lost quality of life, psychological and emotional trauma, decline in property values, and other legal and societal consequences are included, the cost of gun violence in the U.S. was estimated to be about $100 billion annually in 1998.5 A new study has examined the direct and indirect costs of violent crime in eight geographically-diverse U.S. cities, and estimated the average annual cost of violent crime was more than $1,300 for every adult and child. Because much of these costs are due to lowering residential property values, violent crime greatly reduces tax revenues that local governments need to address a broad array of citizens’ needs. The direct annual cost of violent crime to all levels of government was estimated to be $325 per resident.

Among the issues addressed in this report are guns and substance abuse, guns and young adult access to them, high capacity ammunition magazines, conceal and carry laws, background check laws, accidental gun discharges, potential gun designs to make them safer from children, better regulation of gun sellers,  changing laws to prohibit gun purchases from those with certain violent misdemeanor charges, gun policies and the effect of policy on gun deaths and injuries, polling showing support for reasonable gun laws, and other topics relevant to the overall discussion that needs to happen in America. The report makes a great case for why politicians need to address this issue and ends with this:


Contrary to recent media reports, a large majority of the public, including gun owners, favors remedying many current weaknesses in our gun laws. There are real political hurdles to enacting new gun control laws, and the power of the gun lobby is substantial. But politicians who want to correct flaws in our current laws, which enable dangerous people to get guns, could do so knowing that there is broad support for those policies, the reforms are constitutional, and the policies would enhance public safety.

While I have been on my daughter's difficult journey with her there have been plenty of stupid and dangerous shootings. I just don't get the rage that results in using a gun to kill or injure someone. I don't get someone shooting at a car full of people on a freeway. I just don't get shooting people at a workplace after being fired. I just don't get chasing someone you once loved in a parking lot and shooting her dead. ( Actually, that one I understand because of my own sister's death in a domestic shooting). I just don't get people walking around on the streets with guns and shooting into a crowd of people. I just don't get law abiding gun owners leaving guns around where kids can gain access to them. ( The Kid Shootings blog keeps track of things like this. Read it if you want to understand this one.) The latest posted incident was about a 4 year old who found a rifle in his parents' car and fired it at the window of a hardware store where luckily, no one was in the  bullet's trajectory. You just can't make this stuff up.

Why so much rage? Rage and guns definitely do not go together. The result is deadly way too often. Some of the rage comes directly from the NRA where their own Executive VP Wayne LaPierre is seen ranting and ramping up fear and paranoia. When that is the example coming right from the top, no wonder so many gun owners feel rage, anger, fear and paranoia and some of it turns into deadly violence. See LaPierre below in this video as proof:

Scary stuff. And Halloween is just days away. We are better than this as a country. It's time to get to work and do something to reduce and prevent the daily carnage. Common sense tells us that we have a national public health and safety problem that is crying for attention. The time to deal with this problem passed long ago. Lives depend upon coming together to engage in a national discussion.
Posted by japete at 10:30 AM