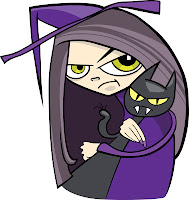 Halloween is coming right up. Who thinks about guns on Halloween? Obviously some people are afraid of anything and everything. In 1992, Yoshi Hattori, a 16 year old Japanese exchange student was shot to death by a Louisiana man who thought the student meant him harm. The man was found to be not guilty by reason of self defense though later found liable in a Civil suit. Hattori was dressed in a Halloween costume and was looking for a party but was at the wrong house. He meant no harm. There was a language barrier. But he was shot for just being at the wrong house while dressed in a costume and looking foreign.

I wouldn't mess with this guy, would you? I mean really. If he thinks his neighbors should be afraid of him because he carved a pumpkin with his gun, he is delusional. Either that, or downright scary. Watch him do it here:

Right. This man said a gun was a "common household tool." The cynicism and stupidity of that statement speak volumes. The gun guys try to make us think that guns are just tools. They are not. Guns are deadly weapons. They don't fall into the category of tools. But if they can convince everyone that a gun is just a tool not to be feared but to be used, then they can make the argument that guns don't cause any more harm than a hammer or a screwdriver. Of course, reasonable people understand that this is not true. Everyone knows that hammers don't kill 32 people a day. Nor do screwdrivers or wrenches. But facts don't matter to the NRA and its' minions.

So wouldn't it be great if families got together in their neighborhoods and carved pumpkins with handguns? Check out the holes in the back of the pumpkin. Where did those bullets go once they made it through the back side of the pumpkin? Bullets don't know where to stop.

But the other scary thing is how many people shoot in the dark at something or someone they are "scared" of without really thinking first. Some people are afraid of their own shadows. Others shoot at shadows. One young Pennsylvania girl was dressed as a skunk and got shot by her uncle. You just can't make this stuff up. From the article:

A 9-year-old girl was accidentally shot in the shoulder Saturday night by a family member who thought she was an animal outside a New Sewickley Township home, police said.

New Sewickley Police Chief Ronald Leindecker said the girl, whom he would not identify, was over a hillside around 8:30 p.m. during a Halloween party at 376 Brewer Road.

Leindecker said an unidentified male relative mistook the girl, who was wearing a black costume and a black hat with white tassel, for a skunk and shot her in the shoulder with a shotgun.

The girl was alert and talking when she was flown to UPMC Children’s Hospital in Pittsburgh, Leindecker said. A report on her condition was not available. Leindecker said he was not sure if charges will be filed. He added that the man had not been drinking.

So first of all, the uncle is might lucky he didn't kill his niece. Second of all, do people just shoot skunks and other animals when they come around? I would rather go inside or find a way to trap the animal or avoid it. My mother used to tell a joke about how you get rid of skunks. You put a bowl of Lutefisk under the porch and a family of Norwegians will move in. It was her sick humor but maybe she was on to something.

This one isn't about Halloween but I'm throwing it in because it again shows that when you are holding a gun in your hand, all kinds of bad and scary things can happen. A young family man is dead because his friend mistook him for a boar during a hunt:

Clinton Haas, 34, was killed Thursday evening while hunting in the Bridgewater Development near Jupiter with friend Ernie Small Jr. The 36-year-old Small, of West Palm Beach, likely mistook Haas for a boar and shot at him, Florida Fish and Wildlife Conservation Commission officials said. The shooting was ruled accidental but the investigation remains open.

“He was the most kind, and giving, caring person. He always went above and beyond for others,” Allison Haas said. “I don’t know what other words. He really wore his heart on his sleeve, he took care of so many people.”

Haas said she knew her husband was going to the Bridgewater development, a gated, private area near Island Way and north of Indiantown Road, with Small to spread corn feed to draw the pigs out.

“At this point in our investigation, this appears to be a terrible hunting accident,” said Capt. John Suggs, law enforcement supervisor for the FWC, in a statement. “As with all hunting incidents, we will conduct a thorough investigation to find out how and why this hunting trip ended so tragically.”

The couple, who have a son and twin daughters, own Florida Lift Tech Inc., a one-man repair business. Haas was a mechanic for heavy equipment, such as sod machines.

Clinton Haas was a licensed hunter and has caught a boar before. One time he even brought home his prize and the family had the animal for dinner.

Another innocent man is shot by accident by a "law abiding" gun owner- his family left fatherless. This has happened far too often in America. So the lessons here are:

Speaking of shooting at fruits and vegetables and being safe while doing so, check out this story about a stray bullet coming from law abiding shooters entering a nearby home, luckily not hitting innocent people inside. From the article:

60-year-old Craig Jacobus, of Allentown, Pennsylvania, was hosting a "shooting party" in his back yard. According to reports there were about 40 people at the party, of all ages. Guests were using metal can lids and watermelons as shooting targets while shooting a 9mm handgun and an Ar-15 and AK-47 assault rifle.

Police were called when a bullet from the AK-47 struck a neighbor's house. Stanley Reinhold was in his sun room when he heard an unusual sounds. Upon closer inspection, Reinhold discovered that a bullet had hit his house.

Reports indicate that the bullet hit a porch rail, entered through the window frame, angled upward to a wall and then bounced back toward the window before falling to the floor of the sun room.

When police arrived at Jacobus' house to investigate they could see traffic on the road behind where the targets were located as well as the high school athletic fields.

Jacobus insisted that they were shooting in a "safe manner" and told police he had hosted similar parties before. He was arrested and charged with recklessly endangering another person. Jacobus was arraigned last week and leased on $25,000 bail.

Hmm. As you can read from the comments on this post, most of the gun guys think that shooting at targets like these is perfectly safe. Nothing will happen to those bullets that go through pumpkins, watermelons or whatever. After all, they are shooting in a "safe manner." Just trust them.
Posted by japete at 9:12 AM