Stolen guns are a problem 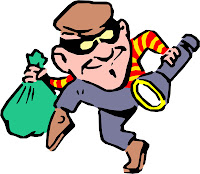 I meant to write this post quite a while ago but then got distracted by so many mass shootings and other issues. My post from yesterday was about a group of people in Florida who purported to use guns at the polling places to take care of perceive fraudulent voters. It was a scary idea and it turns out it was a hoax, thank goodness. Perhaps there will be more on this soon. Suffice it to say, however, that nothing should surprise us in our current poisonous political atmosphere. We have actually seen people with guns at tea party rallies, at political speeches and at pro gun open carry rallies. We have free and fair elections in the United States of America. There are attempts to change that, as I wrote about yesterday. This is a dangerous trend coming from the far right and any attempts to control our election process should be scuttled quickly. That is what the judicial system is doing, for the most part, in many states where legislatures are trying to disenfranchise voters. See Texas, Florida, Ohio, Wisconsin. Guns do not belong in our election process. The only reason to bring a gun to a political rally or a polling place is to intimidate people. That is not the way we do things in our country. That is what is seen in other third world or undemocratic countries. Stealing elections would be the worst possible outcome of our electoral system and blatant attempts to do so are mostly being overturned.

But here is a topic that is not talked about often enough- lost and stolen guns. This one is no hoax. A startling video shows us where some of the guns used in crime and shootings of innocent people come from. I'll let you check this one out before I make my points. You can see the video of a young man driving a car around in Vancouver, Washington in residential neighborhoods shooting at least once out of the car window while someone in the car is making a video of him. In the car is a pistol and an assault rifle. Listen and read the reporter saying just where this guy got his guns.


"Vancouver police arrested Wynn in July after he crashed a vehicle reported stolen. The weapons in the video may be the pistol and assault rifle that Wynn is accused of stealing from his uncle."

It is commonly known that stolen guns account for a number of crime guns and crimes:


The report goes on to state that "over-the-counter purchases are not the only means by which guns reach the illegal market from FFLs" and reveals that 23,775 guns have been reported lost, missing or stolen from FFLs since September 13, 1994, when a new law took effect requiring dealers to report gun thefts within 48 hours. This makes the theft of 6,000 guns reported in the CIR/Frontline show "Hot Guns" only 25% of all cases reported to ATF in the past two and one-half years.

That is why it is so important for gun owners to safely store their guns. Not only does that practice keep guns away from children and teens who shouldn't be able to get their hands on guns, but it keeps criminals from stealing the guns. That seems like a pretty non-controversial idea, right? But, of course, the NRA is against any laws that would require the reporting of stolen guns. Because, er um, because...... ( and while you are at it, please read, in the above linked article, where most crime guns come from- licensed dealers, unlicensed dealers and straw purchasing)

Here is yet another example of the danger of stolen guns. Kids, felons and others know that guns can be taken from homes of people with guns where they are often not stored. This 13 year boy got caught almost with his pants down and a stolen gun:

The police report said the boy appeared to be hiding something in his waistband and tried giving the gun to another person. That is when the gun dropped and fired a single shot.

No one was injured in the incident.

Police have charged the 13 year-old with carrying a concealed firearm, grand theft and illegal possession of a firearm by a juvenile.

Good grief. We are talking about a 13 year old boy here. Carrying a concealed firearm? Grand theft? Where did he get the gun? It was a stolen gun. Did he steal it or did an adult in his life steal it? Why was a 13 year old carrying a gun around in public? What are we all about in America anyway? Where is common sense? We are better than this. But many school shooters get their guns by stealing from their own relatives. That is a major concern. Safe storage of guns is of the utmost importance when children and teens are living at home. Children know where guns are. Just read the Kid Shootings blog for evidence.

Some states have passed laws to require gun owners to report lost and stolen guns. This report offers more information:

Not doing anything about lost and stolen guns is not an option. Let's get to work and do something about this in the name of public health and safety. Lives depend on it.
Posted by japete at 3:25 PM