In memory- what has changed? 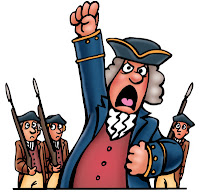 Today we are reminded of the horror of this day 11 years ago when terrorists changed our country. We remember the victims. There were 2,996 victims of the attacks on September 11, 2001. Following the attacks, our country sent American military troops into Afghanistan and Iraq. To date, 6,280 Americans have died in those two wars. If you check this website, linked, above, you can see the total Americans killed in wars since the Revolutionary War. We remember them all in different ways in different times and at memorials in different places in our country. That is as it should be.

What has changed? Well, for one, Osama bin Laden, the mastermind behind the terror attacks of 2001 was killed in a covert action on May 2, 2011. That was a big deal. Justice can never really be done but it lent some closure to the victims of the terror attacks. We now have much stricter security at airports, ports, just about everywhere actually. Americans have grown used to taking their shoes off at airport screening and placing their belongings in bins so they can be x-rayed. We have a department of Homeland Security now. That's new. The twin towers are gone and have been replaced with a new tower in Manhattan. The Pentagon has a new wing. Cars can't drive near the White House or most of the major buildings in the nation's capitol.

Terrorists are diminished around the world but still are active in attempts to do harm to Americans or others all around the world. We are always on the alert and vigilante. There is a terror watch list which keeps track of people who are known terrorists but is controversial because of the names of people placed on the list in error. This helpful article explains how you get on the list and how to get off if your name is there in error. People on this list can purchase guns even thought most should not. It is known when they buy guns but they are not prohibited from buying guns. If we passed a law to place these names on the FBI's National Instant Check System, the people whose names are on the list could not buy guns legally from federally licensed firearms dealers. Seems like common sense to me. From the article:

The working group is led by Ruben Gallego and Jackie Rodgers, both veterans and gun owners. Gallego, a former Marine infantryman and now a Democratic member of the Arizona legislature, argued that closing the gap was a smart move. "You wouldn't allow a known terrorist to get an airplane," he said. "Why are we are going to allow known terrorists to go pick up weapons?"

Both men said they were motivated by the threat to men and women in uniform, who have been targeted by shooting attacks over the past few years. In addition to shootings at Fort Hood in Texas in 2009, that same year a military recruiting station in Little Rock, Ark., was fired upon. Terrorist suspects also attempted to purchase weapons to attack Fort Dix, N.J., in 2007.

A 2011 report by the Government Accounting Office found that from February 2004 to February 2010, "individuals on the terrorist watch list were involved in firearm or explosives background checks 1,228 times; 1,119 (about 91 percent) of these transactions were allowed to proceed because no prohibiting information was found."

Gallego said that such numbers represent "a clear and present danger."

For years, Rep. Pete King (R-N.Y.) has introduced legislation in Congress to close the watch list loophole without success. "It goes to committee and just sits there," he told the New York Daily News in 2009. "It's been going on for a while."

This "clear and present danger" has been a bugaboo with the NRA who, of course, uses the second amendment to declare that even these folks should not be prohibited from buying guns. The gun rights extremists love to argue this one based on civil rights and gun rights. Some of their concerns are founded and supported by civil liberties groups. I happen to believe that erring on the side of keeping terrorists from legally buying guns is a good idea.

Preventing terrorists or anyone else for that matter, who shouldn't have a gun from getting one is a pretty good idea in my opinion. That is because we also remember that about 30,000 Americans a year die from gun injuries. Simple math tells us this: Since 2001, on average, 330,000 Americans have died from bullets. Of those, about 120,000 ( give or take) were gun homicide victims; the rest due to suicide and accidental shootings. One could argue that we are at war right here in our own country. We have had 4 recent mass shootings, killing multiple people. We have stray bullets flying on our streets, killing innocent children. We have police officers shot at with multiple bullets (15) by a White Supremacist in Wisconsin who also shot up a Sikh temple. We have plenty more of these folks around who have so much hatred, fear and paranoia, that just one slight or one event can spark a deadly outburst.

Here is a blog by New Trajectory whose author has made a time line of crazy conspiracy theories cooked up by gun rights extremists to promote their agenda.  It's worth reading all of these examples. If they weren't so stupid and dangerous, they would be almost laughable. From the blog article:

Fear and paranoia are the stock and trade of the gun industry, at least in the self-defense market.  You wouldn't buy a gun for self-defense unless you had an unhealthy dose of fear to drive the purchase.  Unless you make your livelihood in law enforcement, security, bail bondsman, or some other high-risk job, or are actively being stalked, then chances are that fear is better characterized as paranoia, since the average citizen isn't likely to ever need a gun to protect themselves, and having a gun actually increases your chance of being killed.

But the gun industry wants you afraid -- very afraid.  Not just of the bad guys, but even of our government.  Be afraid of the stranger on the street, too, and in coffee houses, restaurants, and schools.  You never know what they may be thinking, so you'd better carry a loaded gun with you at all times!  Guilty until proven innocent.

These paranoid ideas can lead to bad things in the name of "defense of the country". The Southern Poverty Law Center keeps track of home grown terrorist- militia-hate-groups. We have more than enough examples of these individuals and/or groups acting out their hate with guns in our country. From the website linked above:

And their numbers are growing.

Yikes. Seriously. This is nothing to sneeze at. Guns are very available to people like this. That is what we should actually fear. Recently I read this interesting article by a journalist who wanted to know more about the gun culture in the U.S. There is so much in this article that it's difficult to know where to begin. After reading most of the article about how this woman journalist spent time at a gun shop and a gun range and interviewed many gun owners, some of the comments really "hit the mark" about the American gun culture. From the article, there are these paragraphs that outline what some in the gun rights community believe about forming their own army, just in case:

"I guess the most surprising thing is that everyone thinks guns are so normal," I said. I told him it wasn't like that where I come from, not like that at all.

He nodded in consideration, and I wondered if he understood. I offered him a piece of gum, and he took it, and for a while we just chewed and admired the passing mesquite. "Think of just the hunters," he said. "Thirteen million in this country. That's 13 million Americans trained with firearms—the equivalent of the largest army in the world." He flipped his visor down to cut the sky. "Anyone thinking of invading this country has to take that into consideration."

Well, wow. Hunters? Hunters rising up? It took me a moment to conjure the image. I wondered whom Richard imagined an army of guys dressed in orange rising up against. Al Qaeda? The Chinese?

I asked him who. Who?

He shrugged, said it could be anyone, another country, anyone. He said the whole point of guns was personal responsibility: taking care of yourself, your family, your neighborhood, your country. The more people there are with guns, the safer the society. "That's part of what has made this country great," he said. "That we have the freedom to make sure we're safe, that we have the means to protect ourselves, to be ready for the occasional wackos out there."

I hadn't come here to discuss the Second Amendment, but it kept coming up, as pervasive as the constant hot sunshine. People wanted to talk about it, explain it.

"The largest army in the world," Richard said again. "Bigger than China's. And if you think Afghanistan and their populace is well armed, wait till they try to come into this country. It should give you some cause for comfort."

"The largest army in the world" is ready to defend our country in the guise of hunters. Really? This would be interesting, for sure, and likely a total disaster. I thought that's what the National Guard was all about. Or the military. But I digress. The hunters I know have no intention of becoming part of a citizens' army. But then, they are not extremists. They just love to hunt.

So, what has changed? In some ways, September 11, 2001 changed everything. Folks like the man in the article above are ready with their guns to defend our country against Al Qaeda. Did they think like this before the terror attacks? Did people like the Sikh temple shooter fear people who didn't look like them before September 11, 2001? Was there anti Muslim sentiment before September 11, 2001? We did have the Ku Klux Klan. We did have neo-Nazi groups. Fewer states had conceal carry laws before 2001. We had the Assault Weapons Ban until 2005. Now people who have fear and paranoia in their heads own more assault type guns previously banned. Why? What do they fear? The terror attacks were unsettling. I remember that feeling as if it were yesterday. I remember the fear I felt on that day and the anxiety. But the first thing on my mind was not to go out and buy a gun or to organize an army of citizen gun owners to fight the "enemy" at home. But then, I am not a part of the American gun culture. Today I will remember the many victims of violence in our country and hope we can prevent future attacks against Americans and also to prevent future gun injuries and deaths. After September 11, 2001, Americans came together to do something- to change some things- to make us all safer. We can do the same for the prevention of senseless shootings. I know we can because we are better than this.