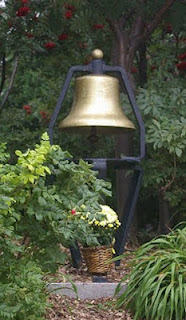 Today is National Day of Remembrance for Homicide Victims. Why should we have a day like this anyway? On average, 32 Americans a day are killed by bullets. Most homicides are due to shootings. 11,493 of 16,799 homicides came at the hands of a shooter in 2009 CDC statistics. That comes out to 3.7 per 100,000- the most gun homicide deaths of any other civilized country not at war. But it is interesting to note that these numbers are different, depending on the source. We are not alone in high gun deaths per 100,000. We share this "honor", according to the following linked article, with countries such as Honduras, El Salvador, Jamaica, Brazil, Colombia and some others. This article from the Guardian, shows America with fewer gun deaths per 100,000 than some countries, mostly Central and South American and African, but more than most industrialized countries not at war. According to this article 60% of homicides are due to firearms. That figure is slightly lower than most data which show that about 70% of homicides are due to firearms.

In 2006, firearms were used in 68 percent of murders, 42 percent of robbery offenses and 22 percent of aggravated assaults nationwide. (Weapons data are not collected for forcible rapes. See table 19  "Violent Crime," from Crime in the United States, 2006.)

Homicides committed with firearms peaked in 1993 at 17,075, after which the figure steadily fell, leveling off in 1999 at 10,117. Gun-related homicides have increased slightly each year since 2002.

But victims are not numbers. They are faces and names. They are your neighbors. They are people you know or know of. They are your friends. They are your sisters, brothers, husbands, wives, children, uncles, aunts or a parent. They were once living breathing Americans who walked the earth in the same places as we now walk. They are victims of a gunshot wound so awful that it took their life.

Today we ring the bell 32 times in memory of the firearm victims who die daily in America because of bullets. We remember all victims of homicide, no matter the cause. John Donne wrote For Whom the Bell Tolls:

"No man is an island, entire of itself; every man is a piece of the continent, a part of the main. If a clod be washed away by the sea, Europe is the less, as well as if a promontory were, as well as if a manor of thy friend's or of thine own were: any man's death diminishes me, because I am involved in mankind, and therefore never send to know for whom the bells tolls; it tolls for thee."


Common sense leads us to want change in memory of the victims. We need to demand a plan from our politicians to prevent gun deaths and injuries.

One of my commenters has tried to tell me that things are better now than they were in the 60s when people could buy guns anywhere and from unlicensed people, no less. I have tried to politely explain to him that people still do that today. Guns can be purchased from unlicensed sellers at gun shows, at flea markets, auctions, at sporting goods stores or other stores where the sellers are sometimes licensed and sometimes not. Guns are also given away by various types of vendors. Take this, for example- a gun give away at a Georgia jewelry store:

A Georgia jewelry store owner has come up with a new way to sell diamonds, WSB-TV reports.

Give away free guns with each purchase.

"A lot of our customers are hunters, and it just seemed like a great thing to do," Mike Geller, who owns two D. Geller and Son Jewelers, told the station. "It's unbelievable! There's websites that got a million hits about it."

Customers who purchase diamonds worth $2,499 or more from the Cobb County stores will get free hunting rifles.

Geller got the idea after seeing a similar offer at a Missouri car dealership, which ran out of cars and had to offer rain checks, he said.

There is a catch.

Those who qualify don't actually get guns in the jewelry stores. Instead, customers get vouchers for Adventure Outdoors in Smyrna, Ga.

"You have to follow all the rules and regulations in the state of Georgia to own a gun," Geller told WSB-TV.

Some people have complained about the offer, and at least one woman, Sophia Choi, told the station she is worried about safety. "I think it's stupid," she said.

Business at the stores has picked up, according to The Atlanta Journal Constitution.

The promotion came just in time for deer hunting season, which will begin Oct. 20, the paper reports.

Raise your hand if you can explain how guns and jewelry are at all connected. Amazing really, that vendors need to use gimmicks to sell their wares. Guns should not be the "draw".
Posted by japete at 6:45 AM