Don't fence me in; I have a gun 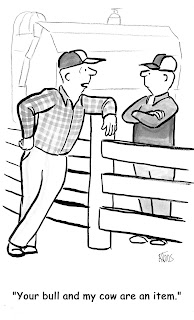 Every day in America, senseless shootings shatter the lives and dreams of innocent people. Often enough, it is over something trivial or that should be trivial to the average person. But it ends in a death or two. Arguments between people who know each other- friends, family, neighbors- shouldn't end in death. But unfortunately, the American gun culture encourages people to end their disputes by shooting the person who is annoying him/her. This Kentucky case is a tragic example, but only one of many that I write about on this blog. From the article:

"Police say Hindi was at the homeowners meeting for a short time before he started shooting. Some of the several people in attendance detained him until police arrived. Police did not immediately release other details such as what sort of weapon was used.

Slain was 73-year-old David Merritt, a one-time association president, who was shot once in the head and died at the scene, according to a deputy coroner.

The wounded man, whose name was not immediately released, was in critical condition Saturday at University of Louisville Hospital.

Barbara Pass, who lives down the street from Hindi, said people were intimidated by him.

“He threatened people, he would say things like, ‘You know I’ve got a gun and I just might use it.’”"

"You know I've got a gun and I just might use it." Yes, indeed. That is the problem. Many people have guns in American. And use them they do. They shoot others over fences in the neighborhood, over perceived slights, over taking out the garbage, over fearing someone walking around with nothing but Skittles in his pocket, over a contentious divorce, over an errant golf ball, over a girlfriend or boyfriend, over money, while inebriated, while mentally ill, in a domestic dispute, over a lost job, over the smallest of things. Disputes can be solved without shooting someone. When a gun is available, it will get used. And yes, a law abiding gun owner will shoot someone in cases like the above mentioned. Of course, criminals kill people as well. But the headline news is mostly filled with incidents of people who know each other using a gun to "solve" a dispute. We are better than this.

And then there's the Nevada law abiding gun owner who got so upset that an errant ball was hit onto his property that he shot the golfer who hit the ball. Yes, really. From this article:

A man has been arrested on suspicion of shooting and wounding a golfer after an errant ball broke a window at his home.

Jeff Fleming, 53, is accused of firing at a pair of golfers at the 16th hole on Thursday, striking the one who hit the home in Reno. The golfer was treated for minor injuries to an arm and both legs.

The suspect’s neighbors told investigators that it was a “common, everyday deal” for stray golf balls to hit their homes, police Lt. Keith Brown said.

“The neighbors were shaking their heads, and we were shaking our heads, and no one could put rhyme or reason to this (shooting). It’s crazy,” Brown told The Associated Press. “I’ve been an officer for 25 years, and if you’re here long enough, I guess you’ve seen everything.”

I would say that law abiding gun owner is lucky. What if he had killed a man over a golf ball? Or what if the bullet had ricocheted and killed someone else? Or what if he had missed and the bullet flew somewhere else on the course, killing someone in the rough just ready to swing their pitching wedge. What can we do? What could have prevented these incidents? It sure sounds like both shooters were having anger and control problems. Can we assume that the shooter in the first case was a legal permit holder? Why else would he be carrying in a public place? Why did his family sit by and watch this? Why didn't the neighbors report the man to law enforcement when he made threats? Could law enforcement have done something? Can guns be taken from people like this? In the second case, you just can't explain why someone would shoot a golfer who hit a ball through his window. Angry? Just get out your gun and shoot someone. Did he yell "fore" before he shot? Be careful out there on the links. You just never know what nut case is carrying a gun around to use in case of a bad drive or someone hitting the wrong ball or hitting into the wrong fairway.

The NRA had made darned sure that anyone, no matter how unstable, angry, drunk, ill- no matter what- can have a gun. And, what's more, they have made sure we can't strengthen our laws to make sure to protect the public from senseless shootings. This is just plain stupid and dangerous thinking. When law abiding Americans with guns are led to believe that it's O.K. to carry guns around in public places, that it's O.K. to bring a gun to a neighborhood meeting because, well, just because, these kind of shootings will continue. When law abiding gun owners have guns around their houses for "self defense"and shoot golfers instead, that's what we get for allowing the NRA to be in charge of public safety. We are better than this.

This is the fantasy world of the NRA.

I could either write a new post or add to this one about more law abiding citizens with guns gone wrong. As I said earlier- they just keep coming. Perhaps it's that they were always there but now there are people like me exposing the truth about gun incidents. At any rate, here are more to add to my above list:

An Iowa girl shot in the neck accidentally by a 16 year old acquaintance. Where do teens get their guns? They steal them ( see my previous article) from law abiding gun owners or from their own home or get them on the street. As we say in the Kid Shootings blog, "Every gun in the hands of a child must first pass through the hands of an adult." And is a case for the fact that people with little or no training handling guns make us much less safe. One of my gun guy friends on a previous post insists that training doesn't make a difference. He is wrong. Why do these things happen then?

A 3 year old girl is shot in the leg by her law abiding grandfather who was aiming at a stray cat. You just can't make these things up folks. Was this guy properly trained to use that gun? From the article, this quote grabbed my attention:

Child Protective Services will work with the family to make a plan to make the home safer. Van Ness said he will trap the strays in the future instead of shooting them.

Hmm. Really? Should they be discussing whether this grandpa should be allowed to have guns in his home? Raise your hand if you think this man is a responsible gun owner. Accidents happen. Accidents with loaded guns result in injury and death. Stupid and dangerous. Where is common sense?

So, dear readers, once again, I need to report a senseless shooting by a woman in New Orleans who mistook her husband for an intruder and shot and killed him. This is the "Shoot First, ask questions later" view of the world espoused by the NRA and gun rights extremists. Enough said.
Posted by japete at 3:47 PM

Email ThisBlogThis!Share to TwitterShare to FacebookShare to Pinterest
vention, Open Carry, conceal and carry permit holders, NRA, shootings by law abiding citizens, Wayne LaPierre, We Are Better Than This