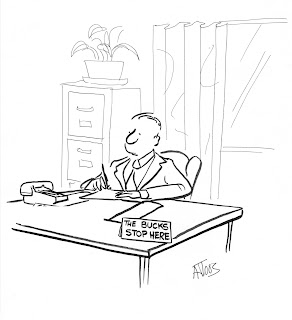 Once again, you just can't make this stuff up. This "law abiding" Florida gun owner is in a heap of trouble. Read below to find out why:

Jennings founded Bryco Arms. His company made guns that were known as Saturday night specials because they are low priced, easy to conceal and can still be found everywhere.

But Jennings filed for bankruptcy after a jury awarded $24 million to Brandon Maxfield, who was left a quadriplegic after a gun designed by Jennings accidentally discharged in the mid-90's and struck the then 7-year-old."

Oops- not a good idea to be involved in child pornography and still try to be a law abiding citizen in general. This guy was not around when common sense was handed out. He also doesn't seem to have learned that he just can't do anything he wants without getting caught. Further, knowingly designing really bad guns ( are some worse than others?) and selling them to the wrong people is clearly a bad idea that got this guy into trouble a while ago. That was before the gun lobby got itself tied into knots about these sorts of law suits that found gun makers responsible for bad gun designs that cause such things as accidental discharges. Now, of course we have the gun industry immunity law (Lawful Commerce in Arms) :

On October 26, 2005, President Bush signed into law S. 397, the "Protection of Lawful Commerce in Arms Act," a bill that prohibits victims of the gun industry's negligent practices from filing lawsuits in America's courts. No other industry in the country benefits from such special legal protection.

For years, the negligent practices of some gun makers and sellers have contributed to countless gun deaths and injuries. Beginning in the 1990s, courts began to hold gun sellers and manufacturers responsible for their behavior. Courts found that gun dealers irresponsibly sold to criminals, and that negligent gun makers failed to take basic steps to prevent illegal firearms trafficking by "bad apple" distributors and dealers.

U.S. Senator Larry Craig, an NRA Board Member, managed S. 397 on the floor of the chambe

While the National Rifle Association, representing the gun industry, has tried to silence legislators on issues of gun safety, the courts have always been there to stand up for victims of gun violence. Regrettably, the gun lobby was able to close the courthouse door on these victims with S. 397. Because guns are the only consumer product in America not subject to any safety-related regulatory oversight, gun industry immunity has eliminated the only existing check on their unscrupulous actions.

Here is why this is a bad idea and why Bruce Lee Jennings (above) was held liable for the death of a child ( from linked article above):

The gun industry immunity law prevents justice for gun victims who are injured in cases like the following, even if the plaintiffs aren't asking for any money:

A negligent gun manufacturer designs an assault weapon specifically to appeal to criminals and markets it to them; a would-be criminal chooses that assault weapon and uses it in a murderous rampage resulting in nine deaths in a San Francisco office building (Merrill v. Navegar)

A careless gun dealer ignores the frequent "disappearance" of guns from his inventory; one of the hundreds of "missing" guns, which was never reported missing, is used in a terrifying series of deadly sniper attacks in and around Washington, DC (Buchanan v. Bulls Eye Shooter Supply, et al.)

A gun maker that employs known criminals in its production facility fails to monitor its inventory, allowing these employees to leave the plant with several guns that have not been stamped with serial numbers. One of the guns is used in the murder of a 26-year-old man. (Guzman v. Kahr Arms)

P.S.- Right after I posted this one, an article came "across my desk" that needs to be discussed. This elderly man with dementia met police at the door with his gun. From the article:

SEATTLE - A 77-year-old man who was shot to death by Seattle police suffered from dementia, his family said Monday.

Henry Lee Sr. had the disorder and other diseases, his son, Henry Lee Jr. told The Seattle Times.

The man's grandson, Gabriel Lee, said he was a retired construction worker who lived alone and had been losing his memory over the past three years.

The King County medical examiner's office said it was working to confirm the name of the man.

Police said the man was alarmed by a disturbance outside his home and called 911 using his medical alert relay service. He was shot Sunday night when he met officers at the door with a gun, police said.

"He was talking about the lights outside and said he had a weapon and wasn't afraid to use it," said police Det. Mark Jamieson. The man also mentioned a prowler, but there was none, Jamieson said.

The man refused commands to drop the weapon, police said, and was killed when two officers fired.

No officers were injured. The officers involved were placed on paid administrative leave during the shooting investigation, which is standard procedure.

It's unclear why the man responded the way he did.

"We don't know what his thinking process was," Jamieson said.

The disturbance reported by the man turned out to be the fire department responding to a person in a car who appeared to have some sort of medical crisis.

Gabriel Lee told the Times his grandfather was still competent but forgetful.

"He used to have a lot of guns, but my dad took most of them away," Gabriel Lee said. "He was always nice to me. He took me fishing when I was a kid."

He should have taken ALL of his guns away. The man could have killed someone. In case you missed the heated debate about guns and elderly people, please check out the comments on my previous post that started with toddlers and guns but turned to senior citizens and whether or not they should continue owning guns if they have health problems.The case, above, supports my case and that of some other reasonable commenters on the post.