What can be said anymore about regular mass shootings? 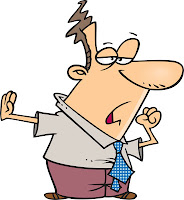 This article has been updated since the original post. See new information at the end of the post.

What's left to say? We have had another mass shooting in our country. This time in Wisconsin at a Sikh temple. Seven dead so far, including the shooter. Next week in Montana. The following week in New Jersey and after that in Alabama. Yawn. The elected leaders will fail to lead and we will all go on our merry way. Unless we don't, of course. It doesn't have to be like this. We have let it be this way. The NRA has promoted this gun culture and this is what we get. Our elected leaders are failing us, all the way to the top.

One of my readers sent me this great article about our gun culture:


"That’s about the sum total of leadership these days. Avoid the core issue, pray, and extend sympathies to the families of the victims. No mention of systemic and endemic factors, or of taking action to prevent this kind of tragedy in the future. (...)

That’s a mind-boggling figure. Indeed, we live in a country where firepower, both that held by individuals and by the state, is, frankly, pretty deranged. No other country on earth so bristles with means of killing—and no other country thinks it is quite so healthy an entertainment for us and our children to sit at a console for hours and try to “kill” other people—including civilians. No other country thinks it is moral behavior to use pilotless drones to kill—in large part—people whose only crime is that they’re young men of military age.

We just love our violence—so how surprising is it that violence for fun begets the real thing? (...)

Understandably, the violence that pervades our lives just makes us more angry and more dangerous to each other. We are, in short, a sick society on many levels—and we need to do something about it.

That’s a conversation we could be having. But our major media and our elected leaders would have to get it started.

In the meantime, we can talk among ourselves, in a civilized way, about how to become a more peaceable people. Here are a couple of openers:

□ An interesting study in which inexperienced players of violent video games showed more of a need to cleanse themselves afterwards than the veteran gamers. What does this tell us about acclimatization to violence?

□ More information on possible solutions can be found at sites such as the Brady Campaign to Prevent Gun Violence."

I love the title of the above article: " Did You Hear About the Shooting?" Several people have already called me to ask if I had heard about this latest mass shooting in Wisconsin. Yes, I had. It's Sunday. We have been at our cabin with our family. It's a beautiful day in Duluth, Minnesota. Why does another mass shooting have to intrude into our lives? It intruded into the Olympic coverage. It's on Facebook. It's on Twitter. Did you hear? Seven more are dead. A police officer is injured. Yawn! Leave me alone. Let me live my life. Don't tell me about the violence. What can I do about it anyway?

You can do something. Do check out the Brady Campaign and get involved. You can check out other national and state organizations. You can talk to candidates and make them answer questions. And then do a little screaming instead of yawning or shrugging your shoulders. This should be shouted from the rooftops. THE NRA IS BAD FOR OUR COUNTRY. WE HAVE TOO MANY VICTIMS. SOMETHING HAS TO HAPPEN TO CHANGE IT. WE CAN'T DO NOTHING. SPEAK UP. PLEASE PRESIDENT OBAMA AND CONGRESS, DO SOMETHING TO HELP US. WE ARE BLEEDING OUT HERE. HELP US CHANGE THE CONVERSATION. HELP US AT LEAST REDUCE THE NUMBER OF DEAD AND INJURED. HELP US PREVENT SOME OF THE SHOOTINGS? WHAT IS THE MATTER WITH YOU? WHY ARE YOU AFRAID TO SPEAK UP? THE NRA IS NOTHING. THEY DON'T MATTER ANY MORE. LIVES ARE BEING LOST EVERY DAY. DO SOMETHING. WE CAN'T DO NOTHING. WE ARE BETTER THAN THIS. WE NEED TO DEMAND ACTION. WHY DO WE HAVE TO DEMAND ACTION? ELECTED LEADERS SHOULD ACT ON THEIR OWN. THIS IS A MORAL ISSUE. THIS IS A PUBLIC HEALTH AND SAFETY ISSUE. CONGRESS IS HOME ON VACATION. CAN THEY AVOID TALKING ABOUT THIS? WILL THE MEDIA ASK THEM THE RIGHT QUESTIONS? WILL WE START THE CONVERSATION? WILL WE BE ADULTS?

There. I feel better now. Is there any common sense out there? I will be updating this article when more information is known about the situation. For now, all I can do is cry and scream. What is the matter with us? Ask the NRA for the answer.

This latest shooting is the 4th mass shooting in Wisconsin since 2004. From this article:

March 12, 2005: Seven people are killed and four wounded when Terry Michael Ratzmann opens fire at a Living Church of God service at the Sheraton Hotel in Brookfield. Ratzmann, a 44-year-old computer technician, then committed suicide.

Oct. 7, 2007: Six people are killed and one wounded when Forest County Sheriff's Department Deputy Tyler James Peterson goes on a shooting rampage at his ex-girlfriend's apartment. Peterson, 20, then shot and killed himself.

We won't know yet whether this shooting in Wisconsin was a hate crime. But this article reveals there is some concern about hate crimes specifically against the Sikh community:

Ninety-two members of U.S. Congress signed a letter to the Department of Justice in April urging the FBI to collect information on hate crimes committed against Sikh Americans, according to Rep. Joe Crowley (D-N.Y.)

Crowley's Web page says Sikh Americans are members of a community "that is acutely susceptible to violence because of their appearance."

"The more information our law enforcement agencies have on violence against Sikh-Americans, the more they can do to help prevent these crimes and bring those who commit them to justice," Crowley says in a statement posted on his Web page.

"The Department of Justice and FBI have carried out important outreach efforts in coalition with the Sikh community, but these efforts must also be paired with data collection to ensure we are doing everything possible," it says.

The letter asks the FBI to update the Hate Crimes Incident Report Form to include crimes committed against Sikh Americans.

Now we know that the shooter ( Wade Michael Page) was a neo-Nazi. From this article:

Authorities have identified the alleged gunman as Wade Michael Page. Sources say that Page had once served in the U.S. military, according to CBS News. Police officials have described the suspect as a stocky, 40-something Caucasian male with multiple tattoos. Unspecified evidence suggests ethnicity or race may have motivated the shooting; however, police have not identified any links to extremist groups.

An unnamed US defense official says that Page is a 40-year-old Army veteran who was honorably discharged in 1998 after six years of service, Bloomberg reports. Page served as a Hawk missile repairman and a "psychological operations specialist."

The Southern Poverty Law Center has identified Page as "a frustrated neo-Nazi who had been the leader of a racist white-power band." (The frontman of the band End Apathy, named Wade, gave this interview to the white supremacist website Label 56 in 2010.) SPLC also claim to have been tracking Page ever since he tried to buy goods from the neo-Nazi National Alliance in 2000. The National Alliance was led by Dr. William Luther Pierce, the author of the infamous 1978 novel The Turner Diaries. Pierce, who died in 2002, is considered one of the ideological godfathers of the modern American white nationalist movement. Pierce promoted white power music ventures, racist video games, weekly radio addresses, and online forums to advance his organization's cause.

This article confirms that Page was a "law abiding" gun owner:

The NRA and its' minions always claim that shooters like this are criminals. I would remind them that they become criminals in an instant once they have pulled the trigger. But they start out as legal and law abiding gun owners who fly under the radar. If Page was already identified by the Southern Poverty Law Center, he was someone known as a racist and a neo-Nazi. We can talk about sensible gun laws here but even they would likely not have prevented this shooting. What we have here is a country awash in guns and a dangerous mentality of some gun rights extremists. These are people who don't like anyone different from themselves. Fear and paranoia reign. It is promoted by the extreme leadership of the NRA. We need to change the gun culture in America. If our leaders stepped up and starting talking differently about gun rights, we could go a long way to doing that. As long as our leaders let the NRA's agenda rule, our country will continue to see shootings such as this one. If we make it clear that we will strengthen our gun laws and we will challenge the current thinking about gun rights and what they actually mean, maybe we will get somewhere. We are the only country with the sort of gun culture that allows for mass shootings and every day shootings without challenging ourselves to do better. We are better than this. We must be better than this. Maybe common sense will rule the day instead of the dangerous agenda of the NRA's extremist leadership.
Posted by japete at 3:11 PM