The latest in shooting news and other NRA fairy tales 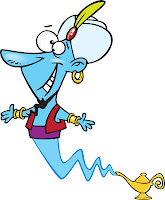 Some days, I despair at the stories I read. There are so many today that it's hard to know where to start. I am just going to list the incidents of law abiding gun owners, some of whom are permit holders, who were irresponsible with their guns. They speak for themselves and require no comments from me. So here they are:


Sigh. These are the people the NRA types on my blog and other blogs think could have handled the New York City shooting better than the police officers in the midst of chaos on a busy major city street.

In other news, there have been 2 school related shootings already and school has just begun. Here they are:

A 15 year old Baltimore student shot and seriously wounded a 17 year old boy in the school cafeteria on the first day of school. The gun came from the home of his father. The shooter was stopped by school staff when they tackled him; no gun needed to stop this shooting. From the article:

"But let this episode also be a reminder that guns of all types are best held by responsible adults under lock and key. A 15-year-old should no more have unfettered access to a shotgun than to a motor vehicle or stick of dynamite. The emotional turmoil that is adolescence is uncertain enough without bringing firearms or other deadly weapons into the fray. The gun in question was allegedly taken from Mr. Gladden's father's home."

From another article about this shooting:


No one answered the door Monday evening at the home of the alleged shooter's mother. A sign at the house said, "We don't call 911" and had a carved relief of a gun.

Children learn much from their parents.

In Indiana, an Indiana State student shot a former student in a parking lot near the campus following an argument. They had been drinking:


William Mallory, 21, opened fire on three men with a handgun Friday around 3 a.m. in an ISU parking lot across the street from Ballyhoo Tavern in Terre Haute, Ind. Police say an argument happened inside the bar about an hour before the shooting. Mallory initially fled the scene in a car driven by someone else, but was later apprehended and taken to a Vigo County Jail facing a murder charge.

Mallory was suspended from the school which is now the least of his problems. Drinking and guns don't go together and shouldn't ever go together. We should remember that in many states, including my own, the NRA didn't care about that and got laws passed allowing permit holders to carry guns in bars and restaurants where alcohol is served.

In other news, the NRA has been busy of late pushing its' agenda of fear, hate and lies. Some of them are repeated almost verbatim in recent comments on my blog. Where to start? How about with an interview on NRA radio with Wisconsin Governor Scott Walker during the Republican Convention:


During the August 27 edition of Cam & Company on NRA News, producer Cameron Gray facetiously asked Wisconsin Governor Scott Walker if there had been any "crazy shootouts" since Wisconsin loosened its gun laws in July 2011. Gov. Walker stated that "none of the bad things we heard talked about" happened.

Oops. He must have forgotten about the Sikh temple shooter who shot up a lot of people a few weeks ago in a hate crime. Stupidly, Governor Walker mentions how happy some in the National Guard are about the concealed carry law in Wisconsin. He must have forgotten that the shooter of 6 at the Sikh temple was an army veteran, a man with alcohol problems, a member of a neo Nazi group and was a law abiding citizen just seconds before he pulled that trigger.

In another interview on NRA radio, an NRA supporter, Anthony Gregory from the Independent Institute, spouted some pretty amazing assertions and revealed the true agenda of the NRA post these past few weeks of mass shootings. There is so much here, it's hard to know where to begin. But here goes:


Because, unfortunately, in an open society you're going to have an occasional tragedy like this, and I don't think there is any way to eliminate them 100 percent. But surely gun control doesn't stop them either. And there are many other problems with gun control. I think gun control exacerbates these types of tragedies. But they have all these other costs to society that I think are very horrible. The biggest one of course being the cost to individual liberty.

Right. Where are the individual liberties of the victims of the mass shootings? Apparently that is not important. But here is what is, according to Gregory ( from the article):


I find it kind of ironic that people don't see that gun control is itself a form of gun violence. The violence is being enforced by the state. But gun control is violent. Whereas I would think any pacifist should oppose gun control because gun ownership isn't violent. Gun control is.

Raise your hand if you think the totally improbable and lunatic idea that gun control is, in itself, a form of gun violence. Further, in the conclusion of the Media Matters article ( from the author of the article):

What Gregory is espousing is essentially a philosophy of anarchy and lawlessness where freedom can only be secured through force. This type of thinking is an anathema to the concepts of rule of law and ordered society that play a key role in our democracy.

Furthermore, mass shootings are not just "occasional" events as Gregory suggests. During a one month period this summer, five high-profile mass shootings occurred in the United States.

Sigh. Some days one wonders if there is any common sense. The genie is out of the bottle. The NRA's dangerous and extreme agenda is on display and we should all be paying much closer attention, particularly our elected leaders. But then, some of them support this very same agenda. See below for the Republican gun rights platform.

Even the NRA has to admit when some of the ridiculous conspiracy theories espoused by their own are over the top. Such was the case with the idea that the federal government was ordering lots of ammunition, particularly the Social Security Administration, in order to kill Americans in some sort of plot. Wow. In this article, the NRA tried to correct the nonsense but sort of half heartedly because really the message is one they like to spout:


A recent opinion piece appearing in the Daily Caller which suggests that the federal government is purchasing large amounts of ammunition with the purpose of killing American citizens is so deranged that even the conspiracy-peddling National Rifle Association has debunked the claim.

He then asked, "If so, why would the U.S. government want the SSA to kill 174,000 of our citizens, even during a time of civil unrest? Or is the purpose to kill 174,000 of the nation's military and replace them with Department of Homeland Security (DHS) special security forces, forces loyal to the [Obama] Administration, not to the Constitution?"

Good grief. What next? Well here's what's next. The NRA has written the Republican Party's gun policy platform. No surprises here since we know that the Republicans and some Democrats are bought and paid for by the NRA. Let's take a look at the most extremist gun positions in the history of the Republican party:

Several prominent conservatives and conservative groups praised the new platform. FreedomWorks, an advocacy group associated with the Tea Party movement, applauded the Republican Party for adopting much of what it called “the Tea Party’s ‘Freedom Platform.’ ” Phyllis Schlafly, a longtime conservative icon, wrote in The Washington Times that this year’s Republican platform “may be the best one ever adopted.” And the platform’s gun-rights section — which included the party’s support for “the fundamental right to self-defense wherever a law-abiding citizen has a legal right to be” — drew strong praise from the National Rifle Association.

David Keene, president of the association, said on the group’s Web site that “the 2008 platform of the Republican Party was perhaps the most gun-friendly platform that any party had ever adopted, and I’m happy to be able to report that this year’s Republican platform is even stronger in terms of dedicating a major party to the protection of the Second Amendment.”

Good news, all. The more extreme, the better for these folks.

Let's summarize. Law abiding gun permit holders continue to make terrible mistakes with their guns. The school year started out with a bang with one high school and one college campus shooting. The NRA's agenda includes paranoia, fear, and downright dangerous rhetoric bordering on anarchy. The NRA and its' friends mock mass shootings and gun control and call gun control gun violence. And in the light of the many recent mass shootings and the daily carnage all over our country, the NRA and the Republicans are becoming more extreme in their views towards guns, gun violence and the belief that more armed Americans will make us all safer. None of this fits with the reality of or the number of victims. When, in one night, 19 are shot on the streets of Chicago, and nothing is done, we know we are better than this. Shame on us for letting the carnage continue.


I forgot to add that the NRA hosted a "shoot-out" at the Republican convention. Great idea, right? Wrong. One must prove their shooting bona fides in order to be a true believer, I guess. In light of all of the recent shootings, this idea was ill conceived and irresponsible.